UK firm evacuates some staff from Sierra Leone over Ebola

Sierra Leone last month recorded five deaths from Ebola, its first confirmed fatalities from an outbreak that has is believed to have killed around 185 people in neighbouring Guinea and Liberia 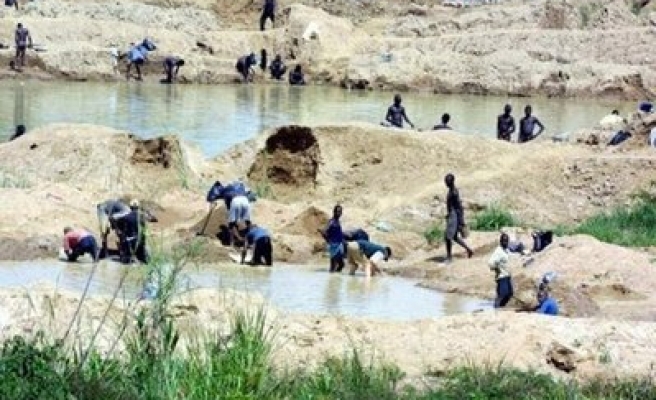 Iron ore producer London Mining has evacuated some non-essential staff from Sierra Leone and imposed travel restrictions due to an outbreak of the deadly Ebola virus, the company said on Tuesday.

Sierra Leone last month recorded five deaths from Ebola, its first confirmed fatalities from an outbreak of the haemorrhagic fever that has is believed to have killed around 185 people in neighbouring Guinea and Liberia since March.

London Mining said its output had not been affected and no cases of Ebola had been found in communities around the mine.

But a spokesman for the company, which operates the Marampa mine some 120 km (75 miles) east of Freetown, said eight non-essential staff had left Sierra Leone at the weekend and those abroad on holiday had been advised not to return for now.

"The company has also restricted non-essential travel and all such travels are approved by the managing director of London Mining," Osman Lahai said.

A spokesman for African Minerals, another British iron ore miner in the West African state, said it had also introduced travel restrictions on workers but operations were otherwise unaffected.

Both firms said they had put in place systems to screen the body temperatures of people working on their sites.

The confirmed cases of Ebola in Sierra Leone have all been located close to the border with Guinea's Gueckedou prefecture, near the epicentre of the regional outbreak.

Theo Nicol, Sierra Leone's deputy information minister, said the government was doing everything it could to fight the disease and all cases in the capital, Freetown, had tested negative so far.

Underscoring the challenges tackling a highly contagious disease with a fatality rate of up to 90 percent in countries with some of the weakest health systems in the world, relatives of an Ebola patient in Sierra Leone took her home saying they did not trust the care she was given.

Sierra Leone began exporting iron ore in 2011, fuelling economic growth and highlighting the flood of investment into the country during the decade since its civil war ended.

However, Sierra Leone remains one of the world's poorest and least developed countries, and there is widespread frustration that despite the mining boom, more than half of the population of 6 million lives on less than $1.25 per day.