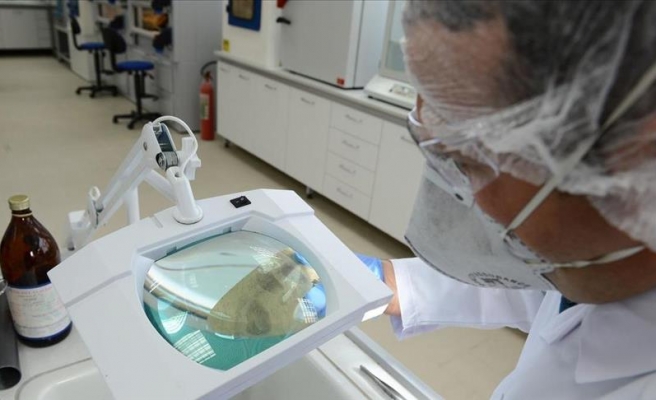 U.K. scientists have discovered that the human immune system can be used to detect and attack cancer cells in a “ground-breaking” step in the fight against the disease.

Researchers at University College London (UCL) say they have developed a new method of fighting cancer which uses personalized medicine to steer the body’s natural antibodies toward attacking tumors.

“The body’s immune system acts as the police trying to tackle cancer, the criminals,” said Dr. Sergo Quezada, a co-author of the study, which was funded by the Cancer Research UK charity.

Quezada continued: “Genetically diverse tumors are like a gang of hoodlums involved in different crimes – from robbery to smuggling. And the immune system struggles to keep on top of the cancer – just as it’s difficult for police when there’s so much going on.

“Our research shows that instead of aimlessly chasing crimes in different neighborhoods, we can give the police the information they need to get to the kingpin at the root of all organized crime – or the weak spot in a patient’s tumor – to wipe out the problem for good.”

The scientists said they had isolated specialized immune cells, known as T-cells, from two patients suffering from lung cancer.

These T-cells have the potential to wipe out all cancerous cells within a tumor but are ordinarily switched off by the tumor’s defenses.

The UCL research has identified a method of activating T-cells to target tumorous cells – which could eventually be developed into a vaccine.

But the new method – which involves creating specially modified medicine for each patient – risks being very costly.

Nonetheless, UCL professor Charles Swanton said: “I will be disappointed if we haven't treated a patient within two years.

“Do we think it's going to work? I hope this is going to result in improvements in survival outcomes. If this doesn't work I'll probably hang my hat up and do something else.”