UN: One in eight people around the world go hungry 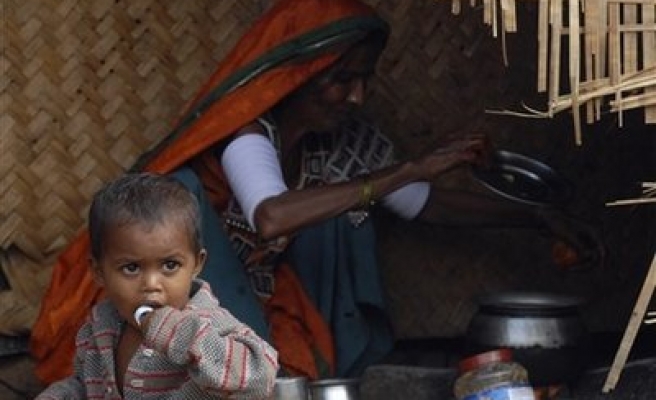 One in eight people around the world is chronically undernourished, the United Nations' food agencies said on Tuesday, warning world leaders that some regions would fail in halving the number of hungry by 2015.

In their latest report on food insecurity, the U.N. agencies estimated that 842 million people were suffering chronic hunger in 2011-13, or 12 percent of the world's population, down 17 percent from 1990-92.

The new figure was lower than the last estimate of 868 million in 2010-12 and 1.02 billion in 2009, but the report said progress in meeting the Millennium Development Goal to halve the prevalence of hunger in the world by 2015 was uneven.

Many countries were unlikely to meet the goal adopted by world leaders at the United Nations in 2000, said the Food and Agriculture Organisation (FAO), the World Food Programme (WFP) and theInternational Fund for Agricultural Development (IFAD).

"Those (countries) that have experienced conflict during the past two decades are more likely to have seen significant setbacks in reducing hunger," the report said.

FAO, WFP and IFAD define undernourishment, or hunger, in the State of Food Insecurity in the World2013 report as "not having enough food for an active and healthy life" and an inability to "meet dietary energy requirements".

Policies aimed at boosting agricultural productivity and food availability were crucial in reducing hunger even where poverty was widespread, the agencies said.

"When they are combined with social protection and other measures that increase the incomes of poor families to buy food, they can have an even more positive (effect) and spur rural development," they said.

Remittances, three times larger than official development assistance, have had a significant impact on food security by leading to better diets and reduced hunger, they said.

The vast majority of people suffering hunger, or 827 million, live in developing countries, where the prevalence of undernourishment is estimated at 14.3 percent, the report found.

Africa remains the region with the highest prevalence of undernourishment, with more than one in five people estimated to be undernourished, while most of the undernourished people are in southern Asia.