Improvement has been seen around the globe, even in the key tropical rainforests of South America and Africa 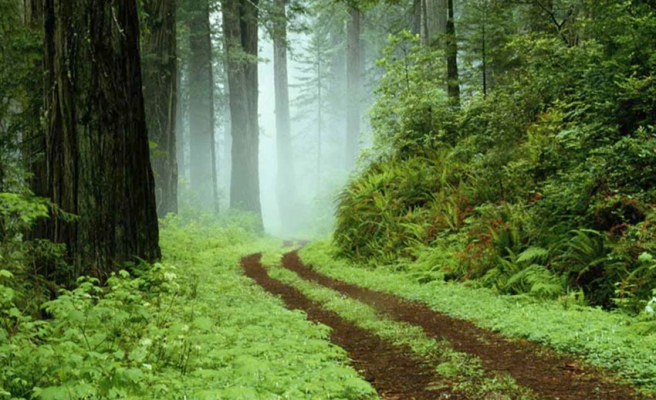 The rate at which the world is losing its forests has been halved, but an area of woodland the size of South Africa has still been lost since 1990, a UN report said Monday.

Improvement has been seen around the globe, even in the key tropical rainforests of South America and Africa, according to a surprisingly upbeat Forest Resources Assessment (FRA), which is released every five years.

Despite the good news, it points out that since 1990, the world had lost forests covering some 129 million hectares -- an area the size of South Africa.

"Even though, globally, the extent of the world's forest continues to decline... the rate of net forest loss has been cut by over 50 percent," said the report by the UN's Food and Agriculture Organization (FAO).

The assessment was released at the World Forestry Congress in the South African port city of Durban, host to the 14th edition of the conference.

"FRA 2015 shows a very encouraging tendency towards a reduction in the rates of deforestation and carbon emissions from forests and increases in capacity for sustainable forest management," said FAO director-general Jose Graziano da Silva.

"The direction of change is positive, with many impressive examples of progress in all regions of the world.

"However this positive trend needs to be strengthened, especially in the countries that are lagging behind," he said.

Halting deforestation is a key focus of UN negotiations for a global pact to limit disastrous climate change caused by greenhouse gas emissions.

The UN talks are designed to secure a deal to be signed by world leaders in Paris in December.

In 1990 the world had 4,128 million hectares of forest covering 31.6 percent of the global land area, the forest report said.

The net annual rate of loss -- which takes into account the planting of new forests -- has slowed from -0.18 percent in the 1990s to -0.08 percent over the last five years.

Planted forest area has increased by more than 110 million hectares since 1990 and now accounts for seven percent of the world's forest area.

The biggest loss of forests occurred in the tropics, particularly in South America and Africa, although even there the rate of loss "has decreased substantially in the past five years", the report says.

Natural forest will probably continue to decline mainly through land clearance for agriculture, but "due to growing demand for forest products and environmental services, the area of planted forests is likely to continue to increase in coming years".

The conclusions raised questions of whether alarm bells sounded over forest loss have been overplayed, but the report's team leader, Kenneth MacDicken, said the FRA had led a change in attitude over deforestation.

"The FRA has since 1948 reported forest area change -- including the loss of forest area in the tropics.

"Actions in response to this information have helped slow the rate of forest loss -- and in some countries have resulted in increased forest area," MacDicken told AFP from his base in Rome.