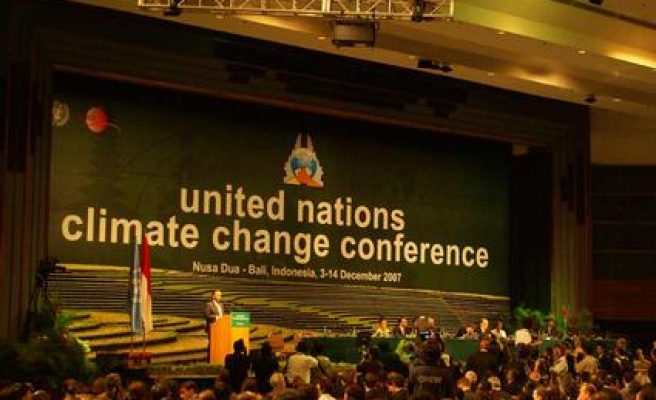 Prospects are strong for the United Nations’ annual climate talks to produce a draft paving the way for a global pact in a year’s time, says analysts.

Envoys from 195 nations will gather here Dec. 1 – 12  to work out an accord to be signed in Paris next year.

A series of big pledges and mounting scientific evidence on climate change impacts suggest a clear case for collaboration at the 20th Conference of the Parties, or COP, next week.

After an impasse in Copenhagen in 2009 in reaching a global treaty, the pact now focuses more modestly on “nationally determined” plans to reverse greenhouse gas emissions.

But experts have warned that collective contributions may not be enough to offset a 3.6 Fahrenheit (2 Celsius) rise in temperatures on pre-industrial levels by 2100 – vital in avoiding the worst effects of climate change, according to scientists.

Temperatures have already risen 0.85 degrees Celsius since the Industrial Revolution.

Major announcements in recent weeks by the United States, China and European Union – responsible for more than half of global emissions – have catalyzed action in Lima.

Last month, the EU set a goal to cut emissions by 40 percent below 1990s levels by 2030, as well as promoting a low carbon economy.

In a surprise announcement by China’s President Xi Jinping and U.S. President Barack Obama, the U.S. followed by raising its target to 28 percent of emissions below 2005 levels by 2025. China in turn said it would cap emissions by “around 2030.”

“A tremendous amount had to be achieved, and it appears it has been,” Richard Kinley, Deputy Executive Secretary of the United Nations Framework Convention on Climate Change told reporters at a conference earlier this month.

“It’s setting the stage well for all that needs be done [in Lima].”

Pledges to the Green Climate Fund, that helps developing countries cut emissions and prepare for climate change, were now close to hitting the $10 billion target for the year.

Thirty nations have now put up $9.3 billion in funding, with the U.S. and Japan giving $4.5 billion last week.

There was a “sense of momentum" in the air, Andrew Steer, president of the World Resources Institute, a global research organization, told reporters.

“Doing the right deal in Paris a year from now will be hard work, but we are more optimistic than we were a year ago, and certainly more than two years ago.”

The Paris agreement set to take effect in 2020, will be the first ever to bind rich and poor. But broad differences remain on its scope.

Most developed countries think the focus should be on post 2020 actions to reduce emissions of greenhouse gases, referred to as mitigation.

But developing countries call for stronger commitments to climate finance, and adapting to the growing impacts of climate change.

The publication this month of the “synthesis report” of the UN’s scientific body, the Intergovernmental Panel on Climate Change, underlined the growing evidence that climate change impacts are coming to bear sooner.

Countries already weathering impacts such as rising sea levels or droughts are demanding provisions before the post 2020 agreement.

“For the first time adaptation may be reaching political parity with mitigation,” said Kinley, adding it may be the “signature outcome” in Lima.

The question of whether countries would be legally bound to honor their 'nationally determined contributions,' or undertake assessments, would make up part of the negotiations.

Countries have to report their targets by next March.

Along with the U.S., India and other developing countries are opposed to being locked in to such agreements that may leave “not enough emissions on the table,” Jan Kowalzig, lead policy negotiator for Oxfam International at the Lima summit told The Anadolu Agency.

“It gives us the suspicion that maybe making sure we’re staying below the 2 degrees limit is not totally on the agenda for some of these countries,” Kowalzig added.

Lima was the “last chance” for industrialized countries to outline which nations would provide the $100 billion, which had been committed annually from 2020 onwards in Copenhagen.

“If we load that agenda onto Paris, it might be just too much,” Gallagher added.

Other issues to be developed at Lima include advances on the REDD+ mechanism, that curbs deforestation by awarding carbon credits, and technological transfer to help poorer countries.

Kowalzig also urged action on climate finance and said developed countries may use pledges to the Green Climate Fund as an excuse not to make progress toward giving up the $100 billion.

Lima’s conference is tasked with clearing much of the workload for Paris, with a draft agreement signed by all as its centrepiece.

The president of the COP and Peru’s Environment Minister, Manuel Pulgar Vidal, has been consistently sanguine about its prospects.

Irreconcilable positions have previously led to a stalemate – most notably at Copenhagen in 2009 – eroding faith in the ability of global efforts to tackle climate change.

“Lima is not only a preparatory meeting, it’s a key meeting and should leave things very advanced to achieve a climate agreement in Paris next year,” Pulgar-Vidal told Canal N news this week.

But the international community has learned to better manage expectations, erring on the side of caution.

“We’re not going to make a huge song and dance about any success because it may be perfunctory in some ways. But it’s important we get it right in the run up to Paris," she said.