"What we are recommending is that the 510(k) is fatally flawed in terms of it not evaluating safety and effectiveness of a device," said Dr. David Challoner, chairman of the IOM's committee. 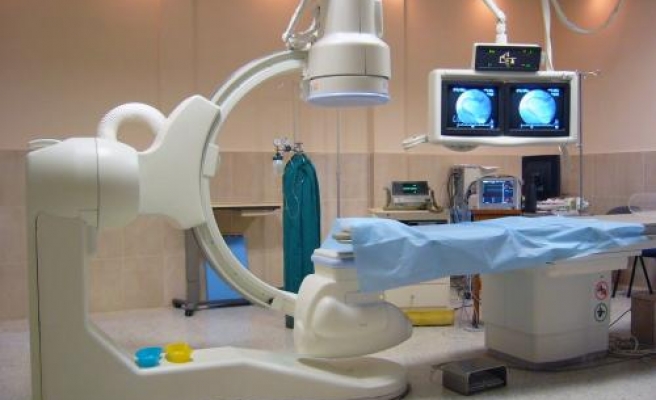 An advisory group said the U.S. fast-track approval process for medical devices is fatally flawed and should be replaced, but the Food and Drug Administration said the recommendation was a non-starter.

The FDA had asked for the Institute of Medicine report as part of a broad agency review of its device unit, an area dogged by high staff turnover, funding woes and major recalls in recent year of devices ranging from artificial hips to heart defibrillators.

The IOM found the fast-track approval process, called 510(k), does not adequately protect patients and recommended a more thorough approval process likely to raise the costs for device makers with pre-market and post-market device reviews.

"What we are recommending is that the 510(k) is fatally flawed in terms of it not evaluating safety and effectiveness of a device," said Dr. David Challoner, chairman of the IOM's committee.

But the finding was swiftly rejected by the FDA's top device official.

"FDA believes that the 510(k) process should not be eliminated, but we are open to additional proposals and approaches for continued improvement of our device review programs," Dr. Jeffrey Shuren, director of the FDA's Center for Devices and Radiological Health, said in a statement.

The 510(k) program allows medical devices to get to market faster if they are "substantially equivalent" to an existing product.

Critics say the accelerated 510(k) process is too widely used and leads to inadequate testing for some risky devices, but it is defended by the industry as necessary to speed technologies to patients.

The medical device industry has argued for either leaving the 510(k) process as it is or further streamlining the approval process. Most new medical devices -- about 4,000 in 2009 -- are cleared through the accelerated program.

The FDA has proposed changes, including the possibility of creating a new category of more risky devices that would require more data to win approval.

High-profile incidents include a massive recall last year of artificial hips by Johnson & Johnson's DePuy unit. Some 93,000 patients worldwide had that line of hip implant.

Automated external defibrillators, used in public places such as airports to revive cardiac arrest victims, have also made up a significant portion of 510(k) recalls in recent years. Health officials are looking at thousands of reports of malfunctions which may have led to patient harm or death.

The IOM suggested the FDA start collecting information to build the new process, including post-market data for devices. Congress should then enact legislation to design the regulatory framework, according to the report.

"A new system needs to be put in place that will be more effective especially in post-market surveillance," said Challoner.