"The virus is endemic at this point throughout the United States," with the possible exception of high-altitude regions such as the Rocky Mountains, said the CDC's Petersen. 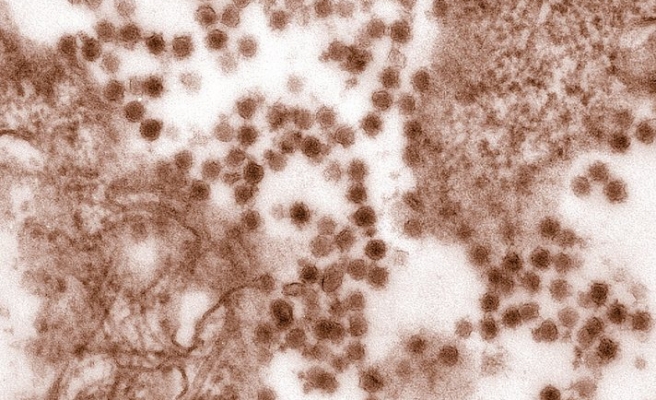 A total of 1,590 cases of West Nile virus, including 66 deaths, were reported through late August this year in the United States, the highest human toll reported by that point in the calendar since the mosquito-borne disease was first detected in the country in 1999, health officials said on Wednesday.

The toll is increasing quickly and "we think the numbers will continue to rise," said Dr. Lyle Petersen, director of the U.S. Centers for Disease Control and Prevention's Division of Vector-Borne Infectious Diseases.

Through last week, 1,118 cases and 41 deaths had been reported. The updated figures represent a 40 percent increase in the number of cases and a 61 percent spike in the number of deaths, but are short of the all-time record for a full year: 9,862 cases and 264 deaths in 2003.

In hard-hit Texas, the number of confirmed cases soared to 733, up 197 from last week, said Dr. David Lakey, commissioner of the Texas Department of State Health Services. Deaths reached 31, up 10 from last week.

"It looks like it is going to be our worst year ever," said Lakey. "As I look at the data, I'm not convinced we have peaked."

All 48 contiguous states have reported cases of West Nile virus in birds, which act as hosts; in mosquitoes, which transmit it by biting birds and then mammals including humans; or in people. Only Alaska and Hawaii have been spared. And 43 states have at least one human case.

"The virus is endemic at this point throughout the United States," with the possible exception of high-altitude regions such as the Rocky Mountains, said the CDC's Petersen. "There is a risk almost everywhere."

So far, however, more than 70 percent of the human cases have been reported in just six states: Texas, South Dakota, Mississippi, Oklahoma, Louisiana, and Michigan.

Only 2 percent to 3 percent of cases of West Nile fever are reported to health officials, said Petersen, which suggests that the actual number of cases is 30 to 50 times higher than reported.

That is partly because an estimated 80 percent of infected people have no symptoms, said Dr. Robert Haley, of the University of Texas Southwestern Medical Center in Dallas, in an essay last week in the Journal of the American Medical Association.

About 20 percent of infections cause only mild symptoms, including aches and fever, explained Haley. One in 150 people infected with the virus develop neurological conditions such as meningitis, encephalitis and other illnesses that can cause disorientation, cognitive impairment, muscle weakness, and movement problems that resemble those of Parkinson's disease.

Of those who develop this "neuroinvasive" form of West Nile, an estimated 4 percent to 18 percent die, said Haley, mostly those who are older or suffering from other illnesses.

THE HOTTER THE WEATHER, THE FASTER THE VIRUS

There is no treatment for West Nile infection, and no vaccine. The disease is transmitted by Culex pipiens mosquitoes, also known as common house mosquitoes, and the only preventive measure is to avoid being bitten.

People can reduce their risk by eliminating the small pools of standing water - in bird baths, outdoor flower pots and the like - where C. pipiens breed.

Public health experts and entomologists are baffled about why 2012 is such a big year for West Nile. But Petersen said a U.S. heat wave has been an important contributing factor.

"Higher temperatures foster faster reproduction of both the mosquito and the virus," said Tony Goldberg, professor of epidemiology at the University of Wisconsin, Madison, who has studied urban outbreaks of West Nile since shortly after the virus arrived in the Midwest.

"The hotter it is, the faster the virus can replicate," said entomologist Gabe Hamer of Texas A&M University.

As the virus reproduces more quickly inside its bird host -- it likes species from robins and blue jays to sparrows -- there is a greater chance that a mosquito biting the bird will pick up a large number of viruses and transmit them to its next victim.

Higher temperatures also increase mosquito activity, making them more likely to be flying around, especially at night, and looking for a meal.

Another factor contributing to this year's outbreak is the continuing cycle of droughts and downpours, a precipitation pattern predicted by models of climate change.

With normal rainfall, those breeding pools are washed away in the next storm. But when heavy spring rains are followed by summer dry spells, as has been the case in much of the United States this year, the breeding pools remain for weeks or months, said Goldberg, and the mosquito population explodes.

"As we keep getting more climate extremes," he said, "there will be more years with many more cases of West Nile."