Of the 13 deaths, four were in New Mexico, two were in Colorado, two were in Texas, and there was one each in Kansas, Maryland, Missouri, Nebraska and Oklahoma. 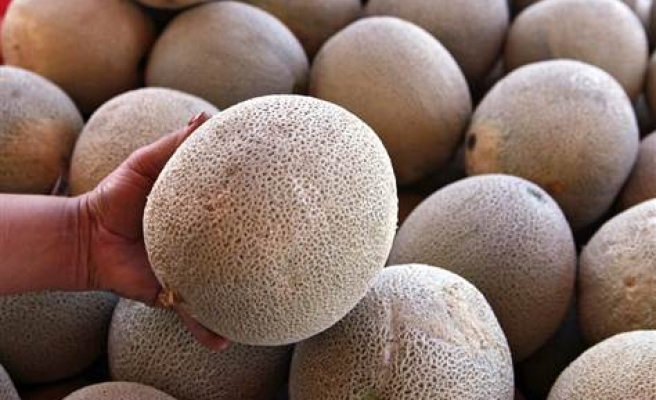 A listeria outbreak linked to cantaloupes from Colorado has infected 72 people in the United States and killed 13, U.S. health officials said on Tuesday.

So far, 18 states have reported infections from one of the four strains of listeria involved in the outbreak, the CDC said.

Of the 13 deaths, four were in New Mexico, two were in Colorado, two were in Texas, and there was one each in Kansas, Maryland, Missouri, Nebraska and Oklahoma.

All of the illnesses started on or after July 31.

The CDC has traced the source of the outbreak to cantaloupes grown at Jensen Farms in Granada, Colorado.

Earlier this month, the U.S. Food and Drug Administration confirmed that it found Listeria monocytogenes, the bacterial strain found in the tainted cantaloupes, in samples of melons from Jensen Farms.

The company issued a recall on Sept. 14 of its Rocky Ford-brand cantaloupes in response to the outbreak. The fruit was shipped to at least 17 states from July 29 through Sept. 10, 2011.

The FDA has advised consumers to throw out the recalled melons.

The outbreak in melons is the deadliest in the United States since a 1998 multistate Listeria outbreak involving contaminated hot dogs and deli meats that killed 32 people and sickened 101.

According to the CDC, some 1,600 people become sick with listeriosis and 260 of them die from the infections.

The Center for Science in the Public Interest, a health advocacy group, said the outbreak underscores the need for the FDA to issue guidelines and regulations to help keep pathogens out of produce.

According to the group, melons have caused at least 36 outbreaks of foodborne disease since 1990, although this is the first attributed to Listeria.

Earlier this year, more than 4,100 people in Europe and North America were infected in two outbreaks of E. coli infection linked with sprouted seeds imported from Egypt. The infection killed 48 people in Germany and one person in Sweden.