Federal officials are stumped by the severity of the outbreak. 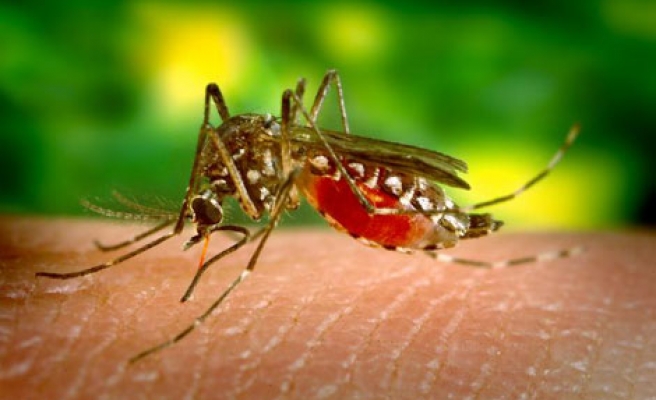 The number of West Nile virus infections in the United States has jumped more than 60 percent in the past week in what federal officials say is one of the country's biggest-ever outbreaks of the disease.

The U.S. Centers for Disease Control said on Wednesday that 1,118 cases and 41 deaths had been reported so far this year, up from fewer than 700 cases and 26 deaths just one week ago.

That is the highest number of West Nile virus infections reported through the third week of August since the virus was first detected in the United States in 1999, the CDC said. The worst U.S. outbreak occurred in 2003, with 9,862 cases and 264 deaths that year.

"We're in the midst of one of the largest West Nile virus outbreaks ever seen in the United States," said Dr. Lyle Petersen, director of the division of vector-borne infectious diseases for the CDC.

Federal officials are stumped by the severity of the outbreak.

Cases usually flare up in the summer because the illness is most often transmitted from infected birds to people by mosquitoes.

Victims may suffer fever and aches that can become severe or even cause death, especially in the elderly, children and other at-risk groups. There is no specific treatment for the infection.

Symptoms are often mild and many people stricken do not see a doctor, meaning cases are likely underreported.

More than half of this year's cases are in Texas, but the disease now has been detected in 47 states, and 38 states have reported cases in humans, with only Alaska, Hawaii and Vermont reporting no cases.

About 75 percent of the cases have been in Texas, Mississippi, Louisiana, Oklahoma and South Dakota, officials said.

Nationwide, 56 percent of cases are of the more serious type that can cause paralysis, meningitis or encephalitis, the CDC said. The remaining 44 percent are the milder form of West Nile Fever.

Officials said they were uncertain why this year's outbreak had been so severe. A mild winter, a hot summer and other factors such as fluctuations in the bird population are contributors, officials said.

"We don't really know why it's worse this year than in previous years," Petersen said. "One observation that has occurred over many decades ... has been that hot weather seems to promote West Nile virus outbreaks."

Dallas, where a health state of emergency was declared this month, is experiencing an unprecedented epidemic, said Petersen.

Latest figures show there have been 640 cases of the disease in Texas. Texas state health officials said 23 people had died, including 15 in north Texas.

So far, 11 deaths have been reported in Dallas County this year, compared with 10 in the period between 2003 - when the disease was first detected in Dallas - and 2011.

Aerial pesticide spraying in the city of Dallas and surrounding cities has been under way since last week.

Officials are bracing for more cases because West Nile peaks in mid-August and lasts through September. There is often a lag between the time of infection and the appearance of symptoms.