Video-based therapy may help babies at risk of autism 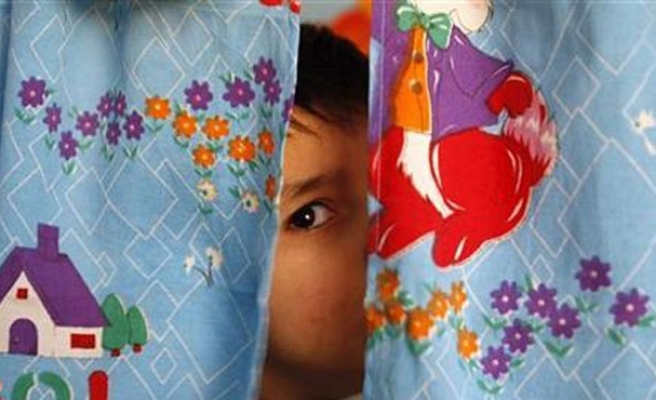 Video-based therapy for families with babies at risk of autism improves infants' engagement, attention and social behaviour, and might reduce their risk chances of developing the condition, the findings of a small scientific study show.

"Targeting the earliest risk markers of autism, such as lack of attention or reduced social interest or engagement, during the first year of life may lessen the development of these symptoms later," said Jonathan Green, a Manchester University professor of child and adolescent psychiatry, who led the study.

People with autism have varying levels of impairment across three areas: social interaction and understanding, repetitive behaviour and interests, and language and communication.

The exact causes of the neurodevelopmental disorder are not known, but evidence shows they are likely to include a range of genetic and environmental factors.

As many as one in 50 school-age children in the United States are diagnosed with autism, although some of these will be milder cases. In Europe, the rate is around one in 100 children.

In this study, a specially adapted Video Interaction for Promoting Positive Parenting Programme (iBASIS-VIPP) was delivered to babies aged seven to 10 months who had a higher risk of autism because they had an autistic older sibling.

Fifty-four families with a high-risk baby were randomly assigned to get either iBASIS-VIPP or no intervention. The video group got at least six home visits, where a therapist used video feedback to help parents respond to the baby's communication and improve attention, language development and social engagement.

After five months, families who received video therapy showed improvements in infant engagement, attention and social behaviour, suggesting the therapy may be able to modify the emergence of autism-related symptoms, the researchers said.

They also noted, however, that babies in the video group appeared to have a reduced responsiveness to language sounds.

Experts not directly involved in the research praised it as robust and gave a cautious welcome to its findings:

"It will be important to document whether any such changes observed in the children's behaviour persist in the absence of continued intervention," said Melissa Allen, a psychology lecturer and autism specialist at the University of Lancaster.

"Whether these changes are long lasting and can prevent an autism diagnosis remains an open and essential question."