More than 20 species of starfish, also called sea stars, from southern Alaska to Baja California are dying from a wasting disease 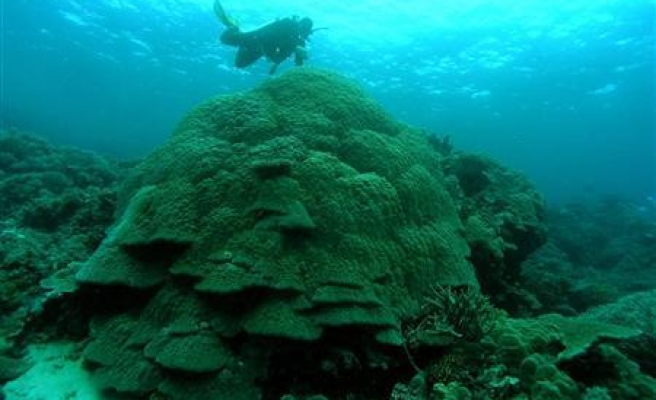 Scientists investigating a huge die-off of starfish along North America's Pacific coast have identified a virus they say is responsible for a calamitous wasting disease that has wiped out millions of the creatures since it first appeared last year.

The scientists said on Monday they identified the pathogen as the Sea Star Associated Densovirus, or SSaDV, after ruling out other possible culprits including certain bacteria, protozoans and fungi.

More than 20 species of starfish, also called sea stars, from southern Alaska to Baja California are dying from a wasting disease that causes white lesions to appear before the animal's body sags, ruptures and spills out its internal organs.

"They basically fall apart into a pile of goo on the bottom of the seafloor," said Cornell University biological oceanographer and microbial ecologist Ian Hewson, who led the study in the journal Proceedings of the National Academy of Sciences.

SSaDV is a parvovirus, a tiny form of virus that can cause illness in animals and people.

The researchers detected it in older starfish samples, museum specimens from as early as 1942. They said it may have been present at low levels for years and only recently became a large-scale threat due to some kind of viral mutation, environmental trigger, starfish overpopulation or other factor.

"It's probably the largest epidemic in marine wildlife that we know of," Cornell ecologist Drew Harvell said.

"That's the million-dollar question in all this: Why now? What is it that changed that created the conditions for this outbreak? And we don't have the answer to that. But certainly a viral mutation would be one explanation," Harvell added.

The disease was first spotted in June 2013 and has shown no signs of slowing.

"There are 10 million viruses in a drop of seawater, so discovering the virus associated with a marine disease can be like looking for a needle in a haystack," Hewson said.

"Not only is this an important discovery of a virus involved in a mass mortality of marine invertebrates, but this is also the first virus described in a sea star."

Scientists prefer calling them sea stars rather than starfish because they are not fish but rather echinoderms, cousins of sand dollars, sea cucumbers and sea urchins. Most have five arms, although some have more.

The disappearance of so many starfish threatens to disrupt coastal ecosystems because they are important predators in the waters between the shoreline and open sea, the researchers said.