More than half of people getting a certain type of glaucoma surgery may suffer from temporary, sometimes severe vision loss afterwards, suggests a new study. 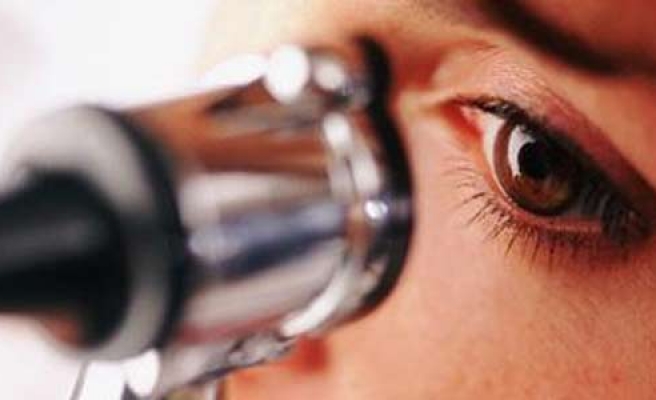 More than half of people getting a certain type of glaucoma surgery may suffer from temporary, sometimes severe vision loss afterwards, suggests a new study. A smaller proportion -- about 8 in every 100 -- could have some degree of permanent vision loss, researchers found.

Patients should be aware of the possible harms of the procedure, called trabeculectomy, which involves draining fluid from the eye, they said.

But even more importantly, older adults at risk of glaucoma should make sure to get their eyes checked. That's because if the condition is caught early, when it's less advanced, patients aren't as likely to need the surgery, said Dr. Brian Francis of the Keck School of Medicine at the University of Southern California, one of the study's authors.

Between 2 million and 4 million people in the U.S. have glaucoma, which can cause blindness by damaging the optic nerve.

Trabeculectomy is typically reserved for patients with severe glaucoma who don't get better with standard medication or laser therapy, Francis said.

"We found a pretty high number of (people with) mild to moderate vision loss after trabeculectomy, but the majority of them recovered over time," he told Reuters Health.

"The surprising thing was that we found the time to recovery could be quite lengthy," he added.

The procedure, also called glaucoma filtration surgery, is done to reduce pressure that builds up inside the eye. Doctors make a small hole toward the front of the eye to drain out extra fluid, which is filtered through a "bleb" - a blisterlike bulge -- and eventually absorbed by the blood stream.

Francis estimated that only about 5 to 10 percent of patients will have glaucoma that's serious enough to warrant the surgery -- but they will sometimes need it multiple times.

He and his colleagues looked back at the medical records of 262 patients who had a trabeculectomy between 1999 and 2003 on a total of 301 eyes. They followed the patients, and their reports of post-surgery vision, for up to two years.

Temporary vision loss occurred in 170 eyes, or about 57 percent, after the procedure. Whether mild or severe, vision loss typically took an average of two to three months to get better in those patients, the researchers reported in Archives of Ophthalmology. In some cases, temporary vision problems took up to two years to resolve.

But in 24 eyes, or 8 percent, vision loss was permanent. It was mild or moderate in 13 of the patients, and severe in the other 11.

Francis said that doctors think the surgery could add stress to an already ailing eye. In people with mild or moderate glaucoma, he said, there's less of a risk of vision loss from any pressure-reducing procedure.

With glaucoma, "the earlier you catch the disease and start treating it, the better your prognosis is going to be," he said.

For those with severe glaucoma who may need the surgery, however, the findings provide "reassurance that this is a small percentage" with permanent vision loss, Francis said. "But it is a risk factor that has to be discussed with the surgeon."

And for some patients who have had the surgery in the last year or so and are suffering from decreased vision, they can be hopeful that those problems could still improve, he added.