WHO endorses use of HIV medicines for prevention

Truvada, which combines the anti-HIV drugs tenofovir and emtricitabine in one pill, is widely used to treat people already infected with the virus that causes AIDS. 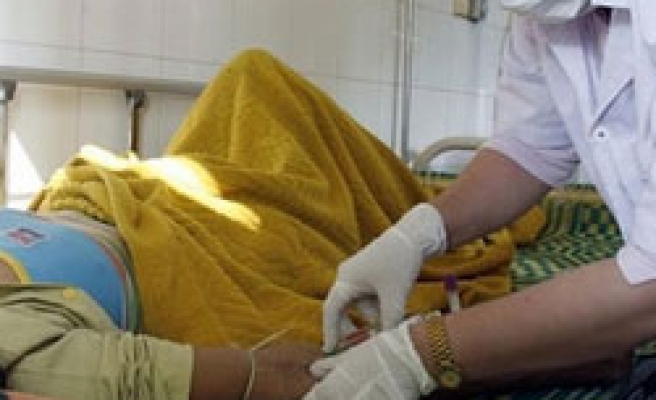 The World Health Organization has endorsed using HIV medicines among people who do not have the infection but are at high risk of getting it, and suggested that poor and wealthy countries alike set up pilot projects to better understand the benefits.

The United Nations agency made its suggestion on Friday, four days after U.S. regulators approved use of Gilead Sciences Inc's Truvada for people who are not infected but may engage in sexual activity with HIV-positive partners. The concept is known as pre-exposure prophylaxis (PrEP).

Truvada, which combines the anti-HIV drugs tenofovir and emtricitabine in one pill, is widely used to treat people already infected with the virus that causes AIDS. The medicine, which costs almost $14,000 a year in the United States, is the first treatment also approved for prevention.

"WHO is encouraging countries wishing to introduce PrEP to first establish small projects to help public health workers to better understand and realize its potential benefits," the agency said in a statement. It said appropriate HIV medicines should be given to those at high risk of infection.

"These could include men or transgender women who have sex with men," the group said.

WHO spokeswoman Sarah Russell said the agency could not recommend specific drugs for prevention, but she said, "It needs to be a drug like Truvada that has been developed for prevention purposes."

Russell said WHO expects Gilead to make Truvada available at a deeply discounted price in some poor countries.

"We believe Gilead will bring the price down to about $100 per year per person" in those countries, she said in an interview.

Gilead officials could not immediately be reached for comment.

WHO noted that an international study called Partners PrEP has shown that HIV medicines are highly effective at preventing the illness in men and women whose partners are infected.

That study, conducted in Kenya and Uganda and funded by the Bill & Melinda Gates Foundation, involved taking a daily tablet containing tenofovir or tenofovir in combination with emtricitabine.

The U.N. agency said it would evaluate the outcomes of the small projects, along with evolving scientific evidence, before issuing its own detailed guidelines next year on the use of HIV treatments for prevention.

WHO said it was important that people taking HIV drugs for prevention are HIV-negative because otherwise drug resistant forms of HIV could evolve. The agency said they should also continue using condoms and faithfully take their medicines on a daily basis.