WHO praises health services in Turkey

World Health Organization Regional Director for Europe, Ms. Zsuzsanna Jakab commended Turkey for the country's great improvements in health in the last decade, and said that the EU countries have a lot to learn from Turkey. 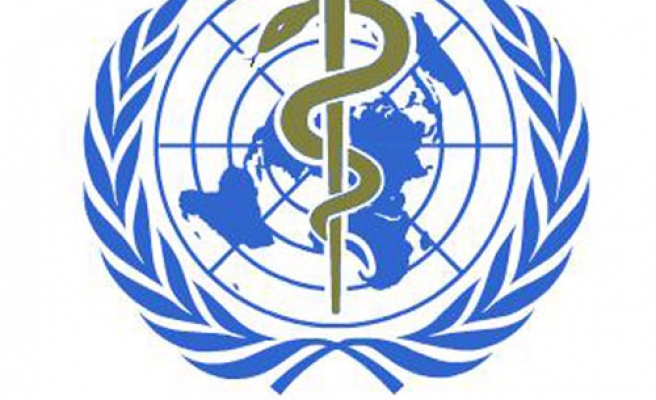 WHO Regional Director for Europe, Ms. Zsuzsanna Jakab on Monday said that she knew Turkey made great improvements in health sector in the last decade, and met great expectations; "EU countries have a lot to learn from Turkey".

Today, the WHO Regional Director for Europe, Ms. Zsuzsanna Jakab, and the Minister of Health of Turkey, Dr. Mehmet Muezzinoglu, officially opened the Autumn School on Health Information and Evidence for Policy-making, a joint venture between WHO/Europe and the National Institute for Public Health and the Environment (RIVM) of the Netherlands.

The venture, taking place on 7–11 October 2013 in Izmir, Turkey, is an extension of the steps taken by WHO/Europe to improve member states’ ability to use health information to create an evidence base for crucial public health questions within the scope of Health 2020, the new European health policy framework. Alongside it, the first workshop will be held of the multicountry Evidence-Informed Policy Network (EVIPNet), Europe.

Speaking at the opening, Jakab pointed out that the organization of this venture in Izmir is not by chance, referring to Izmir's EXPO 2020 candidacy with the theme "New routes to a better world and health for all".

Noting that in the last decade, Turkey has made great improvements in health, especially in the prevention of infant and maternal mortality, Jakab stated that the EU countries have a lot to learn from Turkey.

Speaking of the venture, Jakab thanked Muezzionoglu for his support in opening the autumn school in Izmir and said: “We live in an era of multiple challenges. Our Member States in the European Region lead the way in so many fields and have achieved many dramatic changes. Change demands courage and, in policy-making, courage comes from knowing you are doing the right thing. The implementation of the new Health 2020 policy depends on using the right information, and its impact will be measured by tracking progress over time. This is why the Autumn School and other capacity-building ventures are so significant, because participants will learn how to use evidence and translate it into confident, effective public health policy.”

Speaking about the Turkey Health Transformation Program, Muezzinoglu said: "In the last decade, we have undertaken serious work and reforms in health. We have always endeavored to form and implement people-oriented, equitable, sustainable, and evidence-based policies in all our work for public health. We have shown and continue to show maximum effort in order to make sure that everybody has access to health services. It is especially important that low-income and disadvantaged groups have full and timely access to health services.

With this purpose, we have lifted all barriers to health services access, providing general healthcare for everybody. .... and with all of our works based on evidence-based policies, we have significantly reduced infant and maternal mortality, and lengthened average life span."

Reminding that Izmir recently hosted the sixty-third session of the WHO Regional Committee for Europe, between 16 and 19 September, Muezzinoglu said that the European countries reached important agreements on a number of key public health issues and the technical and administrative work of the WHO Regional Office for Europe.

Muezzionoglu also said that Turkey actively supported the Health 2020 policy which aims to support action across government and society to: “significantly improve the health and well-being of populations, reduce health inequalities, strengthen public health and ensure people-centred health systems that are universal, equitable, sustainable and of high quality”.

The Autumn School and workshop will be attended by professionals working in health information and analysis and those involved in the translation of evidence into policy.