The WHO urged a range of "regulatory options", including prohibiting e-cigarette makers from making health claims 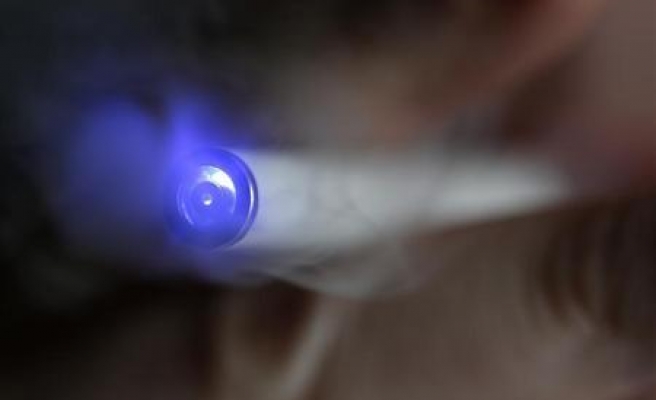 The World Health Organization (WHO) stepped up its war on "Big Tobacco" on Tuesday, calling for stiff regulation of electronic cigarettes as well as bans on indoor use, advertising and sales to minors.

In a long-awaited report that will be debated by member states at a meeting in October in Moscow, the United Nations health agency also voiced concern at the concentration of the $3 billion market in the hands of transnational tobacco companies.

The WHO launched a public health campaign against tobacco a decade ago, clinching the WHO Framework Convention on Tobacco Control. Since entering into force in 2005, it has been ratified by 179 states but the United States has not joined it.

The treaty recommends price and tax measures to curb demand as well as bans on tobacco advertising and illict trade in tobacco products. Prior to Tuesday's report the WHO had indicated it would favour applying similar restrictions to all nicotine-containing products including smokeless ones.

In the report, the WHO said there are 466 brands of e-cigarettes and the industry represents "an evolving frontier filled with promise and threat for tobacco control".

It urged a range of regulatory options, including banning e-cigarette makers from making health claims such as that they help people quit smoking, until they provide convincing supporting scientific evidence.

Smokers should use a combination of already-approved treatments for kicking the habit, it said.

While evidence indicates that they are likely to be less toxic than conventional cigarettes, the use of e-cigarettes poses a threat to adolescents and the fetuses of pregnant women using them, it said.

E-cigarettes also increase the exposure of bystanders and non-smokers to nicotine and other toxicants, it said regarding Electronic Nicotine Delivery Systems that it calls ENDS.

"In summary, existing evidence shows that ENDS aeorsol is not merely 'water vapour' as is often claimed in the marketing for these products," the WHO said in the 13-page report.

E-cigarettes should be regulated to "minimise content and emissions of toxicants", and those solutions with fruit, candy-like and alcohol-drinks flavours should be banned until proven they are not attractive to children and adolescents, it said.

Adolescents are increasingly experimenting with e-cigarettes, with their use in this age group doubling between 2008 and 2012, it said.

Vending machines should be removed in almost all locations, it added.

Scientists are divided on the risks and potential benefits of e-cigarettes, which are widely considered to be a lot less harmful than conventional cigarettes.

One group of researchers warned the WHO in May not to classify them as tobacco products, arguing that doing so would jeopardise an opportunity to slash disease and deaths caused by smoking.

Opposing experts argued a month later that the WHO should hold firm to its plan for strict regulations.

A Wells Fargo analyst report in July projected that U.S. sales of e-cigarettes would outpace conventional ones by 2020.

Uptake of electronic cigarettes, which use battery-powered cartridges to produce a nicotine-laced inhalable vapour, has rocketed in the last two years and analysts estimate the industry had worldwide sales of some $3 billion in 2013.

But the devices are controversial. Because they are so new there is a lack of long-term scientific evidence to support their safety and some fear they could be "gateway" products to nicotine addiction and tobacco smoking.

The American Heart Association said in a report on Monday that it considered e-cigarettes that contain nicotine to be tobacco products and therefore supports their regulation under existing laws on the use and marketing of tobacco products.

"Although the levels of toxic constituents in e-cigarette aerosol are much lower than those in cigarette smoke, there is still some level of passive exposure," the AHA said.