World to be 2.7 degrees hotter

Earth is on track for average warming of 2.7 degrees Celsius by 2100, exceeding UN's anticipation 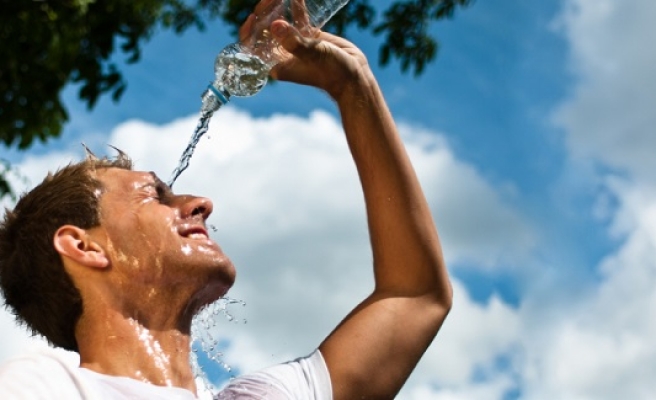 The goal of limiting overall planet warming to 2.0 C (3.6 degrees Fahrenheit) from pre-industrial levels is still out of reach, the Climate Action Tracker (CAT) analysis found -- though there are signs it may be inching into view.

In rare good news, 2.7 C was a "significant improvement" from the CAT's previous forecast of 3.1 C by 2100, said a statement issued by the quartet of research bodies which compiled the report.

But the pledges submitted ahead of an informal October 1 UN deadline would still yield "global warming well above the 2.0 C limit set by the global community," said a CAT statement.

"This reflects the less than sufficient climate targets submitted by many governments."

The UN's climate science panel says a world even 1.0 C or 2.0 C warmer would face "considerable" risks, including more severe floods and droughts, a land-gobbling sea-level rise, the spread of disease and food shortages -- all of which may increase global political instability.

The tracker analysed country plans for curbing climate-altering greenhouse gas emissions, known as Intended Nationally Determined Contributions or INDCs, which will form the backbone of a universal climate rescue pact to be inked at a UN conference in Paris in December.

Just over 140 countries out of 195 negotiating the global agreement, which will enter into force in 2020, had filed their contributions by Thursday -- setting either five- or ten-year emissions targets for themselves.

The CAT prediction also included estimated numbers for fourth-placed India, which has not yet formally pledged, but has made public statements on its intentions.

This was the first time since 2009, when the CAT analysis began, that the forecast has dipped under 3.0 C -- a change caused in large part by China's pledge, which could see its emissions of carbon dioxide, the most ubiquitous greenhouse gas, peak in the late 2020s.

"The INDC process has clearly led to progress," said Bill Hare, a founder of Climate Analytics, one of the research groups which contributes to CAT.

"But it is clear that in Paris governments must consider formally acknowledging that their first round of climate plans for 2025 and 2030 will not hold warming below 2C.

Climate envoy Laurence Tubiana of France, which will host the November 30-December 11 UN haggle, said the pledges to date marked a "very important step -- we are nearing the scenario we had hoped for."

Looking forward, she added, "the essential part is that we put in place rules so that countries can ramp up their contributions regularly" after the Paris conference, she told AFP.

The CAT analysis looked at countries responsible for over 70 percent of global emissions and extrapolated for the rest.

The UN's Intergovernmental Panel on Climate Change (IPCC), recommends slashing emissions by 40-70 percent by 2050 from 2010 levels and to near zero or below by 2100 for any chance at 2 C.

It was "not very likely" that submissions by countries which have not yet filed their pledges would get us closer to 2 C before Paris, Hare told AFP.

"The further we are from 2 C, the more difficult it will be to adapt (to climate change-induced challenges), especially for developing countries," he told AFP.

The planet is already 0.8 C warmer on average than at the start of the Industrial Revolution in about 1760.