"These places need to be protected and not used as an industrial dumping ground," WWF-Australia Chief Executive Dermot O'Gorman told. 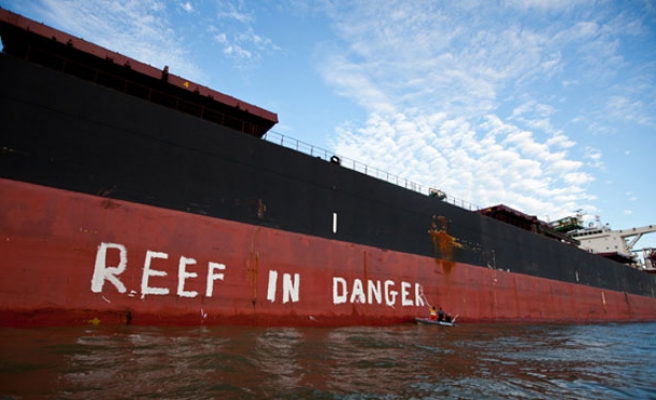 Conservation group WWF is stepping up pressure on Australia to do more to protect the Great Barrier Reef, launching a global campaign ahead of a vote by UNESCO on whether to put the world's largest coral reef on an "in danger" list.

UNESCO, which has given the reef a World Heritage listing, is due to decide in June whether to designate it as "in danger", which could lead to restrictions on shipping and port expansions that could hit Australia's trade in commodities and energy.

The WWF wants the government and state of Queensland to ban all dumping of sand dug up for port expansions anywhere near the reef, which is one of Australia's main tourist attractions and runs 2,300 km (1,450 miles) along its east coast.

"These places need to be protected and not used as an industrial dumping ground," WWF-Australia Chief Executive Dermot O'Gorman told.

The national government has already moved to ban all dumping of dredge spoil within the Great Barrier Reef Marine Park, which covers a slightly smaller area than the World Heritage listed area.

But the WWF, which is the official name for the World Wide Fund for Nature, said most port dredging was outside the marine park zone.

"To be successful turning around the decline of the reef you need to see a ban across the whole World Heritage area," O'Gorman said after releasing a report titled "The Great Barrier Reef Under Threat".

The campaign is being designated a priority across the WWF's 80 offices around the world.

Environment Minister Greg Hunt criticised the report as misleading, saying even with the ban on the disposal of dredge material in the reef marine park the government was focused on protecting the reef and would work with organisations like the WWF to do so.

"It's disappointing that WWF's report is so inaccurate and out of date and has the potential to mislead the international community," Hunt's spokesman, John O'Doherty, said in an email.