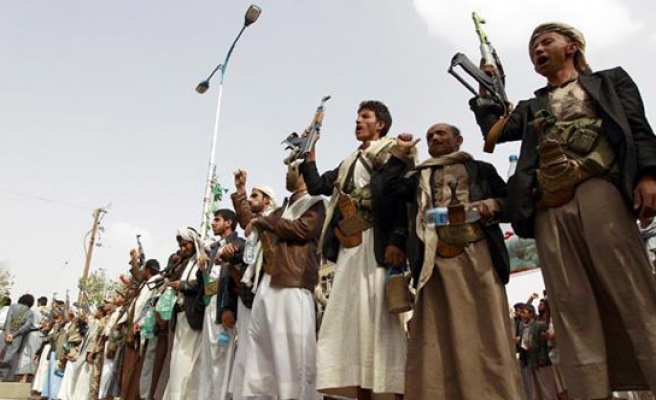 Yemeni army units allied to the Houthi militia fired a ballistic missile toward southern Saudi Arabia on Wednesday, the group's TV channel said, as combat between the kingdom and the Iran-allied group has intensified.

Residents in the capital Sanaa reported hearing a big roar as the Scud was launched from near the city, followed by Saudi-led air strikes on a presidential palace and a military depot for rockets.

Saudi Arabia led an Arab military intervention against the Houthis beginning on March 26 to restore the Yemeni government ousted by the group and fend off what it sees as the creeping influence of the Shi'ite Muslim group's main ally, Iran.

The Houthis say their rise to power is a revolution against corrupt officials beholden to Saudi Arabia and the West.

A powerful Cold War-era weapon, the Scud had been launched at Saudi Arabia by Yemeni forces twice before during the five-month war but was shot down by American-provided Patriot missiles both times.

Two Saudi soldiers and a brigadier general were killed this week in border fighting along the kingdom's long frontier with northern Yemen, a heartland of the Houthis.

Yemeni state news agency Saba, which is controlled by the Houthis, said that Saudi-led war planes launched over 100 air strikes against the group's main base of support in Saada province on Tuesday alone.

The report could not be immediately confirmed.

Human Rights Watch said in June that months of air attacks had hit markets and homes, killing dozens of Yemeni civilians and possibly violating the laws of war.