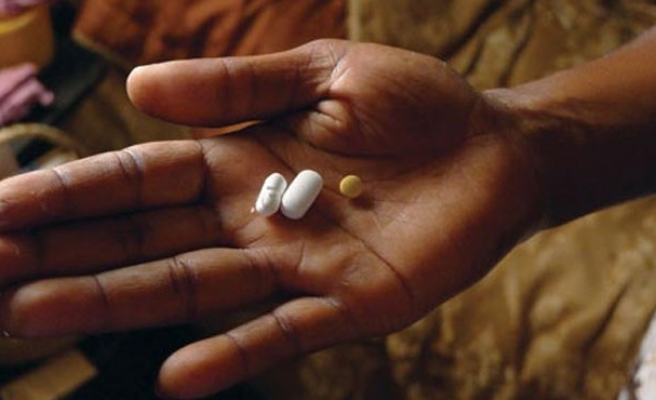 Patients in Zambia's public hospitals aren't getting their free medicine – and it isn't because the government isn't providing it.

When she arrived, however, the doctor told her that the medicine she needed was not available at the clinic and that she would have to buy it at a pharmacy owned by a prominent Lusaka doctor.

"I was a bit skeptical about going out to an illegal drugstore to buy a malaria drug," she told.

"But after assurances from medical personnel and seeing my daughter's condition, I was left with no choice but to buy the item," she said.

In this, Zulu has not been alone.

Many Zambians complain that, when they visit public hospitals to seek medical attention, they are told that the drugs they need are "out of stock."

She was told that her medication was not available and was told to fend for herself.

At the time, Nasilele could not understand why the drug was out of stock in the hospital while being readily available in private clinics.

"Some of the clinics where these drugs can be found are run by doctors working in public health institutions," she told.

"Would it be wrong to suggest that the drug shortages in public hospitals are being caused by doctors diverting them to their [private] surgeries?" Nasilele asked.

Maureen Mwape, a farmer, also complained that she had been asked by a nurse at the Mwalitata health center in Kabwe in the Central Province to buy her own medicine.

She then had to travel all the way to Lusaka to obtain it.

"We need investigations to establish why people are told to buy medicine and other material, which are always in short supply despite the fact that the government stocks them in clinics," Mwape told.

"The shortage of drugs in health institutions, particularly those in rural areas, is making it difficutlt for our members to treat patients," Mujajati told. "Something needs to be done to resolve the problem."

Health Minister Dr. Joseph Kasonde said the government had already carried out an investigation to determine the cause of the apparent shortages.

"What came out clearly [from the investigation] was that drugs are either stolen or diverted into private hands at the point of entry," he told.

The minister blamed those from procurement departments "who connive with doctors and pharmacists to divert the drugs when they arrive in the country."

He said stolen drugs, too, were being sold in pharmacies or by street peddlers.

This, according to Kasonde, is not only causing severe drug shortages, but is also hampering the provision of a free health services to the public.

"Our worry is that the diversion of drugs is undermining government efforts to provide better health services to people who can't afford medical services elsewhere," he told.

"I do not entirely believe that the drug shortages are only the result of diversion," Mujajati said.

"But when you consider the cost of drugs found in some private surgeries, I agree with the government's findings – that some drugs get lost at the point of distribution," he added.

Mujajati demanded further investigations to establish the source of the drugs being sold at private surgeries.

"In the past, we have found drugs with government labels at private surgeries," he told. "How these drugs found themselves in private institutions we don't know."

He went on to call for "a thorough investigation to establish how drugs meant for government health institutions found themselves in private hands."

Minister Kasonde, for his part, said the government was doing all it could to put an end to the practice.

"As a measure to control this growing trend, my government has not only devised a better monitoring system, but has also set up tightly guarded storage facilities at clinics and hospitals," he told.

"We hope this will make theft impossible," said the minister.

But for Dominic Phiri, who recently lost a child because he could not find the needed medicine on time, Kasonde's assertions came as little consolation.

"My child could have been saved had the hospital had drugs in stock because the disease was curable," he told. "The hospitals did not have the drugs when we need them most."

"For me, what killed my child is not the disease, but a shortage of essential drugs in hospital to enable us to access them when we needed them the most," Phiri cried.