Omar Mukhtar took full responsibility of leadership in Libya and sent a letter to Ahmed Al-Sharif Al-Senusi in February 1924. The letter which was full of rebuke stated that all prior agreements made between the Italians and Idris Al-Senusi have been cancelled and that the Tripoli community had been left without a leader. 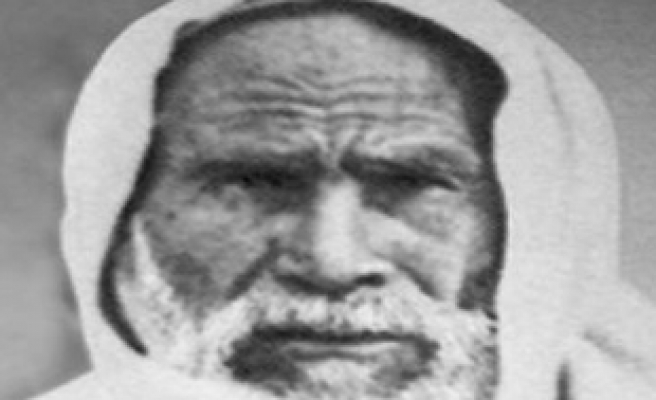 In Africa, the leaders of the Senusiyyah, which was the greatest religious order of the region, joined forces with the Ottomans and used all their strength to start up a new resistance against the French and Italian imperialist invasion. Especially after Ahmed Al-Sharif Al-Senusi took leadership, the Senusiyyah order turned into a political and armed movement with religious and social roles, and in keeping the spirit of struggle continuously alive in Libya it became well-organised.

The Senusi continued to struggle alongside the Ottomans after the signing of the Quchy agreement between the Ottoman State and the Italians, and during the first world war. In 1917, believing that he would be more beneficial to the movement from Istanbul, Ahmed Al-Sharif Al-Senusi accepted the invitation of the Ottoman Sultan, and so Muhammed Idris Al-Senusi subsequently took Ahmed’s position. After signing an agreement that partially recognised the Italian invasion and also for medical reasons, he went to Egypt in 1922 which slowed down the resistance. However the order regained strength around another name that emerged from within it.

With Mustafa Akkad’s directorship and Anthony Quinn playing leading role, as well as with the great support given by the leader of Libya at the time Muammar Gaddafi, the name which became world renowned from the 1981 film ‘Lion of the Desert’ was Omar Mukhtar, who was the father of Muhammed Idris Al-Senusi, who studied under Sheikh Muhammed Mehdi and had exceptional leadership skills. He was born in 1862 and was a member of one of the biggest Arab tribes known as ‘Manfiya’, from the Qays family. He was against the Italian invasion, and attended the meeting in Kufra where the decision was made to fight, and with the group of 1000 fighters which he organized, he was amongst the first to fire shots against the Italians. As a commander he managed many raids and joined in the battles, and didn’t give the slightest concession even in the toughest of times in the fulfilment of the fighting spirit which Islam commanded.

By the time it was 1923, Omar Mukhtar went to Egypt to visit Muhammed Idris Al-Senusi, who had made an agreement with the Italians which recognised the invasion. However, not being able to receive a positive response, he returned back to Libya after the Italians made generous offers for him to give up fighting them. Omar Mukhtar took full responsibility of leadership in Libya and sent a letter to Ahmed Al-Sharif Al-Senusi in February 1924. The letter which was full of rebuke stated that all prior agreements made between the Italians and Idris Al-Senusi have been cancelled and that the Tripoli community had been left without a leader. He also let them know that they will continue to fight alongside the troops that aren’t in alliance at Jabalu’l-Akhdar; and asked them to send him money, weapons and provisions. By traveling to all the regions he gathered the Barqa, Tripoli, and Fizan forces under one helm. He then restarted a huge resistance against the Italians.

The thing that the Senusi order preached to the tribe members who participated in the fight without fear was that with revenue from tax, zakat, donations and the like given by the Muslim community, in addition to the booty taken from the enemy, all of which they depended on, was to be used for the successful struggle against the gorilla forces with which the Italians wanted to stop the fighting with, and that they ‘the Italians’ began resorting to using oppression, tyranny, threats and bribes. In this period, a fascist administration came into power under Benito Mussolini's leadership which decided to fiercely crush the resistance that the previous governors who he sent before such as Bongiovanni, Mombelli, Teruzi, Sicilliani and Pietro Badoglio couldn’t do. And for this job he employed Rodolfo Graziani, the most relentless out of those whom he had sent there until that day.

To stop Omar Mukhtar’s troops from receiving help from the community they destroyed the animals, crops and goods. The forests were set on fire. The armoured vehicles and planes dispatched to Libya under the command of the invasion began operations of apprehension to divide the Muslims from within. The Italians, which pulled to their side Omar Mukhtar’s childhood friend Sharif Al-Ghiryani, used Muhammed Riza, one of the leaders of the Senusi movement, as a means to invite Omar Mukhtar and his fighters to submission. However when they didn’t receive the results they wanted, this time they began to imprison the community that supported the resistance into camps. Of the tens of thousands of Libyan Muslims that where kept at these camps, some lost their lives due to starvation and sickness. Many of them were executed. Because most of the resistance came from Egypt, the new Governor Graziani had an area with total of about a two hundred and seventy kilometre distance from the Mediterranean coast, that was close to the Sellum bank and to the south of Jagbub, closed off with two meter high and three meter wide barbed wire fences.

Like this, the only way in which the fighters were receiving help was cut off. After all this, due to the systemized attacks, Omar Mukhtar's valuable friends became martyrs. Then, with the fall of Kufra, their fight seemed to be put in a rather troublesome situation. Despite all the negative circumstances, continuing the war and not giving up on his jihad, on the 11th of September 1931 when Omar Mukhtar and his men went to visit the grave of a companion of the Prophet named Sayyid Rafi, they fell into a circle of Italian soldiers and thus captured.

Tried in a court for being a rebellious Italian citizen, at that time 74-year-old Omar Mukhtar had this to say:
The Judge: Who did you fight against?
Omar Mukhtar: I fought against the Italian government.
The Judge: How many battles did you participate in?
Omar Mukhtar: Quite a few, I don’t know exactly. For the ones I didn’t participate in they were carried out by my command.
The Judge: Were you the one who gave the order to kill Sergeant Beati?
Omar Mukhtar: He became a hostage. One day when I wasn’t there the Italian forces came very close to our men, and because of this, as you know it’s a war situation, they killed him.
The Judge: Did you give the order to kill all those whom you took as hostage?
Omar Mukhtar: No, I did not give such a command.
The Judge: Were you the one who gave the command to kill the people repairing the phone lines at the Qasr Bani Qadem site and invade the Italian forces?
Omar Mukhtar: Yes, I gave these commands.
After this the judge said: “Italy’s martial law court has decided for your execution”. In response Omar Mukhtar replied: “The ruling and decision is Allah’s alone. Your fake and fabricated ruling has no worth to it… To Allah we belong and to him we shall return”.

And so, on September 15th 1931, at the Suluk camp, he was executed in front of a crowd of 20,000. Omar Mukhtar, his life and struggle were a topic for research and the making of a film, as well as being the symbol of resistance in Libya. Thus his name was written in the pages of history for ever. 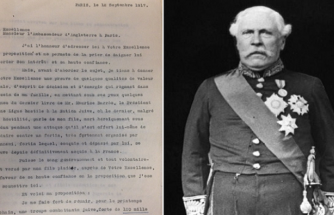 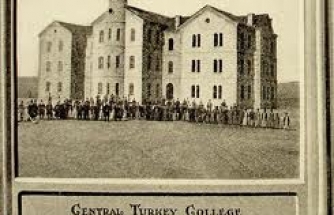 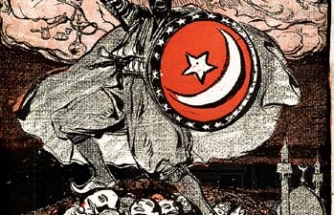 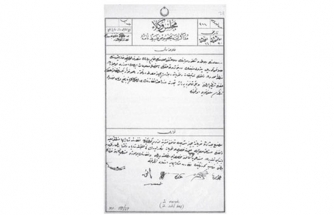