The Crusaders and Franks through the eyes of Osama Ibn Munkiz

Ibn Munkiz, who as a child received a good education and was known for his polite manners, was a part of the Bani Munkiz dynasty that was governing the city of Sheyzer who gre up to be a statesman, diplomat, warrior and poet. He had counselled with important state leaders and commanders like Imadaddin Zengi, who had once fought against the Crusaders, his son Nuraddin Mahmud Zengi and Salahaddin Ayyoubi. 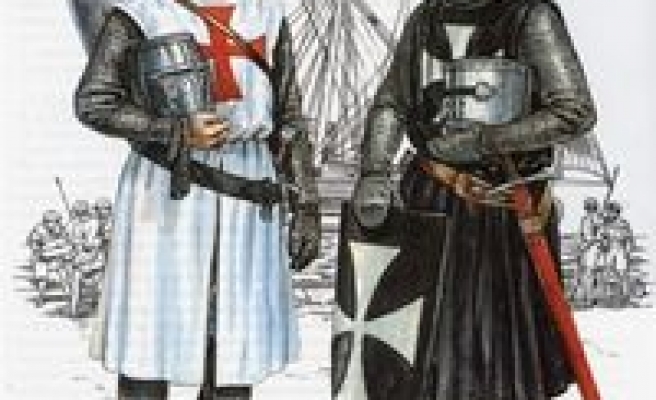 One of the historic criticisms that has been posed against Muslims for a long time was that they didn’t write as much as they could have about rising the situations and problems they witnessed within their lands. In fact, sometimes they didn’t write about them at all. For example, it’s known that this topic was included within some texts of the orientalist Bernard Lewis, a famous Middle-East historian.

These accusations were made mostly during the rise of the crusaders in 1095. Neither the Muslims nor the Arabs of the region, who were at that time the majority, even come close to producing the scale of literature written about the happenings of the region as the European scribes who came to the region. On the other hand, contemporary texts on the history of that era are often considered to be too “oriental”, and it is said that this style is now out of fashion. However, when we compare the Muslims of that era to the European Christians, or by their own expression “the Franks”, we can clearly to see who has written and contemplated more about the matter of the crusades.

Of course there were still Muslims who had taken to pen or had published texts on the impact made by The Crusaders and the Franks. Osama Ibn Munkiz was born on the 4th of July 1095 in northern Syria, in the city of Sheyzer, 4 months prior to the start of Pope Urbanus II’s invitation for the first Crusades.

Ibn Munkiz, who as a child received a good education and was known for his polite manners, was a part of the Bani Munkiz dynasty that was governing the city of Sheyzer who gre up to be a statesman, diplomat, warrior and poet. He had counselled with important state leaders and commanders like Imadaddin Zengi, who had once fought against the Crusaders, his son Nuraddin Mahmud Zengi and Salahaddin Ayyoubi.

Ibn Munkiz fought against the crusaders and various commanders in the region. He participated in hunting trips, went on official and non-official travels and trips, and he also had many near death experiences. On the 15th of November 1188, one year after Salahaddin Ayyoubi took back Jerusalem from the Franks, he passed away in Damascus at the age of 93.

Starting with the call of Pope Urbanus II until the conquest of Jerusalem, or if we must say in another way, from his birth till his passing, he lived a very colorful and interesting life revolved around the Crusades.

As well as being a poet, he was also writer and a historian. Despite his busy lifestyle, he had produced many written pieces which failed to reach us today. His memoirs, poetry, observations and criticisms, which were written close to his death, were recorded in Kitâbu’-l İ’tibârbun, in which he shed great light on Mesopotamia and the eastern Mediterranean's political, social, military and cultural lifestyle.

The medical techniques which the Franks implemented was one of the things Osama found bizarre. A Christian by the name of Sabit, who was a physician, narrated to Osama the strange things he saw in Lebanon:

“They brought me a warrior who had an abscess growing on his leg and a woman who was a bit delusional and had caught the dryness disease. I opened up the warrior's wound to treat it with ointment, and I gave the woman some remedy to calm her to a natural state. Then all of a sudden a Frank doctor came and said to them ‘This man doesn’t know anything about treatment’. Then he asked the warrior, ‘would you rather live with one leg, or die with both?’ The man replied ‘I’d prefer to live with one leg’. The doctor said ‘Then bring me a strong soldier and a sharp axe’. A soldier came with an axe in his hand. And I was next to them. The doctor put the patient’s leg on a slab and commanded the soldier to strike the leg once in order to sever it. The soldier struck it with the axe right in front of my eyes but the leg didn’t sever. The man struck again and this time the bone marrow came out and the warrior died right there. Then the doctor treated the woman. He said ‘This woman has a devil inside her head and is controlling her, rip her hair out’. They ripped her hair out and continued treating her with their mustard and garlic remedies. Her sickness only increased. So the doctor said ‘the devil has gotten into her head’. He grabbed a razor and carved a cross on her head. He peeled the skin from the center of the lines until her skull was visible and he filled it with salt. The woman died immediately.”

But let’s also make clear that Osama did mention in his memoir the medical treatments which had positive results that the Franks used to implement.

Another interesting observation was the Franks' understanding of law and jurisdiction. Osama relates it as such: “One time I went with Emiî Mu’înuddin to Jerusalem. We stopped at Nablus. There was a young and well-dressed blind Muslim man who had presented himself to the commander. He had fruits with him to give as gift to the commander. He wanted the commander to grant him permission to serve him in Damascus. The commander accepted. I asked about the man and learnt that his mother had married a Frank, and later on she killed him. The woman’s son would attack Frank pilgrims, and with his mother’s help he’d kill them. Eventually they accused him and punished him according to the Frankish method. They brought a huge barrel and filled it with water. They set up a scaffold made of wood on top of it. They tied the accused man’s hands and with the rope that they tied around his shoulders they hung him down in the barrel. According to their beliefs, if the man was innocent then he’d sink into the water and then they would pull him up so he didn’t drown. If he was guilty then he wouldn’t sink. When they threw him into the water, the man did all he could to try and sink, but he couldn’t succeed. He helplessly agreed to their punishment. May God curse them! They branded his eyes with a hot iron rod.

In addition to that, the story when Ibn Munkiz was in Nablus and witnessed a bloody duel between a Nalbant, who was Frank, and a villager, can also be read in his memoir.

Another one of Ibn Munkiz’s testimonies worth mentioning is in relation to the Franks' morals. In an event he personally witnessed, he wrote: “When I would travel to Nablus, I’d always stay with a man named Mu’izz, who made his home into a hostel for Muslims. The house had windows looking out onto the road. Across the window, on the far side of the road was a Frank’s house who would sell wine to merchants. One day this Frank went home and saw a man in bed with his wife. He asked the man ‘With what courage did you have to enter my wife’s room?’ The man’s reply was ‘I was tired, so I entered to rest a bit.’ The Frank asked ‘But how did you get into my bed?’ The man answered: ‘I saw the bed spread, so I went in and slept.’ ‘But’ said the Frank ‘my wife is sleeping with you!’ ‘True’, replied the man ‘but the bed is hers. How could I stop her from using her own bed?’ the Frank said, ‘For the sake of my religion, if you do this again we will be on bad terms.’ The Franks objection and jealously consisted of this much only.”

One of the few things in which Franks were proud of was their courage and being warriors. Ibn Munkiz had close ties with Franks who interestingly enough were knights. From these knights were some who called him “brother” and even ran to his help when he went under attack. Details about these individuals can be read in further detail. We can settle with quoting these statements from Osama: “Events that concern the Franks, if there condition was to be revealed, people would only see them as those animals that have some strength and carry loads but which also have the capacity of courage and fighting…” “They don’t have any jealousy nor any heroism. They are only courageous.”

What’s intriguing is that Osama isn’t alone in his observations, that there are sources that certify his views. For example, the daughter of the Byzantine Emperor Alexious Komnenos I, Anna Komnena, wrote this in her work named Aleksiad about the Franks: “the Franks are a people that are generally stubborn, unamenable, uninformed about army discipline and techniques yet when it comes to war and fighting their souls echo fury and they can’t be restrained. This isn’t just for the soldiers, it’s also true for their leaders which attack their enemies with great strength.” A long time before Osama and Anna Komnena, between the years of 896-956, lived the famous Arab Historian el-Mesûdî, who had the chance of travelling to Europe and had this to say about the Franks: “They had a harsh temperament, their actions were vulgar, and their intelligence was meager… nor were they sound in their faith.”

Of course the inheritors of Rome, the Frankish people, who were from the German tribes and the ancestors of the Vandals, after wiping away the splendorous and mighty Roman Empire, bring the question to mind about how they actually benefited from this important inheritance. At the time of the Europeans' great military campaign, in the name of civilization is what was used when going against the Muslims and Byzantines, and without being able to present any alternative, looting and destroying the areas they went through only sounds strange to ones ear. For example, Ibn Munkiz was witness to the judicial understanding of Rome in that the “Roman Law” which was their most important institution was something barely to benefit from. It’s strange, that the actors entering this Mediterranean world long after the Franks, which was Islam, was far more suited to be the inheritors of Rome. In fact they contributed far more, with their institutions and laws and this can be seen during the time when the crusades took place. During the crusades, the question of did the East to the West, or the West to the East offer more is still disputed until now, even if the West was to be defeated in war, they still made great advancements in science and education but it can be said that the East had a great deal to do with this.