The mosque and the square were named after one of the important Sufi women Rabia el Adaweyeh, a staunch supporter of freedoms which gives a special meaning to rallies in support of the ousted president Morsi. 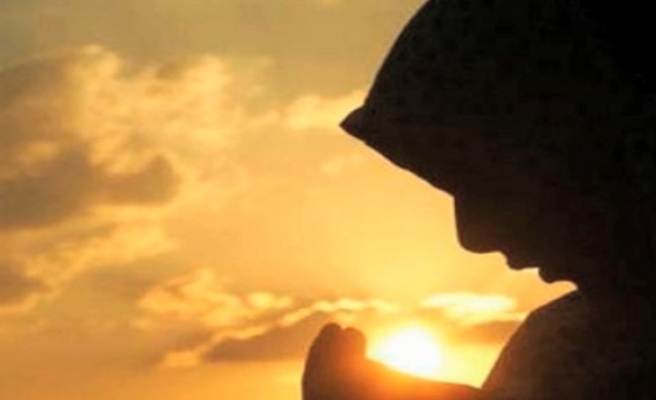 Following the coup d’etat in Egypt which ousted elected President Muhammed Morsi, Adaweyeh square has become under spotlight as thousands of supporters of Morsi gathered in the square, located in front of the Rabia el Adaweyeh mosque in Cairo. The mosque and the square were named after one of the important Sufi women Rabia el Adaweyeh, a staunch supporter of freedoms which gives a special meaning to rallies in support of the ousted president Morsi.

In the process concluded with the fall of Hosni Mobarak, the Tahrir square became a symbol of Egyptians’ demand for freedom and dignity. After the Egyptian 25 January Revolution, presidential elections were held and Mohammed Morsi was elected as the first democratically elected president in the history of Egypt. However, the military intervention against Morsi concluded his fall from the post and led thousands of people to take to the streets showing their resentment against the coup d’etat. The crowds, this time, chose to Adaweyeh square which represents the Sufi woman who devoted her life for personal freedom.

International media shows great attention to the ongoing peaceful protests demanding release of Morsi and reinstate to the presidency. But no one seems to be interested in the person the famous square was called after. Adaweyeh was born in Basra which is in todays’ Iraq in 752 hijri. At her early childhood, her parents died and Adaweyeh which means the fourth child in Arabic, was sold as a slave. Once the master of the house where she did household jobs got up in the middle of the night, and was attracted by the voice in which Rabia was praying to the God for practicing her religous requirements freely. Then the master felt that it was sacrilegious to keep such a person in his service and free her from bonage.

Much of her life is narrated by Farid ud-Din Attar, a later Sufi Saint and poet in 13th century, who used earlier sources. Rabia herself did not leave any written works. The most comprehensive work on Rabia’a life is written by Margaret Smith as a dissertation which was translated into Turkish and published with the name of ‘One Sufi Woman, RabiaBir Kadın Sufi: Rabia’. Despite the sufferings Rabia had to face, she was known by her patience. She died in Jerusalem in the hijri year of 801.

Praying for the thief trying to rob your house

Once she was at home praying to God, a thief sneaked in and tried to find something to rob. However, he was not able to bring something out because there was nothing valuable in Rabia’a home. When he completed her pray, aware of the thief, Rabia called him to take some water, perform ablution and perform salat (Muslim’s daily prayer) saying ‘Do what I am saying not to waste your effort.’ Surprised by the warm respond, thief did what Rabia told. In the meantime Rabia prayed for the God “My God, this desperate man could not find something in my home and I called him to ask from you. Surely, you are not like me. You would not disappoint him.”

Following the salat, the thief swore off. Hearing this, Rabia told the God “My God this man stood at your gate just for a few minutes and you give what he demanded. This poor one (referring herself) spent all her life at your gate but had nothing so far.” Afterwards she was responded “Do not worry what he demands was provided for your mercy.”