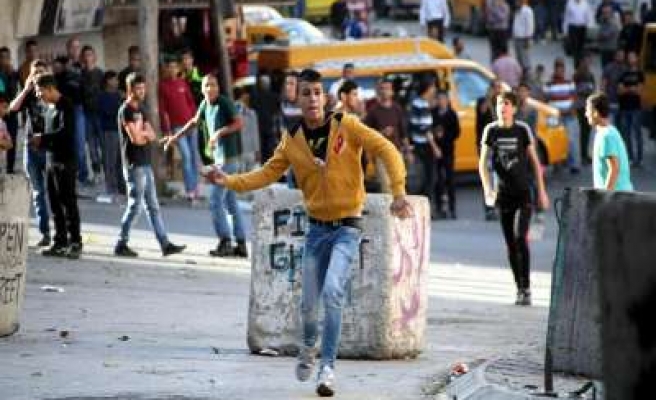 Several Palestinian political analysts ruled out the possibility of a third Intifada (uprising in Arabic) against the longstanding Israeli occupation, despite numerous online calls to this effect.
The so-called Palestinian Uprising Youth Coalition, a group of Palestinian online activists, recently called on compatriots to step up resistance to the occupation with the launch of a new popular uprising.

Calls for renewed revolt came as Palestinians last week marked the 13th anniversary of the Second Intifada, which was triggered by a visit by right-wing Israeli politician Ariel Sharon to the Aqsa Mosque complex in the city of Al-Quds (Jerusalem).

Several Palestinian political experts, however, believe the lack of a strong political leadership in the Palestinian territories makes the prospect of a third Palestinian uprising unlikely.

Political analyst Talal Okal, who contributes to West Bank-based newspaper Al-Ayam, agreed, pointing to the absence of what he called "a united political leadership that can agree on a united goal."

"Political leaders in the Palestinian territories do not share the same goals now," he told the Anadolu Agency. "And an uprising that isn't supported by all Palestinian political players could lead to further polarization among Palestinians."

But he nevertheless predicted "sporadic popular uprisings on a minor scale" in response to a series of recent Israeli violations against Islamic holy sites in the West Bank, especially the Aqsa Mosque in Al-Quds.

However, he did not rule out the possibility that Hamas might try to initiate a new intifada in order to reduce mounting pressure on the Gaza Strip by Egypt's new military-backed rulers.

The Egyptian army is currently waging an all-out campaign against the network of smuggling tunnels linking the Gaza Strip to Egypt's Sinai Peninsula, which until now has represented a lifeline -- albeit an illegal one -- for the besieged coastal enclave.

The ongoing crackdown has effectively halted the flow of essential goods into the strip, including foodstuffs, medicine, fuel and construction materials.

Gaza-based political science professor Hani al-Basous agreed that only "sporadic" Palestinian shows of distress -- rather than a full-fledged uprising -- would likely take place in the near term.

He also voiced skepticism as to Hamas' ability to push for more serious escalation.

"The ground is fertile for a new intifada to take root and grow," al-Basous, who works at Gaza's Islamic University, told the AA. "But any intifada requires leadership, both political and military."

He added that any major intifada would involve direct confrontations with the Israeli army. This means the uprising would take place mainly in the occupied West Bank, not the Gaza Strip -- from which Israel unilaterally withdrew in 2005 and on which it has imposed a strict blockade since 2007.

Al-Basous also believes a new uprising would be difficult due to what he called the "security crackdown" on all West Bank-based Palestinian resistance groups by Israeli occupation forces working in tandem with the Palestinian Authority (PA).

"The repressive policies employed by the PA in the West Bank would nip any potential uprising in the bud," he said.

"No intifada can be led remotely," he said. "Hamas won't be able to direct any uprisings from a distance due to the pressure it continues to face inside the Gaza Strip."

Al-Basous went on to assert that Gaza's participation in any future show of anger would be limited to a few demonstrations.

He warned, however, against potential Israeli attacks on the Hamas-run coastal enclave in the event that these demonstrations evolved into armed confrontations with Israeli occupation forces.