A voice to the world from Chicago: Dr Umar Faruq Abd-Allah

Umar Faruq Abd-Allah was born in Columbus in the US state of Nebraska in 1948. Born into a protestant family, Wymann-Landgraf spent his childhood years in Athens, a small town of Georgia. Both of his parents were teaching at Georgia University. 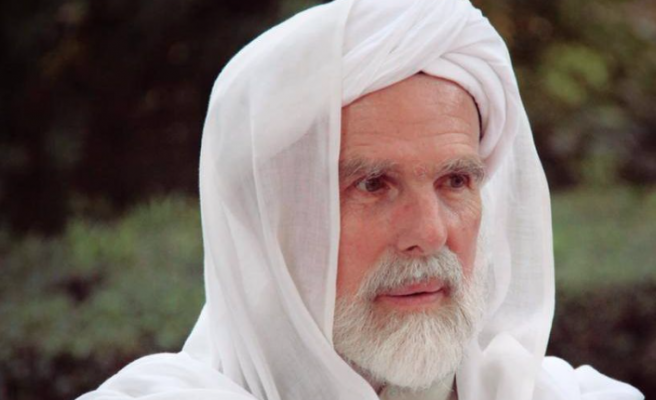 In the 1970s, Dr Umar Faruq Abd-Allah, a student of Dr Fazlur Rahman at Chicago University, also completed his doctoral thesis on Islamic law. When we look back at his activities of the last few years, what makes Abd-Allah's point of view unique – in which he advocates a stand against the rising religious extremism and emphasizes the importance of pluralism - is his effort to strongly maintain his references to traditional Islamic knowledge.

After a period of stagnation, one of my previous articles titled “World Renown Islamic Leaders” saw an increased readership in March and I followed this with another report that introduced the American Imam Mohammad Majid, known commonly as the “Imam who read Quran to Trump” and the young Canadan Imam Sheikh Navaid Aziz. Without losing too much ground, I thought it best to also write about another well respected imam who also has a significant following in Turkey: Dr Umar Faruq Abd-Allah.

Umar Faruq Abd-Allah (whose surname was originally Wymann-Landgraf) who is known throughout the world – as evidenced by a wide following on social media – was born in Columbus in the US state of Nebraska in 1948. Born into a protestant family, Wymann-Landgraf spent his childhood years in Athens, a small town of Georgia. Both of his parents were teaching at Georgia University. In 1964, his parents moved to the neighboring Midwest state of Missouri, specifically to Columbia, where they took new positions at the University of Missouri. His grandfather was also a retired emeritus professor of the same university and Wymann-Landgraf followed in the footsteps of his parents, completing his undergraduate degree with dual majors in History and English literature at the university.

Wymann-Landgraf was a highly successful student in which he found name was on the Dean’s list all semesters. In addition to this, he also became a member of the Phi Beta Kappa society with a 250 year history, it is one the oldest and most well established honor societies for the liberal arts and sciences in the United States. As he bade farewell to his college years, he won a Woodrow Wilson Fellowship and entrance to Cornell University in Ithaca, New York to pursue a Ph.D. program, thus taking the first steps to New York. These first steps were the turning point in which he became Umar Faruq Abd-Allah.

Wymann-Landgraf began reading the autobiography of Malcolm X after he began his studies at Cornell University. This autobiography deeply influenced his life as it was the source that inspired him to embrace Islam. Ultimately, the inspiration led him to his conversion to Islam at the beginning of the 1970s.

In that case, we will use the name Umar Faruq Abd-Allah to explain the rest of his story...

One of the important changes that Umar Faruq Abd-Allah, who is deeply influenced his life with his conversion to Islam was his the change that he made to his academic field, which he continued to work as a brilliant young man. Abd-Allah, who pursued studies relating to Islam following his conversion, transitioned to the University of Chicago for this purpose. At the University of Chicago, Abdallah studied under Dr. Fazlur Rahman, a strong voice of that period and Abdallah as a student of Dr Fazlur Rahman was able to continue his academic studies and in doing so learnt Arabic and the Islamic sciences.

Umar Faruk Abd-Allah, who pursued his education in Chicago, took his doctorate in 1978 with his studies in Islamic law. The thesis that brought him to his doctor was titled Malik’s Concept of ‘Amal in the Light of Maliki Legal Theory.

Having started his teaching career after winning his doctorate, Abd-Allah taught at three universities in America until 1982. In that year, he decided to travel to a different place to teach and left the United States to Arabic in Spain.

Umar Faruq Abd-Allah, who was also recognized by Muslims in Turkey in these years, has an interview in 1980, 42nd issue of Mavera magazine. We understand from the small books prepared by Akabe Publications about the Islamic countries that the magazine publishers did not follow Omer Faruk Abd-Allah in the book of Syria in 1985 when they translated the book of Omer Faruk Abd-Allah in this subject. But in the following years Abd-Allah did not find a connection with Muslims and institutions in Turkey.

Following his PhD, Abd-Allah took three separate positions at American universities until 1982. During this final year, he decided to change direction and left the United States and travelled to Spain to teach Arabic.

It was during these years that Abd-Allah was beginning to be recognized by Muslims in Turkey and gave an interview in 1980 that appeared in the 42nd issue of Mavera magazine. We can understand the publishers of the magazine, Akabe Publishers, that they continued to follow his works evidenced by the translation of the Syrian booklet in 1985 by Umar Faruq Abd-Allah in a series of booklets on Islamic countries. In my research however, following this I found no other connection between Abd-Allah and Muslims and institutions within Turkey.

After two years in Spain, Abd-Allah, whose path at this stage led him to Saudi Arabia, taught at the Department of Islamic Studies at King Abdul-Aziz University. He stayed here until the year 2000, teaching Islamic studies and comparative religions. His time here, apart from teaching at the university, also provided him the privilege to work with many important Muslim scholars granting him the opportunity to develop himself and further his knowledge.

Return to the United States

After nearly a 20 year absence, it was time to return to the US. Abd-Allah returned to Chicago in 2000 and took office as to work as the chair and scholar-in-residence of the newly founded Nawawi Foundation, a non-profit educational foundation. Abd-Allah, who continues to work and teach today at the Nawawi Foundation, where Ingrid Mattson is also present, teaches and lectures in different parts of the United States and Canada.

When we look back at his activities of the last few years, what makes Abd-Allah's point of view unique – in which he advocates a stand against the rising religious extremism and emphasizes the importance of pluralism - is his effort to strongly maintain his references to traditional Islamic knowledge. Here are two videos that you can listen to Abd-Allah's ideas on these issues, with the first link a shorter video and the second being a longer explanation:

Dr Abd-Allah, as mentioned previously, published his thesis, Malik’s Concept of ‘Amal in the Light of Maliki Legal Theory, as a book. Dr Abd-allah also completed a biography of Mohammed Webb, who was one of the most significant early American converts to Islam, in 2006 under the title A Muslim in Victorian America: The Life of Alexander Russell Webb, by Oxford University Press. Dr. Abd-Allah also has published two books, The Islamic Struggle in Syria [this book is the original of the book published by Aqaba Publications] and Mālik and Medina: Islamic Legal Reasoning in the Formative Period. A research on the internet shows that Dr. Abd-Allah is currently completing a second work entitled Roots of Islam in America: A Survey of Muslim Presence in the New World from Earliest Evidence until 1965 and is also updating his dissertation for publication.

Outside of these books, I have also been able to find the following publications:

- “Abu Hanifa” in Encyclopaedia Iranica, 1:295-301.
- “Theological Dimensions of Islamic Law” in The Cambridge Companion to Classical Islamic Theology
- “One God, Many Names.”
- “Islam and the Cultural Imperative.”
- “Living Islam with Purpose.”