'Kidnapped' Pakistani activist flies to Euorpe to renew his battle against drone strikes that killed his son, brother. 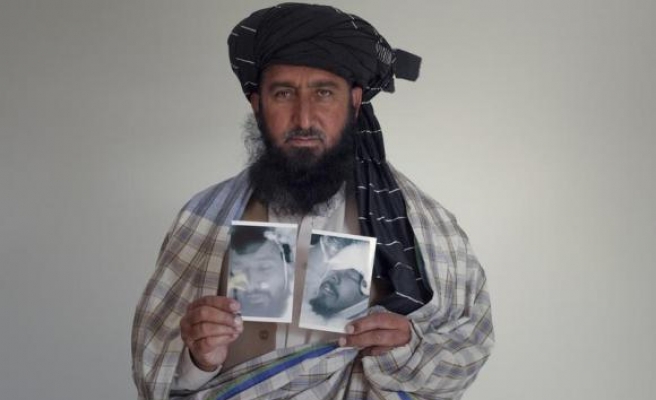 World Bulletin / News Desk
A Pakistani anti-drone activist who was allegedly picked up by security agencies on Feb. 6 and freed Thursday evening has vowed to continue his struggle against the drone strikes that have killed not only his son and brother but thousands of other people, as well.

He says he was thrown blindfolded late Thursday from a vehicle near Islamabad, the Pakistani capital, by his captors with an admonition to keep silent.

"It was a clear-cut warning for me that I should not pursue my mission against deadly drone attacks anymore," Kareem Khan told The Anadolu Agency. "But I am going to tell them that I am not scared at all, as death will come at its time. I will continue my mission."

Khan, a resident of the Machi Khel area of troubled North Waziristan -- a prime target of US drone strikes over the last six years -- spoke to AA before leaving for Germany late Friday. Instead of keeping silent, he is traveling to Europe to bring as much attention to the issue as he can.

Khan, who lost his son, Zaheen Iqbal, and a brother, Asif Iqbal, in a drone strike on his house in 2009, is going to confer with European Union parliamentarians in Germany, Belgium, the Netherlands, and the UK. He is traveling with the relatives of other victims of drone attacks and a legal team.

The activist, who is in his 50s, also filed an application with  police in July 2011 seeking murder charges against a former CIA station director in Pakistan, John A Rizzo, for approving the drone strikes on Waziristan.

Despite the violence and threats to which he says he was subjected this month, Khan said he has no fear.

"They threatened me that I would have to face dire consequences if I tell the media about my ordeal," he said. "But I want to tell them that it’s not my ordeal. It’s the ordeal of hundreds of families who have lost their dear and near ones in drone attacks. They should show their bravery to the those who are killing their own people rather than abducting and torturing a person like me who is waging a peaceful and democratic struggle against an inhuman and illegal act."

The Lahore High Court has ordered the interior ministry to produce the details about Khan’s disappearance by Feb. 20.

Khan said he would tell the parliamentarians how the drones often kill mere bystanders who are then condemned as terrorists with no investigation.

"I am going to tell them how innocent people are being killed in drone strikes in the name of terrorists," Khan said. "A drone comes, strikes, and kills people. A so-called security official on the condition of anonymity tells foreign news agencies that the deceased belonged Al-Qaeda or Taliban and that’s it. No one dares to investigate who were they, what were their names, where were they buried."

According to international and local think tanks, including the Washington-based New America Foundation and the Bureau of Investigative Journalists UK, more than 3,000 people have been killed in 380 drone strikes on South and North Waziristan since 2004. Of those 3,000, the think tanks' investigative reports show, 70 per cent were unarmed civilians. Between 160 and 300 Al-Qaeda and Taliban have also been killed in the drone strikes.

Although the Pakistani government publicly opposes the strikes, many people believe it has a tacit agreement in regard to drones with its ally, the United States, in the so-called war on terrorism.

Khan said he was held for eight days. He said he was kept blindfolded and handcuffed most of time in a basement and beset by verbal and physical torture.

"I was sitting with my family when around 20 persons, some of them were in police uniform, barged into my house and pounced on me without saying a single word."

“I kept asking, 'Who are you? Police or secret agency officials? And why I am being arrested?' But, they did not listen to me, and just give me a shut-up call," Khan said. He said they immediately covered his head with a hood, then bundled him into a vehicle and took him to an unknown place.

The activist said he was kept in a basement for four or five hours, then taken to a torture room.

"They hung me upside down, and two persons started hitting my feet with a leather strap so that it would not leave torture marks," he said.

Khan said his captors kept referring to him and his family with foul language, asking who was prompting him to wage his campaign against the strikes.

Khan said that late Thursday his captors again blindfolded him and bundled him into a vehicle.

He was thrown out of the vehicle by his captors in Tarnol area of Rawalpindi that neighbors Islamabad.

Shahzad Akbar, a lawyer for Khan, blames security agencies for abducting his client.

"Definitely, it is work of some government agencies," Akbar, who is accompanying Khan to Europe, said. The Rawalpindi police have denied arresting Khan.