All work and no pay for thousands in the Balkans 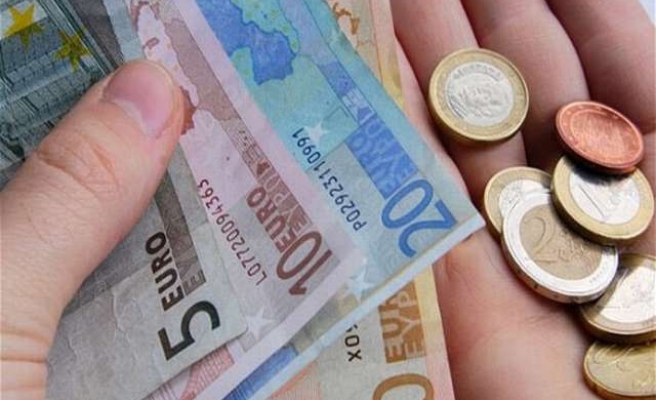 Complaining they had worked without pay for months late last year, employees of the Serbian farming company Agroziv staged a short strike in January. Why should they work for no money, they said. The company, a poultry producer in the north of the country, was short of cash and pleaded for more time to pay wages, workers said.

"The management told us, 'Please be patient for another two weeks,'" said Vesna Srdic, a packaging worker with the firm. "We waited and nothing happened. Some workers grew so desperate they were buying bread on credit from local bakers. But after some months even bakers refused to give them bread for nothing."

Patience ran out on June 4. Using chains and padlocks, Agroziv employees locked every door and gate they could find on company property. Then they blocked a main road leading to the border with Romania for two hours.

"My salary is 29,000 dinars ($343) a month and I haven't received a penny since January. I'm drowning in debt," Milica Milkovic, 52, said last month. The mother of two, dressed in a faded red T-shirt was waving a banner that read, "We want answers." Agroziv did not respond to requests for comment.

Such scenes are surprisingly common in the Balkans, where wages are often the first expense companies freeze when times are tough. Legal loopholes, inefficient courts and poor financial supervision allow struggling firms to skip paying wages, sometimes for months on end.

Since jobs are scarce, thousands of workers in the countries spawned by Yugoslavia's bloody breakup in the 1990s regularly work for nothing - in the hope that employers will eventually pay up. The phenomenon is growing in some places and contributing to social unrest in the region. Earlier this year protesters in Bosnia torched government buildings up and down the country. Protests in Croatia and Serbia have also become common, though not violent.

Most former Yugoslav republics, including European Union members Slovenia and Croatia, have yet to overcome problems born of the business practices they inherited in the 1990s.

In socialist Yugoslavia, the state owned all medium-sized and large companies and controlled salaries through a central payments system. With the federation's collapse, new and newly privatised companies tried to expand without much capital. Short of cash, some began delaying payments to suppliers, tax offices and workers. State-owned firms and institutions began doing the same, exploiting a lack of financial oversight to pick and choose their obligations.

In Croatia, the authorities are now trying to enforce more financial discipline. Finance Minister Boris Lalovac, speaking at a conference in April, said employers were failing to pay mandatory health and pension contributions for more than 200,000 workers among the country's 4.4 million people.

Kresimir Sever, a union leader in Croatia, estimates some 70,000 workers in Croatia are facing delays in wages. "In most cases workers wait too long before filing for bankruptcy (of their company), figuring they are better off having any kind of job and no salary rather than losing everything," said Sever. "In time, the company's assets melt and when the bankruptcy process begins, they (the workers) really do end up with nothing."

The situation is similar in Serbia, the most populous country to emerge from Yugoslavia with 7.2 million people. Ranka Savic of Serbia's Association of Free and Independent Unions said that at least 70,000 workers have not received wages for six months or more.

The country, which this year began talks on joining the EU, still has 153 state companies, partly kept afloat by annual subsidies worth more than $1 billion.

In February, some 1,400 workers at the state-owned Jumko clothing manufacturer from the southern city of Vranje protested about unpaid wages by blocking Serbia's main north-south highway for a day. They claimed they were owed seven months' wages and mandatory health contributions.

Two months later the Jumko workers received 5,000 dinars ($59) each, the government said. In May the workers again blocked the highway to demand all overdue wages and social benefits, as well as direct talks with the government. There has been no progress since then. Officials at Jumko did not respond to phone calls and emails seeking comment.

Serbia's new government, which took office in April, has vowed to reform laws on labour, bankruptcy and privatisation to improve the business climate and attract investors. It has also pledged to end subsidies for state-owned enterprises. Draft laws are being debated; the government says it hopes to adopt them by the end of July.

Slovenia, which joined the EU in 2004 and the euro zone in 2007, has seen the number of workers not receiving salaries rise steadily over the past five years. There were 3,601 cases of delays, partial payment or non-payment of wages in 2013, up from 843 in 2008, according to state Labour Inspectorate data provided to Reuters in June by the trade union ZSSS.

Goran Lukic, a spokesman for ZSSS, said "several thousand people" are not receiving their salaries, or receiving them with a delay, and the number is on the rise. He said the problem of unpaid wages was particularly common in construction and services such as office cleaning.

The plight of most unpaid employees goes undetected until they go on strike. Workers still prefer to keep turning up, despite not being paid, rather than lose their jobs, said Belgrade sociology professor Zoran Stojiljkovic. "A common feature of the entire Western Balkans is the people's capacity to put up with a lot of things for a long time. The limit of endurance is breached only when one can no longer pay the bills," he said.

The problem is not confined to the region's smaller countries. In Bulgaria, a nation of 7.3 million which joined the EU in 2007 and has a $50 billion economy, businesses at the end of May owed 77.2 million levs ($53.9 million) in delayed salary payments, the labour ministry told Reuters. Trade unions dispute the figure, saying the true amount is higher.

"I can assure you that we check any complaint (for unpaid salaries) received at the inspectorate," said the state labour inspectorate's spokeswoman Dina Hristova.

Nikolay Nenkov, the vice president of Bulgaria's largest trade union CITUB, said his organisation calculates unpaid wages are around $83 million or more. He said one company that had struggled to pay salaries was Remotex, a privately-owned industrial machinery repairer.

Based in the southern town of Radnevo, Remotex used to be one of Bulgaria's largest repairers of equipment for heavy mining, transport and energy industries. According to local union official Boyka Boeva, unpaid wages at the firm amount to 5 million levs ($3.48 million). Officials at Remotex, which was bought in June by a Greek investor, were not available to comment. Boeva said: "We really hope, after the arrival of the new owner, to see a favourable outcome because this enterprise is of great importance for this town."

Luca Visentini of the Brussels-based European Trade Unions Confederation said non-payment of employees had been relatively rare in EU countries, but that instances were now cropping up in crisis-hit southern states such as Spain, Portugal, Italy and Greece.

One of the key problems in the Balkans is that workers have little bargaining power. Unemployment in Croatia reached a 12-year high in March, with 380,000 people of working age without a job and an unemployment rate of nearly 23 percent. It has since fallen to under 20 percent, in part thanks to seasonal employment in the summer tourism industry. In Serbia, the unemployment rate stood at 20.8 percent for the first quarter, the last available data.

At the same time, tax collection is dysfunctional, with some companies not paying dues for months or even years. Payment for goods is also far slower than in the West.

"It's almost impossible to explain to someone from the West," said Ante Babic, secretary-general of the Foreign Investors Council in Croatia. "But it's not surprising that companies are not paying workers when you see that they can afford not to pay taxes or for the goods they bought. Control over salary payments is even looser."

Predrag Bejakovic of the Institute of Public Finances, an economic think-tank in Croatia's capital Zagreb, said that not paying taxes is still seen as "resourceful rather than immoral."

Croatian textile businessman Nikola Mikic, who owns Estare Culto, a well-established brand from Zagreb, said his company is owed 14 million kuna ($2.5 million) by various retailers and other private companies - but is struggling to collect it. That has left him unable to pay suppliers or his own workers regularly, although he says he is still "trying to pay salaries every month, in several instalments."

He said that even after taking legal action he would be unlikely to recover the money. "In this system you are more likely to retire before you get justice through legal channels."

Some progress is being made. After it joined the EU last July, Croatia published a "name and shame" list of firms that it said owed tax payments. The government also wants to create a system electronically linking tax, health and pension data, and is starting to tackle legal loopholes.

Until recently, companies registered as "limited" could not be prosecuted if they continued operating while insolvent instead of filing for bankruptcy. A change to company law now makes it possible to take action against errant managers and members of supervisory boards.

"You can see a strong wish to introduce order, but there has been so much neglect, so much abuse that changes are very slow," said a state labour inspector who declined to be named.

The lingering problems are illustrated by Arena Modna Kuca, a company from the Croatian city of Pula that ran into trouble after the Yugoslav market fragmented and European customers turned increasingly to China. Workers saw their wages, in the region of $470 to $540 per month, begin to dry up in 2013; but many worked on.

In May that year, the workers used a new legal avenue to claim unpaid salaries through FINA, the national financial supervisory body. After that, salaries were paid over the next few months, but then the tax authority blocked Arena's accounts over unpaid taxes and welfare contributions.

Employees say a little-known local firm named Istra Jadran Consulting is the biggest shareholder in Arena with 20 percent. Arena and Istra did not respond to requests for comment.

A caretaker management has been appointed to liquidate Arena, where a few workers still remain.

"We now come here to clean up and prepare the premises for sale," said 53-year-old Ana Ostoni, who said her income was irregular for almost a year. She hopes that, once the liquidation is settled in court, she will get three months' salary, but says she is owed much more.