Although Bashar al-Assad's regime is avoiding the topic of his future in Syria at the Geneva II talks, with their key allies Russia and Iran distancing themselves from him, it appears as though Assad's family are simply killing their own people in a desperate but futile attempt to survive. 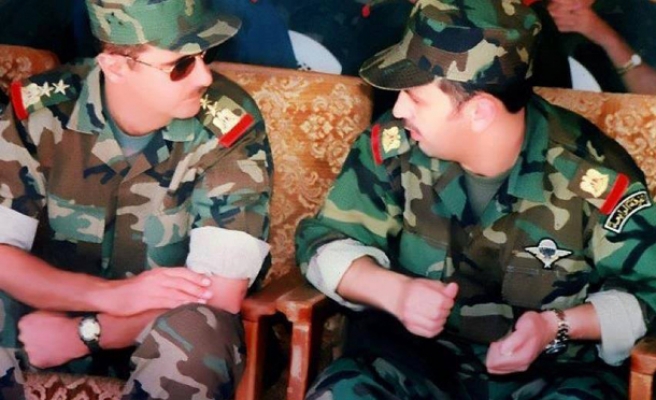 The Syrian regime and opposition have been discussing the prospect of peace and a clear future in Le Montreux Palace on the shores of lake Geneva this week.

In the meeting, regime delegates have avoided the topic of the future of leader Bashar al-Assad and his family.

The seventh day of the Geneva II peace talks commenced on Thursday with a one-minute silence for the victims of the civil war.

The talks between the representatives of  Bashar al-Assad and the Syrian National Coalition are being conducted within the framework of the Geneva Communique, which was accepted after the first round of Geneva talks in June 2012.

The two sides, who have been fighting a civil war for three years, do not enter into direct dialogue but extend their views to each other via a specially appointed United Nations and Arab League Special Envoy to Syria, Lakhdar Brahimi.

Assad's delegation said all the issues should be dealt with one by one and the first topic should be “the fight with terrorism.”

On the other hand, the Syrian National Coalition opposition demands priority should be given to efforts to form a transitional government, which it sees as the key solution to the country's problems.

Assad and his family's interests have caused the death of more than 130,000 people and around nine million who have been displaced. He and his brother, Maher al-Assad, are still free to walk on Syrian soil and conduct countless massacres.

Maher was widely believed to be the instigator of the 21 August gas attack in the Damascus suburbs and many more.

Damascus uses the word "terrorist" to describe all rebel fighters in Geneva II and says 'terorism' should be talked about mutually and urgently.

When the Syrian revolution began, the Assad family and its commanders were confident against the rebels. However, the last three years have shown that neither the regime army nor the rebels have the upperhand in the war.

While rebels are separating into many different factions, Assad and his family do not constitute an exception. His commanders, brothers and powerful soldiers have nowhere left to run.

Everybody supposes that Assad's army is making progress and he can retake Syria but Assad has no advantages without his allies and their fighters.

Iran and Russia have distanced themselves from Assad in the international arena while the West sells the rebels out by cutting arms aid.

Maher al-Assad is in charge of two of Syria's most elite military units: The army's Fourth Armored Division and the Republican Guard. But he is also a leader of the Shabiha militia.

Activists claim he was seen shooting at unarmed protesters at the start of the Arab Spring in 2011. A year later he was said to be commanding the troops in Homs and Aleppo - some of the most intensely fought battle grounds of the conflict. He lost a leg in a bombing last year, but fights on.

Maher al-Assad is widely believed to have helped orchestrate the regime's fierce campaign to put down the uprising.

Following the Aug. 21 chemical attack near Damascus that killed hundreds, opposition activists charged that the rockets carrying the chemical agents were fired by the 4th Division’s 155th Brigade, which commands large missile sites on the mountains overlooking the capital.