"Kurds can be effective in Syria, and we need to increase support for them. Western countries, including the United States, should establish proper ties with Syria's Kurds", said Demirtas. 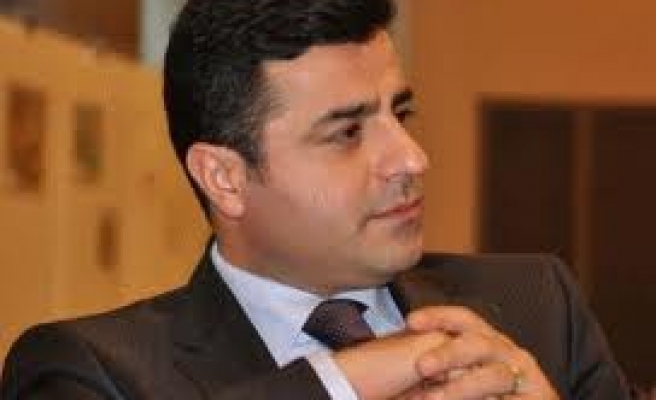 The head of Turkey's main Kurdish party has welcomed contacts between the Ankara government and Syria's Kurds, saying it could step up pressure on Syrian President Bashar al-Assad and help change the course of the civil war.

Turkish intelligence officers met in Istanbul last week with Saleh Muslim, head of Syria's DemocraticUnion Party (PYD), a Kurdish group whose militias have been fighting for control of parts of Syria's north near the Turkish border.

The meeting followed Muslim's declaration that Kurdish groups would set up an independent council to run Kurdish areas of Syria until the war ends. Ankara fears that kind of autonomy could rekindle separatist sentiment among its own, much larger Kurdish population as it seeks to end a 30-year-old insurgency.

"Saleh Muslim's visit to Istanbul is a concrete sign that Turkey is moving towards changing a policy that sees Kurds as a menace," Selahattin Demirtas, head of parliament's Peace and Democracy Party (BDP), told Reuters in an interview.

"It won't just affect Turkish-Kurdish relations but also the course of events in Syria by creating pressure on the regime," he said.

"Kurds can be effective in Syria, and we need to increase support for them. Western countries, including the United States, should establish proper ties with Syria's Kurds."

Turkey is one of the strongest backers of the rebels seeking to topple Assad in a war that has claimed more than 100,000 lives since March, 2011.

Syria's ethnic Kurdish minority has been alternately battling Assad's forces and the Islamist-dominated rebels for control of parts of the north.

Turkey wants assurances from the PYD that it will not threaten border security or seek an autonomous region in Syria through violence, and that it will maintain a stance of firm opposition to Assad, officials said.

Turkish Prime Minister Tayyip Erdogan on Friday warned the group against any "wrong and dangerous" moves that could hurt Turkish security.

Demirtas is a main player in Turkey's efforts to resolve a conflict on its own soil with Kurdish militants in which more than 40,000 people, mostly Kurds, have been killed since 1984.

The 40-year-old party leader has shuttled to the island prison that has held Abdullah Ocalan, the head of the outlawed Kurdistan Workers Party (PKK), since his conviction for treason in 1999 and has delivered the rebel leader's messages to his armed followers in northern Iraq.

The PKK - considered a terrorist group by Turkey, the United States and European Union - announced a ceasefire in March to encourage talks with Ocalan, seen as the best chance yet to end one of the world's longest-running guerrilla wars.

"He is like a good chess player. He makes his move by predicting the next eight or 10 moves in advance," said Demirtas, who met Ocalan for the first time on Imrali this year.

Running red worry beads through his hands, he described Ocalan as a master of Middle Eastern politics and connoisseur of literature, philosophy, art and history.

In recent weeks the rebels have warned that Erdogan's government must show greater commitment if the ceasefire is to hold, and address Kurdish grievances by expanding political and cultural rights.

The BDP expects legislative action by October, when parliament reconvenes after a summer recess, on demands for the release of thousands of party members in detention on terrorism charges, stronger local rule and Kurdish-language education.

Authorities strictly control access to Ocalan, limiting him to infrequent meetings with family, his lawyers and BDP members involved in the peace process. Supporters would like to see him moved out of his small cell to meet with civic groups and the media, as well as for a hospital to open on Imrali.