The problems faced by the families of the Disappeared echo those of a land where the murders of 3,000 people, one in 600 of the population, remain unsolved. 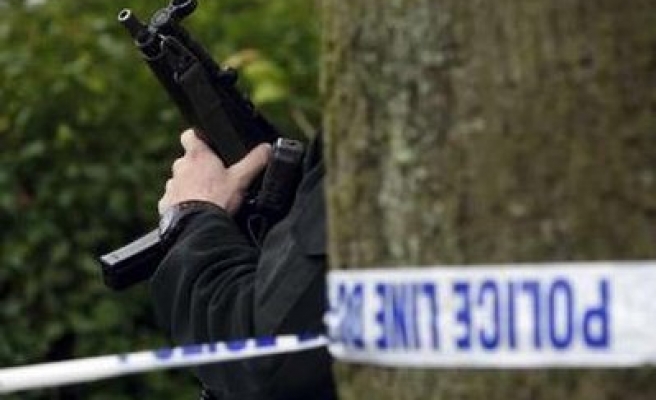 As Brendan Megraw's coffin was lowered into his family grave 36 years after he was kidnapped and shot by the IRA, the mourners at the cemetery felt relief but also anger at Northern Ireland's reluctance to investigate its past.

Among those gathered at the graveside were relatives of a dozen other people "disappeared" by the Irish Republican Army in the 1970s and 80s. Six bodies remain missing and, like most of the 3,600 victims of the "Troubles", none of the crimes have been solved.

"The past has been left behind and the politicians are quite happy to let it go ... it's hard to take," said Oliver McVeigh, still searching for the remains of his brother Columba kidnapped by the IRA in 1975. "It's never gonna be dealt with while the extremist parties are involved."

Details of the murders emerged after the 1998 peace deal ended three decades of tit-for-tat killings by mainly Catholic Irish nationalists, who opposed British rule in Northern Ireland, and mainly Protestant pro-British loyalists. The deal ushered in a power-sharing government.

The IRA admitted killing 13 of the 16 classified as "disappeared" in the 1970s and 80s, mostly Catholics accused of collaborating with British forces, while the Irish National Liberation Army admitted one. No one has taken responsibility for the other two, or two more who went missing after 1998.

A deal was brokered to allow details of grave sites to be disclosed but no evidence collected for prosecutions.

But in May, Gerry Adams, leader of the IRA's political wing Sinn Fein, was arrested briefly and questioned over the 1972 murder of Jean McConville. Adams denies any role in her murder.

His arrest shook the power-sharing government and prompted Sinn Fein to question police neutrality. Talks were instigated on a new structure to deal with the past with a Christmas deadline. But there is a gulf between the kind of structure favoured by unionists, who blame paramilitaries like the IRA for the Troubles, and nationalists who blame the British state.

KILLERS ON THE STREET

"No one here believes there will be agreement" ahead of elections next year, said nationalist commentator Brian Feeney. "If there is no agreed process ... this will just go on suppurating for generations."

The problems faced by the families of the Disappeared echo those of a land where the murders of 3,000 people, one in 600 of the population, remain unsolved. From villages to Belfast housing estates, killers pass victims' families on the street.

"We know who was involved. They are local people," said Sheila Simons, whose brother Eugene was taken on Jan. 1, 1981. Her father Walter said he was threatened when he tried to find his son, whose body was found, by accident, in a bog in 1984.

The huge backlog of cases, cuts to police resources and the gradual disappearance of forensic evidence, including the destruction of weapons during the peace process, has convinced him the chances of the crime being solved "are nil".

Like many of the families, he sees the number of veterans of the conflict who are in power as a barrier to progress.

"The sad thing about it is the architects of those Troubles ... are now governing us," said Walter. "It makes me wonder how we are ever going to get peace."

But the priority for most of the families is securing the return of the bodies, not pursuing justice.

"We just don't want to think about it," said Patricia Gearon, whose brother Peter Wilson, then 21, disappeared in 1973. His body was found on a beach in 2010.

"The trauma they have caused through the years to the family because they have disappeared the body is unbelievable," said Philomena McKee, whose mother was hospitalised due to the strain after her 17-year-old son Kevin disappeared in 1972.

"We are never going to know the answers."