Camp but no tent for Pakistan's returning internal refugees 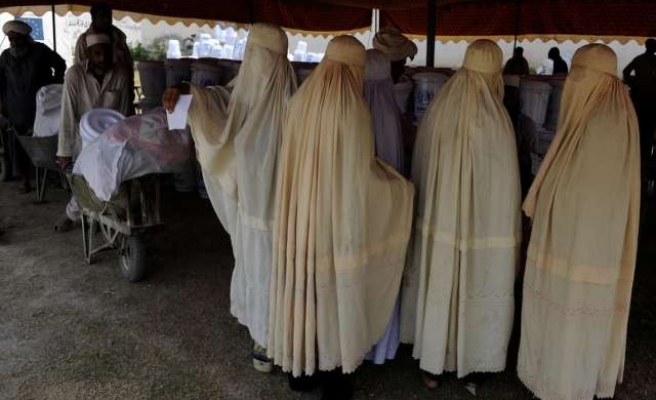 Fikarmand Afridi lives in an old, worn-out tent with his wife and four children. The 32-year old was forced from his home in Bara, in Pakistan's northwestern tribal belt, where the army are trying to force out the Taliban-linked Lashkar-e-Islam militant group.

Fikarmand is paying 1800 Pakistani rupees ($18) for the tent in the Jalozai camp, 35 kilometers from the city of Peshawar, which hosts almost 900,000 registered refugees. The local disaster authority says that it is struggling to provide for all the refugees displaced by the six-month battle between the army but has been hampered by a lack of supplies and bureaucracy.

Fikarmand has been in Jalozai twice before and each time he finds less support. In 2008, he spent a year there after fleeing another military operation. He later returned to his village, hoping to rebuild the home that had been razed to the ground in the battle between the militants and army.

“But fate was not in my favor; in fact those were the darkest days of my life. Me and my family had suffered tremendously,” he says, rubbing his teary eyes.

In 2010, not long after he completed the house's boundary walls -- by borrowing money from a relative -- he was forced to evacuate again, when the army began a new operation despite having earlier claimed to have cleared the area of militants. He returned to Jalozai but was told he was not eligible for a tent because, according to the authorities, he had not returned his tent the last time. That was when he arranged to rent a tent from a family who had moved out of the camp and into a rented house.

“Many like me, who were forced to leave their homes becoming IDPs for the second time in less than a year, were refused tents,” he says. "To be alive, they are giving us food but we need proper shelter as we were pledged at the time of evacuation.”

October marked the army's fourth attempt to remove militants from Khyber Agency. Its "Khyber One" operation was launched as an extension of a wider anti-militant operation that began almost six months ago as an attempt to destroy the Tehreek-e-Taliban Pakistan militant network in the nearby North Waziristan tribal area.

He said those who had migrated are in favor of the military operation but expect results and government assurance that militants will not, once again, return.

Like Afridi, Noor also complains that many who have returned to the camps have not been supported by the authorities; they receive food rations but not tents.

“When we were told that your area has been cleared off from militants and it is safe to return; we gave our extra luggage including tents to those IDPs from Bajaur and Mohmand Agencies who were still living there because of military operation in their areas,” he said.

The Jalozai camp's chief coordinator from the Provincial Disaster Management Authority, Waseem Khattak, claims however that all internal refugees are given tents and rations.

“It has not came into our notice that an IDP family has rented a tent however, it is possible that one family who have left the camp had rented it to another family for a token price,” he says, adding that some families have not been registered and so cannot be provided for.

According to the authority's spokesman Latif Khan, a third of the 3,000 families displaced from Khyber Agency by the recent army onslaught are unregistered. Khan said they have been given rations but not full relief packages.

“I went to the facilitation center countless number of times explaining them my case but they said you were registered here before and are given full relief package so you are not eligible to receive it again,” says Fikarmand, who pays for his tent by working odd jobs from dawn to dusk; making 300 Pakistani rupees ($3) a day.

“There are times when for weeks I don’t get any job but at the end of the month at least I could earn Rs.1800 to pay the rent," says Fikarmand.

During a recent visit to the camp, the governor for the Khyber Pakhtunkhwa region, Sardar Mehtab Ahmad Khan Abbasi, said there would be an investigation into malpractice by camp authorities.

Fikarmand was one of those tentatively listening to the speech but was disappointed. Those announcements have been made before, he says, but they do not lead to change.