The links between Washington and Moscow have returned to an old style instead of a new beginning, while bilateral relations revive a "power race" of the Cold war era, with Obama cancelling plans to meet with Putin. 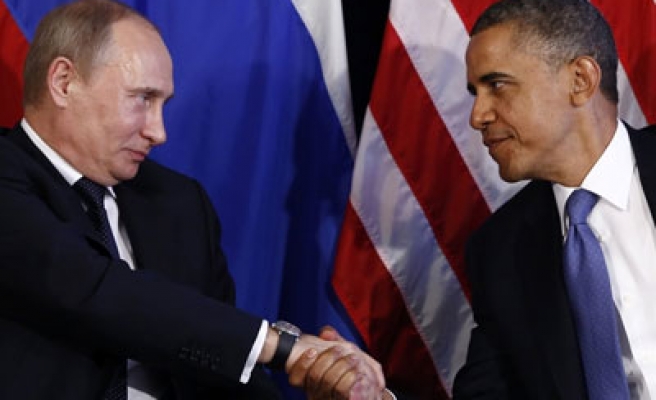 The links between two capital cities, Washington and Moscow have returned to an old style instead of a new beginning, while bilateral relations revive a "power race" of the Cold war era.

"A fresh start" which the US wished to establish with Russia has not moved forward because of many recent differences of opinions, such as different approaches to the Syrian crisis, Iran, the missile defense system, nuclear disarmament and human rights. Hence, bilateral relations have returned to a "power race" of the Cold war era.

The US has been criticized for not taking serious actions against the Assad regime and not being able to handle the Syrian crisis as a world power despite the "red lines" being overstepped because Russia kept its stance on the Syrian crisis.

White House Spokesman Jay Carney said "We are extremely disappointed that the Russian government would take this step despite our very clear and lawful requests in public and private that Snowden be expelled and returned to the United States."

Former US National Security Agency contractor Snowden had received asylum for a year in Russia.

Still, disagreement on Syria is the top issue for the tension between US and Russia.

While Russia called on all armed groups and foreign actors to stop the bloodshed in Syria, US and international organizations want to topple Assad regime.

G8 leaders in June could not persuade Russia to find a political solution to the ongoing Syrian civil war although Obama announced they had evidence that Syrian regime used chemical weapons.

After all, Obama had cancelled plans to meet with Russian President Vladimir Putin in Moscow next month during G-20 Summit.

Combining all, it seems that the reason that Obama cancelled his meeting with Putin was to improve his image as a leader of world power.