Details of the U.S.-India nuclear deal

India will launch a campaign to explain the agreement to the public. 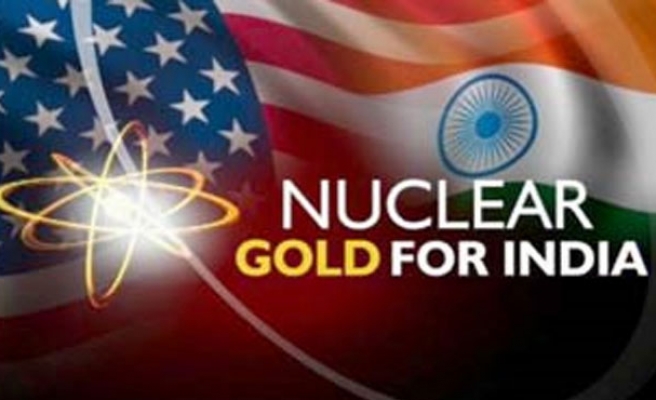 Here's a Q&A that lays out some of the detail of the deal, based on briefings by both sides:

1) What does the agreement set out to do?

It seeks to set a framework for the U.S. nuclear industry to enter commercial talks on building nuclear reactors in India by resolving two concerns - one about inspections; the other about liability for a nuclear accident.

2) What's the deal on inspections?

An agreement on 'administrative arrangements' - jargon for inspections - ties up one loose end dating back to the landmark nuclear cooperation deal signed in 2008. Modi, a month after taking office last year, agreed to tighter checks by the International Atomic Energy Agency. Now, Washington has dropped its insistence on 'flagging', or tracking, fuel consignments. An agreed text is expected to be finalised within a month or two.

3) How does the agreement address liability?

The agreement endorses the principle of strict liability, which 'channels' costs arising from a nuclear accident to the plant operator and requires it to pay no-fault compensation. Negotiators from both sides say the Indian side presented a body of law, precedent and opinion supporting the case that its laws and regulations meet international standards.

A key clause in India's 2010 nuclear liability law does, however, allow a plant operator to seek secondary recourse against a supplier - a legacy of the unresolved claims arising from the 1984 disaster at a U.S.-owned plant in Bhopal. To address this, India will set up an insurance pool to cover liability up to a hard cap.

4) How would the insurance pool work?

The state-backed insurance pool would cover operator liabilities of up to 15 billion rupees ($244 million). Any recourse sought by the operator against a supplier could not exceed this figure. Insurance premiums have yet to be determined, but for suppliers they would be a "fraction" of the amount paid by the operator.

5) What happens if there is a Fukushima-type disaster?

The Indian government would cover additional costs of up to 300 million IMF Special Drawing Rights ($420 million), in line with international practice.

Beyond that, India would need to join the IAEA Convention on Supplementary Compensation for Nuclear Damage (CSC), due to enter force in April. By ratifying the convention, India would gain access to international funds with risk shared according to how many nuclear plants a country has.

6) What is the status of the agreement?

India will sum up the agreement in a memorandum that lays out relevant law, precedent and rulings. It is not a legal document or treaty, but it would serve as a common "hymn sheet" for both sides.

India will launch a campaign to explain the agreement to the public. There will then be a 'seminar', possibly in March, to address how the insurance pool would work in practice. Although India has not committed to a deadline on ratifying the IAEA's Convention on Supplementary Compensation, it is expected by the U.S. side to do so at some point in the near future.