A 26-year-old Dutch man of Turkish origin, who once served in the Dutch army, left to train oppositin fighters in Syria. In a recorded interview with Dutch TV, he said that European fighters in Syria had no intention to attack Europe if they ever returned. 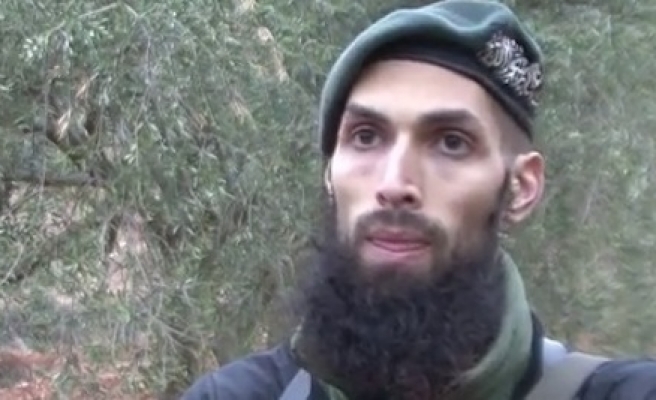 As the Syrian civil war enters its third year, the world is talking less and less about the atrocities carried out by Bashar al-Assad's regime forces, which has claimed the lives of over 100,000 civilians, as focus is turned to the presence of Al-Qaeda rebels fighting both regime and opposition forces.

One particular issue that has been making headlines across the West in recent months is the presence of hundreds of fighters who have left their homes in Europe and America to join the civil war. The authorities are particularly worried that once the war is finished, these fighters will return home radicalized and primed to carry out attacks on the West.

However, one particular young man who has gone to fight from the Netherlands spoke to Dutch TV program Nieuwsuur (News Hour) to reassure the West that most European fighters in Syria have no such intention. Dutch reporter Roozbeh Kaboly followed 26-year-old 'Yilmaz' for 8 months with a number of recorded interviews conducted in English via a mediator in Syria on almost a daily basis.

What makes Yilmaz, who is of Turkish origin, more interesting is that despite going to Syria to fight in a 'jihad' against the Syrian regime, he is at the same time very much a Datch patriot. In fact, reporter Roozbeh Kaboly first noticed Yilmaz after browsing the internet for pictures of the Syrian civil war and spotting him wearing a modified Dutch army uniform.

Before going to Syria, Yilmaz had completed his military service in Turkey. He then went back home to the Netherlands, where he signed up for the Dutch army with dreams of becoming a commando. However, after the Syrian civil war broke out, a contact Yilmaz had in Syria asked him to come and apply his skills to train opposition fighters against the Assad regime. Just a month or two before a due promotion, Yilmaz, who was feeling diheartened by the regime's oppression against the Syrian people, decided to put his skill to the test.

Claiming that 90% of the fighters he trains had never fired a bullet in their lives, let alone fought in a war before they arrived in Syria, Yilmaz denied being part of Al-Qaeda. Although he acknowledged that Al-Qaeda was active in the Syrian civil war, he said that most foreign fighters who had come to Syria came with the simple intention of protecting and defending the innocent people of the country.

For Yilmaz, the decision to come to Syria was a moral one, saying that he feels sorry for people who sit at home watching hundreds and thousands of people getting killed and doing nothing about it. He criticized the West for not doing anything to help the oppressed people of Syria, insisting that if the Dutch forces were to send a unit to help the Syrian people, he would be one of the first to sign up to the Dutch army.

'We come from the West, we understand the systems of the West, we've seen with our own eyes what the West does in crisis situations like this...we don't want this any more,' he said, slamming the international community for its lack of action.

Using this as a justification for his mission, Yilmaz then admitted that he was in Syria to help set up an Islamic state, saying 'an Islamic state built upon Islamic principles will always defend the rights of the innocent and people living in its borders.'

At the same time, however, Yilmaz was full of praise for his home country, praising the organization of the Netherlands ans expressing his desire to see the same organization in an Islamic country one day. He also refuted accusations that he and other fighters from Europe were planning to attack their countries when they return home.

'I came to Syria for Syria only,' he said, adding 'most of us came here to die, going back is not part of our perspective here, it's a closed chapter for me.'

'Knowing Holland, they should be worried about other things, with criminals and pedophiles roaming the streets, but I understand their fear...I’ve never been a violent person towards people who are not violent towards me,' he concluded.

Many of the other fighters who appeared in the videos with him had their faces hidden because they were worried on the consequences their families would face back home if they appeared on camera, but it was clear that they had accents native to the West. Reporter Roozbeh Kaboly said that at first Yilmaz was suspicious of his desire to interview him, but after reassuring him that he was an objective reporter, Kaboly said Yilmaz was eager to correct the image of foreign fighters in Syria.