Nabil Fahmy said that deepening political divisions would lead "ultimately to more tragedies" and accused the Brotherhood of igniting bloodshed. 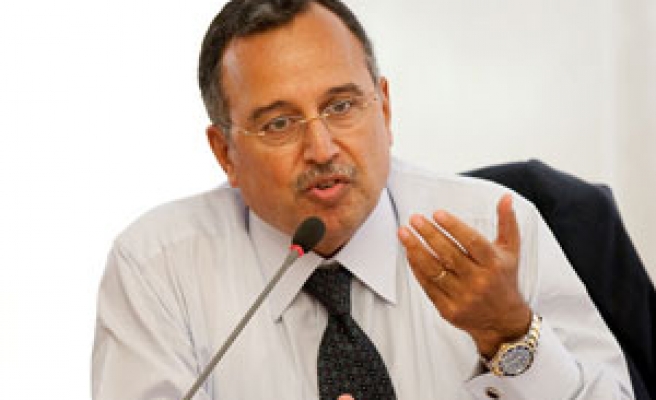 The Muslim Brotherhood should be part of Egypt's political future and must stop inciting violence, the country's foreign minister said on Sunday, a day after the group accused security forces of killing 72 of its supporters in the streets.

Nabil Fahmy said that deepening political divisions would lead "ultimately to more tragedies" and accused the Brotherhood of igniting bloodshed that is posing a security threat to Egypt and hindering efforts to revive the fragile economy.

The Arab world's most populous state has become increasingly polarised since the army removed President Mohamed Morsi from power over three weeks ago, infuriating his Muslim Brotherhood.

"I think this heightened polarisation and the continuous incitement for violence is very, very dangerous because it keeps people at a very short fuse, frankly, and Egypt needs to move forward," Fahmy told Reuters in an interview.

Saturday's violence raised concerns in the West over growing turmoil in Egypt, a strategic U.S. ally.

The Brotherhood has accused the security forces of repeatedly attacking protesters who were demonstrating against what it sees as a coup against the country's firstly freely elected leader.

But while the Brotherhood reiterates a stated commitment to peaceful resistance, the authorities say its supporters are turning ever more to violence, spurred on by fiery rhetoric from its leadership.

Fahmy linked moves to reconciliation with what he described as a halt to violence and put the onus on Brotherhood leaders he said were calling for bloodshed.

"The Muslim Brotherhood has a choice. If it wants to be part of the Egyptian political scene, the door is open," he said.

"That being said, if they choose to resort to violence, they will be subject to the full force of the law, the law."

The Brotherhood has accused army chief Abdel Fattah al-Sisi of robbing Egypt of the democratic gains it has made since the overthrow of Hosni Mubarak in 2011 and wants Mursi reinstated.

Fahmy repeatedly accused Brotherhood leaders of inciting bloodshed, endangering Egypt. "Let's stop the violence and get into a dialogue about how to get reconciliation," he said.

"It's important to take it step by step. The first step is to reach an understanding on ending violence, and then reconciliation will come with time."

The Brotherhood says it wants nothing to do with the army-backed transition, which Fahmy said should end within nine months with the election of a new head of state.

"Even if I personally reject their positions or ideology, they have to find their place in Egypt's political life."

The Brotherhood worked underground for decades under Mubarak and other leaders, establishing grassroots support through social work.

It would not be easy for the military to wipe out the group if it mounts a major crackdown. The Brotherhood has said it would keep pressing its cause through peaceful protests.

"We are looking for reconciliation among all Egyptians, I don't think we are at a situation where we will allow the situation to get out of hand."