"The withdrawal from Baidoa should have been done almost a year ago but AMISOM was not ready and that could not be done," Foreign Minister Tedros Adhanom told Reuters in an interview. 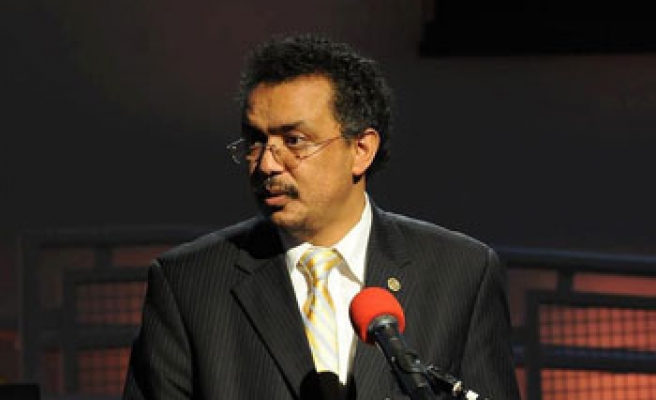 Ethiopia has begun pulling troops out of a former rebel stronghold inSomalia, but it has no plans for a complete withdrawal from the fight against insurgents, its foreign minister said on Monday.

But suicide attacks have reinforced concerns the militants remain a potent force and Ethiopia's sudden withdrawal in March from Hudur - the capital of Bakool province near the Ethiopian border - enabled al Shabaab to retake the town.

Foreign Minister Tedros Adhanom said Ethiopia had begun pulling out of Baidoa - once considered the most important rebel city after the port of Kismayu - because it was now relatively stabile and Somali forces were able to take over.

"The withdrawal from Baidoa should have been done almost a year ago but AMISOM was not ready and that could not be done," he told Reuters in an interview. Ethiopia seized the city, about 250 km (150 miles) northwest of Mogadishu, last year.

"I am now glad that there is a well organised and planned withdrawal and the space is already being occupied by Somali forces," Adhanom said.

After a 2006-2009 stint, Ethiopia once again sent troops to Somalia in 2011 to fight al Shabaab, alongside African Union forces from Uganda and Burundi and Kenyan troops that later incorporated the AMISOM mission, after entering Somalia independently to pursue al Shabaab.

Tedros said Ethiopia's aim now was to deploy in areas where the rebels appeared to have a far stronger presence. He expressed confidence that Somali troops would be able to stand their ground in places Ethiopia left.

Ethiopian troops may deploy back to areas they have left if AMISOM and Mogadishu asked for their return, he said.

"That is what is needed when al Shabaab is on the run - the best use of our forces instead of stationing them in just certain places," he said.

"I don't think there is a need to put a deadline for complete withdrawal because they (troops) will be engaged in one end every now and then, based on the need."

Diplomats say Ethiopia has a contingent of around 8,000 troops in the country.

The overthrow of dictator Mohamed Siad Barre in 1991 plunged Somalia into two decades of violence, first at the hands of clan warlords and then insurgents, while two semi-autonomous regions - Puntland and Somaliland - have emerged in northern Somalia.

U.N. sanctions experts said this month that Eritrea was undermining stability by paying political agents and a warlord linked to armed groups to influence the Mogadishu government.

Tedros accused Eritrea - long at odds with Ethiopia over an unresolved border dispute - of supporting the rebels.

"We have evidence that Eritrea is continuing to support al Shabaab," he said. "I think the international community should really take this seriously and take serious action especially in terms of strengthening the sanctions that have already been imposed by the U.N."

Eritrea denies playing any negative role in Somalia, saying it has no links to al Shabaab. It says U.N. sanctions imposed on it in 2009 for supporting the insurgents were based on lies and has called for the sanctions to be lifted.