EU must be ready to impose sanctions on Ukraine, says Czech minister

The foreign minister of the Czech Republic said it was unacceptable to see human rights being blatantly violated on the borders of the European Union. 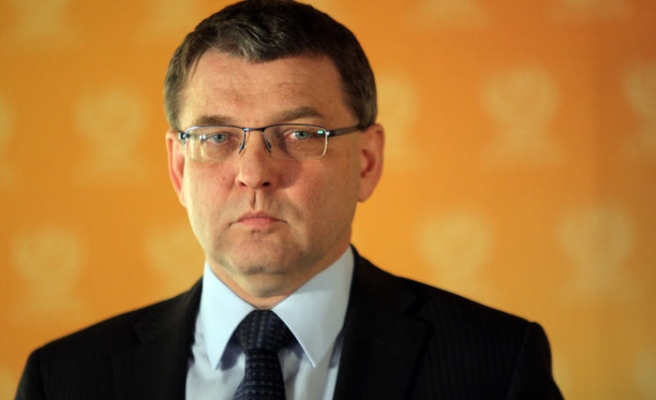 The European Union must be ready to impose sanctions on Ukraine if the government persists in using violence against protesters, the foreign minister of the Czech Republic said on Monday as he warned against Soviet-style authoritarianism.

Speaking ahead of a meeting of EU foreign ministers in Brussels, where Ukraine is to be discussed, Lubomir Zaoralek said it was unacceptable to see human rights being blatantly violated on the borders of the European Union.

"It's something totally unacceptable, this violence and the role of the authorities in intimidation. It's something that is very close to our experience in the socialist past," Zaoralek told Reuters in his first interview with foreign media since being appointed at the end of January.

"I am absolutely convinced that if there is an escalation of violence, I see no chance to avoid sanctions. The EU must use all tools at our disposal," he said.

Sanctions on Ukraine have become a point of divergence between the EU and the United States.

In secret recordings released on the Internet last week, Victoria Nuland, the U.S. assistant secretary of state for European affairs, was heard complaining to the U.S. ambassador to Kiev that the EU was too soft, and she suggested the United States should adopt a "fuck the EU" attitude.

In a separate recording, one of the EU's top foreign policy experts, Helga Schmid, was heard telling the EU ambassador to Ukraine that she was worried about Europe's perceived weakness and the criticism being levelled at it.

But while the United States is keen to put pressure on Ukrainian President Viktor Yanukovich and a possible sanctions package is already being prepared in Congress, EU member states are far more hesitant.

Diplomats indicate that Germany, Britain and France are among the major countries opposed to such a move, which they argue will further complicate efforts to bring Yanukovich on side and will ultimately play into Russia's hands.

The crisis, which began in late November, has become a proxy battle between the EU and Russia over influence in Ukraine after Yanukovich rejected a long-negotiated trade deal with the EU and decided to pursue closer ties with Russia instead.

Zaoralek, who held talks with Nuland last week, said the key moment for the EU would be mid-February, when an amnesty offered by Yanukovich to the protesters is due to expire.

The amnesty, already rejected by most of the demonstrators, calls on pro-EU protesters to leave occupied public buildings in exchange for some detainees being set free.

"If after Feb. 17 the current government uses violence to suppress the opposition, the Maidan and the people, maybe that will be a concrete reason to use all possible tools which we have in the EU," said Zaoralek, referring to the central square in Kiev that is the focal point of the protests.

Asked if there were gaps between the EU and U.S. policy on Ukraine, the minister acknowledged this was the case, but said it was up to Europe to shape its own approach.

"I would like to see a Europe that would be able to manage these programmes and not have to wait for another friend or power to solve it," he said.