The interviewed experts expect that protests will flare again after the Muslim holiday as concerns have yet to be addressed. 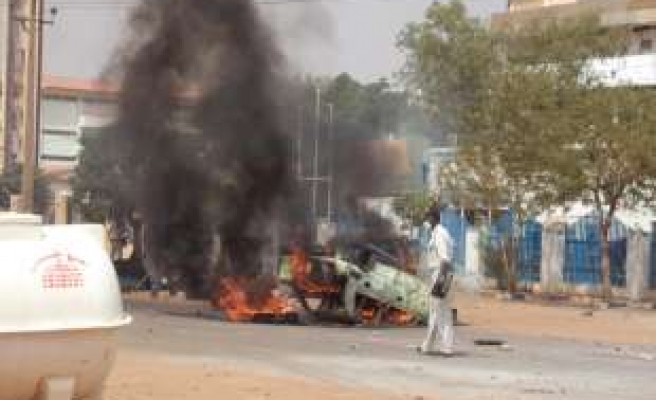 Experts believe that the detention of opposition leaders, crackdowns on protesters, closures of universities and schools, a lack of coordination and the approaching Eid al-Adha holidays are the main reasons for the recent drop in the intensity of anti-government protests.

The recent protests have represented the strongest expression of popular dissatisfaction with the regime of President Omar Hassan al-Bashir since he took power in 1989.

"The detention of opposition leaders and activists, the use of force to disperse demonstrators and the closure of universities and secondary schools have all served to dampen the protests," Salah al-Doma, a political science professor at Omdurman Islamic University, told Anadolu Agency.

Protests flared up in different Sudanese cities two weeks ago after the government lifted fuel subsidies as part of a raft of controversial austerity measures.

The decision led to immediate increases in fuel prices by between 65 and 95 percent.

The subsequent drop in the value of the Sudanese pound could also have disastrous ramifications in a country that mostly depends on imports to feed its people.

According to the Sudanese government, around 34 people, including police, were killed in the recent wave of protests.

Global rights watchdog Amnesty International, however, puts the death toll at some 200.

The Sudanese opposition, for its part, says at least 214 people were killed by police gunfire in a heavy-handed government crackdown on peaceful protests against the controversial economic measures.

Popular anger appears to have subsided in recent days, however, with no casualties being reported and demonstrations limited to specific areas of capital Khartoum and other cities.

"The advent of the Eid al-Adha [the holiday that marks the climax of the annual Islamic Hajj pilgrimage] and the desire of Sudanese civil servants to receive their salaries to prepare for the occasion have contributed to sending the demonstrators home," Al-Tayeb Zain al-Abdeen, a Khartoum University political science professor, told AA.

Omdurman Islamic University's al-Doma, for his part, believes the protests are likely to flare up again since their root causes remain intact.

"The government will maintain its policies regardless of the protests," he said. "It will remain adamant to rationalize its spending and a spiraling budget deficit."

"The economic crisis is getting worse, while more citizens are infuriated by the security forces' suppression and the killing of many opposition demonstrators," he said.

He added that international pressure – along with discontent inside the ruling party – would further encourage anti-government demonstrators.

"This can send people back to the streets," Zain al-Abdeen asserted.

Thirty ruling party leaders had earlier submitted a petition to the Sudanese president urging him to reconsider the austerity measures and bring those responsible for killing peaceful protesters to justice.

Both professors believe that a reduction of government spending and the suspension of the war in the western Darfur region – with a view to slashing military spending – would contribute to solving the country's economic crisis.