From Baltic to Asia, East-West aerial confrontations heat up

Baltic and Nordic countries in particular - all members of NATO or the European Union or both - have reported increased Russian air force activity.Outside the Baltics, experts say they worry about incidents around the Senkaku Islands between China and Japan 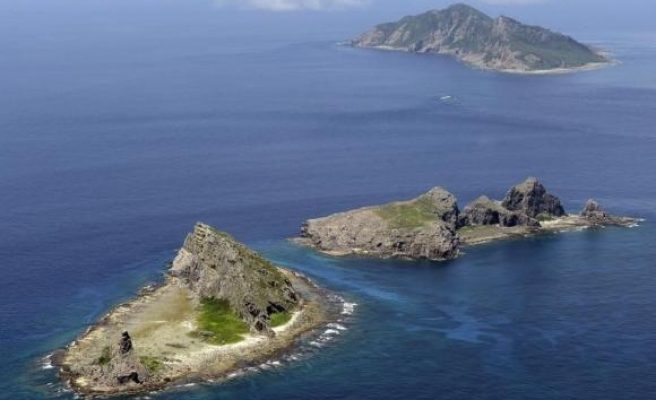 From the skies of the Baltic to the South China Sea, a new era of confrontation with Russia and China is pitting U.S. and allied pilots against their counterparts on a scale not seen since the Cold War era.

It is, current and former officials say, a major shift for air crews who by and large have spent more than a decade flying largely uncontested missions over Afghanistan and Iraq.

Lying behind the aerial sabre-rattling are high tensions between the West and Russia over Moscow's perceived role in Ukraine's separatist conflict. And China, as it builds up its military on the back of economic growth, has become more assertive over multiple maritime boundary rows with neighbours, some of them allied by treaty with the United States.

With Sweden complaining that a Russian military aircraft nearly hit a civilian airliner, the risk of an accident, perhaps even of conflict, is on the rise.

In August, a U.S. reconnaissance plane and Chinese fighter jet had their own near miss over the South China Sea, while Chinese and Japanese fighter pilots increasingly spar over disputed islands.

"There's been a very significant escalation, particularly in the last year," says Christopher Harmer, a former U.S. Navy pilot and now senior fellow at the Institute for Study of War in Washington. "These incidents are now happening on a scale we have not seen in 25 years."

The shooting last July down of Malaysia Airlines flight MH17 over eastern Ukraine, where government forces have been fighting pro-Russian separatist rebels, was a reminder of the dangers to civil aircraft flying over contested air space.

NATO said earlier this month that its jets had scrambled more than 400 times this year as Russian air force jets approached its air space, twice the level from 2013.

Baltic and Nordic countries in particular - all members of NATO or the European Union or both - have reported increased Russian air force activity.

Both Sweden and Denmark summoned the Russian ambassadors to complain about the near miss near southern Sweden.

"It's not only the question of increased flights... but the way they are conducting them," NATO Secretary General Jens Stoltenberg told a news conference on Monday.

Russian aircraft, he said, are not registering with air traffic control, filing flight plans or activating their transponders, a communications instrument that makes it easier for an aircraft in flight to be located.

Aviation experts say the advent of budget airlines has markedly increased the number of civilian flights through the Baltic region, at least doubling it since the Cold War ended.

During the Cold War, ex-U.S. Navy pilot Harmer said all sides were mindful of accident risks. Most squadron commanders on both sides had been flying such missions for years.

Some of the more aggressive actions by Chinese jets in particular might be the result of impetuous junior officers rather than a central directive from Beijing, former U.S. air force intelligence officer Christian Lin-Greenburg wrote in September in the National Interest journal.

"The recklessness of the pilot may be more representative of the risk seeking behaviour of relatively junior year ego-driven commanders," he wrote.

Beijing should introduce better risk management training for its officers, he said, or risk a repeat of an incident in 2000 when one of its jets collided with a U.S. spy plane. The Chinese pilot died and the U.S. plane was forced to land in China.

Outside the Baltics, experts say they worry about incidents around the Senkaku Islands between China and Japan, known as the Diaoyutai in Chinese. Centuries of ethnic divisions could supercharge matters, they say.

"You're talking about sometimes hot-headed young pilots who believe that national honour is at stake," said one Western official on condition of anonymity.

Ultimately, the risks of an accident may diminish over time.

In the Gulf, officials say Iranian and U.S.-led forces, at odds since Iran's 1979 Islamic Revolution, have become increasingly adept at keeping clear of each other.