A long-simmering rivalry between indigenous Fijian nationalists and the descendants of ethnic Indian labourers, brought by the British to work sugarcane fields used to justify coups in the country. 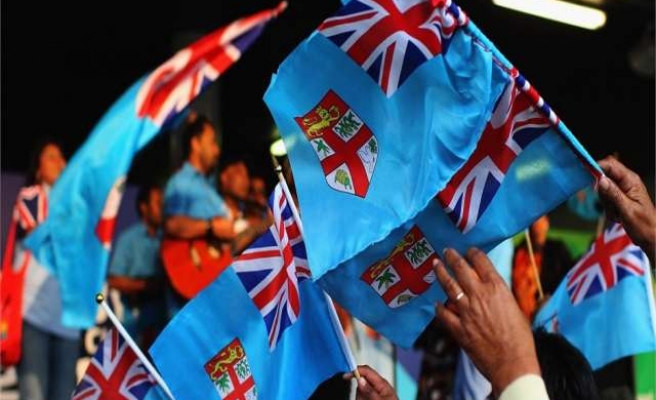 When voters in Fiji head to the polls on Wednesday for the first time in eight years, they will be voting not only for a leader, but also testing the success of one of their military junta's key justifications: ending a history of ethnic conflict.

Fiji, a chain of more than 300 tropical islands in the South Pacific, has suffered four coups since 1987, the latest in 2006 led by former army chief Voreqe "Frank" Bainimarama, whose Fiji First Party has a strong lead heading into the general election.

Bainimarama seized on a long-simmering rivalry between indigenous Fijian nationalists and the descendants of ethnic Indian labourers, brought by the British to work sugarcane fields, to justify his coup.

In 2000, ethnic Fijian nationalists held the country's first Indo-Fijian prime minister hostage in Parliament for 56 days, which led to riots in the streets of the capital, Suva.

Bainimarama quickly abolished traditional, rival power bases such as the ethnic Fijian Great Council of Chiefs while steadily pushing for equal rights culminating in a 2013 constitution, helping him to consolidate his popularity amongst Indo-Fijians.

But while new laws mean equality has improved on the surface, in reality, the animosity festers under the surface, said Professor Brij Lal, an expert on Fiji at the Australian National University.

"Decreeing that political parties ought to have multi-racial membership is one thing, but the reality on the ground, as everyone will tell you, is that ethnic relations are much more fraught now than before," he told Reuters.

Of paramount importance was the instability inherent in dictating equality by fiat, whether or not one believed that Bainimarama embraced multi-ethnic policies out of genuine belief or political expediency, he said.

"The question that you have to ask is: how widely is that view shared by members of his own party? Does the military share that view, which is 99 percent ethnic Fijian?"

"So how genuine is this transformation, if there is one?"

Ethnic Indians make up about 40 percent of the population of about 900,000. Indigenous Fijians fear political domination by the minority ethnic Indians who dominate the sugar- and tourism-based economy.

THE EXCEPTION IS THE RULE

Fiji's much-delayed vote is being closely watched by neighbours Australia and New Zealand, the region's economic and diplomatic powerhouses, eager to welcome the country back to the fold of normal relations after eight years of isolation.

In Fiji, ensuring a return to democracy after years of military rule seems foremost on people's minds.

"What's in an anglicized name," asked Asaeli Tamanitoakula, referring to a decree that all citizens be addressed as Fijian regardless of ethnicity.

"The land is protected and so is everything else. What is not protected is a return to democracy, and that's why we need the elections. Otherwise we have not progressed as a nation."

Sunil Ram, an Indo-Fijian, told Reuters that although ethnicity was not a major factor in his vote, he was looking forward to the freedom that came with the abolition of ethnic voter lists used in the past.

"Before I felt like an outsider to my own country by voting in your own racial groups," he said. "This time we will all be voting in one line, all as Fijians."

Ultimately, the best gauge of Bainimarama's success may be that the military - Fiji's most powerful institution - remains almost 100 percent ethnic Fijian, said Jenny Hayward-Jones, a regional expert at Sydney think-tank the Lowy Institute.

And since the 2013 constitution granted the military broad powers to interfere in politics, that leaves the fate of the country in the hands of a powerful, ethnic-Fijian institution.

"I think that exception to the rule is actually the greatest demonstration that he hasn't done as much as he could have, because that was something that was within his reach," she told Reuters.