Hardline Hindu politicians impatient with Modi's refusal to champion their cause are beginning to advance their own agendas. 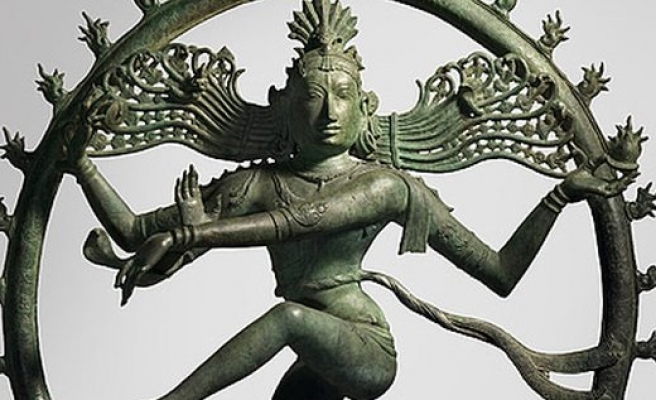 In an ashram near the Ganges river in the Himalayan foothills, Indian priest-turned-politician Sakshi Maharaj mimes rowing a boat to illustrate what will happen if Prime Minister Narendra Modi's government ignores Hindu nationalist demands.

"Modi will have to be a boatman: one oar must focus on the economy and the other must concentrate on the Hindu agenda," says Maharaj, clad in saffron robes and sitting cross-legged on a bed.

He twirls his bejewelled fingers in the air, explaining that otherwise the boat will spin in circles.

The Hindu priest, who has been charged with rioting and inciting communal violence, is the embodiment of hardline religious elements in Modi's party whose strident behaviour is dragging on the government's economic reform agenda.

In recent months, Maharaj has created uproar by describing Mahatma Gandhi's Hindu nationalist assassin as a patriot, saying Hindu women should give birth to four children to ensure the religion survives and by calling for Hindus who convert to Islam and Christianity to be given the death penalty.

For the first time since the election last year, some lawmakers in Modi's Bharatiya Janata Party (BJP) are rebelling against his focus on mending the economy and governance at the expense of promoting Hinduism.

This is testing the authority of a leader who captured power to a degree not seen since Indira Gandhi ruled India more than three decades ago.

Hardline Hindu politicians impatient with Modi's refusal to champion their cause are beginning to advance their own agendas.

Maharaj, for example, wants to make it illegal for Hindus to change religions and seeks the death penalty for slaughtering cows, an animal revered by Hindus.

Protests erupted at the most recent parliamentary session over a campaign by hardliners to convert Muslims and Christians to Hinduism, torpedoing key foreign investment legislation that the opposition had earlier agreed to pass.

Modi had to use executive orders to drive policy, but they are seen as a stopgap measure that cannot replace reforms needed to address India's slowing economic growth.

"Modi has a major problem with these extremist elements," said S. Chandrasekharan, director of the South Asia Analysis Group in New Delhi. "If he can't bring them under control they are going to ... sap the energy needed to carry out reforms."

In a sign the world is watching, U.S. President Barack Obama warned on a recent visit that India's success depended on it not splintering along religious lines.

"I AM A POWERFUL MAN"

At the spiritual retreat, or ashram, elderly disciples with long grey beards bend to kiss the feet of Maharaj, who wears light brown socks with sandals, an orange turban, gold-framed Dolce and Gabbana glasses and a chunky gold-coloured watch.

With a self-proclaimed following of 10 million people, Maharaj, a four-time member of parliament, draws support through a network of dozens of ashrams and colleges.

"I am aware that I am a powerful man," Maharaj says. "I can make or break the government."

Maharaj is charged by police with rioting and inciting a mob after helping tear down a 16th-century mosque in Ayodhya in 1992, an event sparking riots in which around 2,000 people died.

He admits being present at the demolition but says he could not stop the crowds. In India, trials can take decades because of a shortage of judges.

Modi will have a clearer idea of whether radicals elements are alienating voters when the BJP fights elections in New Delhi. Also this month, the government must present the budget and try to enact three emergency decrees in parliament.

In December, Modi told lawmakers their behaviour was hurting the party and warned them not to cross the Lakshman Rekha, a forbidden line in Hindu mythology, according to party officials briefed on the meeting.

"The message is loud and clear: there is no room for any diversion from the economy," said G.V.L. Narasimha Rao, a spokesman for the BJP.

The battle for the government's direction is particularly acute for Modi, because he and his party are ideologically rooted in Hindutva, or Hinduness, a concept sometimes defined in strident opposition to Muslims and Christians.

Modi himself has consistently denied accusations that, as chief minister of Gujarat, he did not do enough to prevent riots in which more than 1,000 people died, most of them Muslims. A Supreme Court inquiry found no evidence to prosecute him.

The Rashtriya Swayamsevak Sangh, the powerful ideological wing of the BJP, supports lawmakers like Maharaj who are working to make India a Hindu nation, said a senior RSS official who asked not to be named.

"We will support them because it is all for a Hindu cause," he said. There was no evidence to suggest that the RSS was actively involved in pushing the hardliners' agenda, however.

Modi's ties with radical Hindus "can be best described as a game of chess," said Ramchandra Guha, one of India's leading historians. "Both sides are on board when it comes to establishing the Hindu supremacist agenda, but they want to follow a different strategy to achieve it."

Maharaj says most Indians, including Modi, privately share his views, and he will continue promoting Hindu supremacy.

"The only difference is he is refined and maybe we are crass," Maharaj says of Modi. "We may have to fine-tune the message but the message will remain the same."

Navaid Aziz: The period of communicating with people only in the mosques has come to an end
Facebook
854.6B
Twitter
0
POOLAll Pools
PRAYER TIMES