"One of the elements of the life of the Prophet which very much strikes me is that he was referred to as ‘al-Amin’ (the Trustworthy one) prior to his revealing as a Prophet. So that he was already considered trustworthy by the Quraysh in Mecca...." 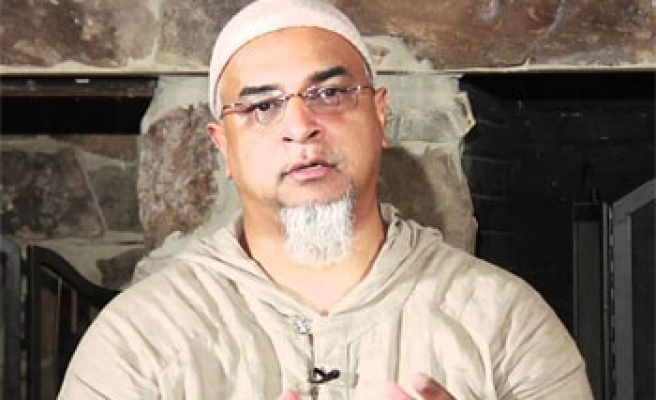 Imam Afroz Ali is the managing director for Seeker’s Hub Global, which is a partnership between Seeker’s Hub of Toronto, Canada (under the leadership of Shaykh Faraz Rabbani) and al-Ghazali Centre based in Sydney, Australia.

The lifestory of the Prophet is incredibly important, and is the basis on which we should understand our own lives. Today, this is a dying science – Sirah has become a book which is found in a library or on a bookshelf, when in fact it should be part and parcel of our own lives, as to how we can follow his examples, imitate what he has told us whether we understand the wisdom of it or not.

One of the elements of the life of the Prophet which very much strikes me is that he was referred to as ‘al-Amin’ (the Trustworthy one) prior to his revealing as a Prophet. So that he was already considered trustworthy by the Quraysh in Mecca. This is one of the most profound things I take from the Sirah. Why is this the case? Because this tells us that we have to understand the Sirah by it’s living. Before we can pass our message on to anybody else, we have to be trustworthy people. But he was already accepted as a trustworthy person before his message was revealed to the Meccans. We must have that wisdom for ourselves. If people cannot trust us as Muslims, how can they take the message of Islam from us? This is a profound message for us to establish trust with each other.

The lack of trust is one of the reasons why people run away from Islam, because they are hearing things which give them the impression that they cannot trust Muslims. And we must return to this very message, the very life of the Prophet Muhammad, sal Allahu alayhi wa Salaam, that we have to restore trust with each other first. “He who cheats us is not one of us.” - hadith

Practicing the outward Sunnah, whilst good – whatever the Prophet did outwardly, from the length of the beard to the folds of his pants, these are all important parts of our religion, our deen (way of living) – but why are these important? The inward, the manner which made him the perfect man – with whom? With God. And so the internal, the outward expression helps us to transform our internal state and become a person of excellence. The Prophet was a man of perfection. We can attain excellence of our own states. We cannot be perfect, obviously, we have many faults and must correct them, but we can find this excellence and look to his exemplification of character. The outward practice should affect the internal, and I always say that there are three stages here: the first stage is that you should act outwardly as the Prophet taught us. If that does not transform our inside into a better character, than our action was futile, but if it made our character better, then it should lead to the third stage, which is love of Allah, subhana wa ta’ala (Glorified and Exalted). So there is action, exemplification of the Prophet which transforms our character, which leads us to love Allah. The Prophet was here to teach us how to have uns (closeness, nearness, intimacy) with Allah.

The rootword of human being in Arabic, insan, has two components: some scholars say is comes from uns, some say it comes from nasiyya (forgetfulness). The Prophet reminds us how to be a human being. But uns refers to social intimacy. We are social beings, and the highest point of the social being that we share is love.

Imam abu Hanifa and the Lives of the Great Scholars

There are numerous wisdoms and reasons that exist in the relationship between the complete commitment of the likes of Imam abu Hanifa, radhi Allahu anhu (may God be content with him), to the Prophetic example, and that includes the Quran itself. One of the elements of that, which is specific to Imam abu Hanifa, is that he was a man who brought the importance of rational/intellectual thinking to the forefront. These days, rational/intellectual thinking is very important. So when you look at the time of Imam abu Hanifa, he was trying to make sense to the human intellect of the divine wisdom of the Kitabullah (the book of God), the Quran. What is the intent and message of Allah through the Prophet? What did the Sirah, the Prophetic biography, mean?

This was the core expertise of Imam abu Hanifa, and led not just to the madhab or school of Hanafi fiqh(jurisprudence), but also to the Maturidi aqidah (theological creed), which really arises from Imam abu Hanifa’s exposition of our creed. So really he provides this fundamental, foundational intellectual base for us, so that we are not people who are lost and confused in this world.

Today this world is very confusing and blurred. How do you go through all of that? Imam abu Hanifa gave us the tools to go through all this confusion and approach the truth as Allah meant us.

We have Mevlana in our midst. The message of Konya is three-fold: number one is that it is connected to our historical heritage, so what happened in Konya is not disconnected from the tradition of our Prophet. So that you can go from Konya to Andalusia, and you will see commonalities, because the spirituality of the people was coherent. So there is no doubt about the connection to the heritage. The second is that the expression is local, so that while it shares connections with Andalusia, or Syria, Damascus, etc, it is still unique. Why? Because it was a response to the local circumstances, which the scholars, the like of Mevlana Jelalludin al-Rumi, found. But Mevlana holds the key to Konya. Which is that if our heritage and our uniqueness does not lead us to love Allah, then what is the use of heritage, history or civilization? Mevlana made sense of civilization, that civilization is a stepping-stone to Allah, and this is Konya.