Nationalism becomes an ethical disaster when celebrated on the expense of others, as is the case with Zionism, says Gilad Atzmon who recently published a book studying Jewish identity. 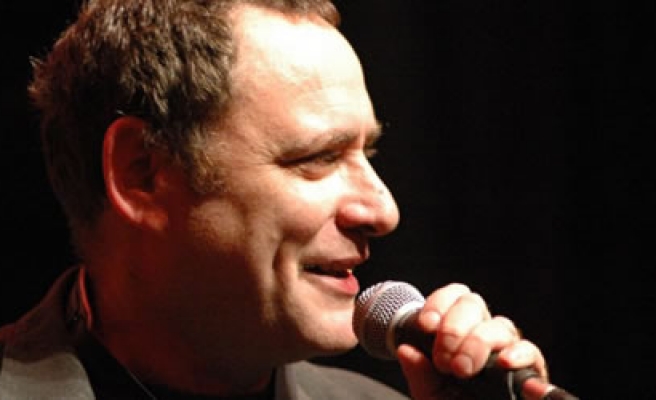 Gilad Atzmon, an Israeli-born writer and jazz musician, said: "No one opposes Jews as an ethnic group, but Israeli policies that are racist and expansionist.”

In an interview with AA, Atzmon said: "anti-Semitism is just a myth, people oppose Israeli politics and Jewish lobbying because they are exercised at the expense of other people, largely Palestinians and Arabs.”

Gilad Atzmon was born in Israel in 1963 and moved to the UK in 1994, after his musical training at the Rubin Academy of Music in Jerusalem.

Atzmon’s novels, ‘Guide to the perplexed’ and ‘My One And Only One’  have been translated into 24 languages.

His latest book, ‘The Wandering Who?’ is a study of Jewish identity; it is available in ten languages, including Turkish.

Atzmon argued that the vast majority of Israeli Jewish people want to see their state 'maintaining the primacy of its Jewishness'.

“Israel seeks security only for the Jewish people and is not interested in true peace,” he said.

As Israel has allowed 550 new settlements in the occupied neighborhoods of Jerusalem on Wednesday, Atzmon said: "There is no dispute between the state of Israel and the Israeli people over their policy towards Palestinians."

“I don’t see a real conflict between the Israeli government and the Israeli people. All we see is some light and non-essential disputes regarding the severity of measure abuse inflicted on Palestinians and Arabs,” said Atzmon.

Israel occupied Jerusalem during the 1967 Middle East War. It later annexed the holy city in 1980, claiming it as the capital of the self-proclaimed Jewish state.

Regarding the question of what is criticism and what is anti-Semitism, Atzmon said: “Those who try to stop us from criticizing Jewish culture must believe that Jewish culture is beyond criticism. They in fact affirm the Zionist belief that Jews are somehow chosen.”

At the 2009 World Economic Forum in Davos, Turkish Prime Minister, Recap Tayyip Erdogan quoted Atzmon’s words during a debate with Israeli President, Shimon Peres, telling him at the World Economic Forum: "Israeli barbarity is far beyond even ordinary cruelty." Atzmon said he was thrilled to see a world leader standing up to Peres and quoting his words.

“The fact that he was quoting my words was indeed a cheering moment for me in person. But the most important issue here is the meaning of the words. How is it possible that 94% of the Israeli Jewish population supported the genocidal tactics practiced by the Israeli Defense Forces at the time of operation Cast Lead?” he said.

Few people know that the occupation of Palestine by Ashkenazi Talmudists (modern "secular Jews") and European Jews was planned by Christians, British corporations and Jewish bank gangsters for profit and to install a nuclear military base to control the region resources. Fabricated "Antisemitism" was the main weapon for their success.BAFS

1884 "THE SURVEY OF WESTERN PALESTINE, JERUSALEM.BY COL. SIR CHARLES WARREN": “ THE PLAIN OF PHILISTIA - It is no idle dream to suppose that Palestine might, in a few years, become a land flowing with milk and honey ; ... the country has changed in parts to a small extent, due to ... the influence of public opinion of the West asserting itself even in Syria. .. Palestine—Philistia in particular—has not a tithe of the population that it would support ... " Britain sent in the Khazar Hordes!

Atzmon must have written Mein Kampf without any help from Hitler!