"What happened in Turkey with the protests and doping is something that I want to connect in a positive way," Arat told Reuters in a phone interview from Moscow. 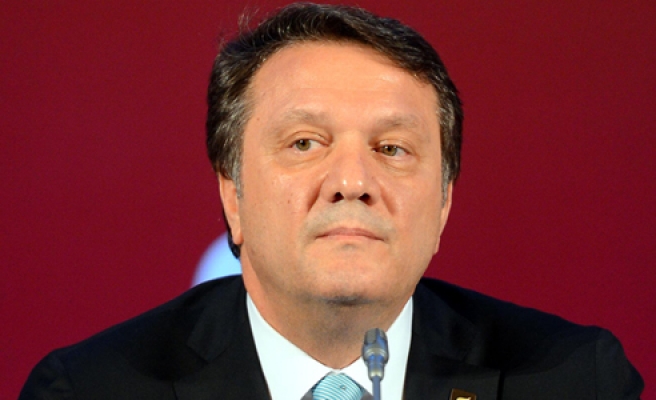 Blows rained down on Istanbul's 2020 Olympic bid in recent months with anti-government protests rocking the country, and dozens of Turkish athletes banned for doping.

But to suffer those ups and downs over the course of an Olympic bid is normal, bid leader Hasan Arat told Reuters on Monday.

Less than a month before the Sept. 7 vote of the International Olympic Committee, Arat said that these issues were not fundamental problems for the country, attempting to become the first nation with a majority Muslim population to stage the world's biggest multi-sports event.

"What happened in Turkey with the protests and doping is something that I want to connect in a positive way," Arat told Reuters in a phone interview from Moscow.

"The protests are over in Turkey. There is no problem any more, this is not a fundamental problem for Turkey. On the doping side we are cleaning up, there is zero tolerance. It is a very clear message for drug cheats in Turkey."

Madrid and Tokyo are the other two bidders with the IOC electing the winner at their IOC Session inBuenos Aires in September.

Turkey was hit by a wave of weeks-long protests in June after police used teargas and water cannon to disperse a demonstration against the redevelopment of an Istanbul square.

Two weeks of demonstrations and clashes with police left four people dead, including a policeman, and about 7,500 injured as well as raising questions over the impact the protests had on the bid's chances.

Concerns have also been raised regarding a possible security fallout from the neighbouring Syrian conflict.

"It is a long journey, the preparation is three years and then another seven years if you are awarded the Games. There could be up and downs. That's very normal," Arat said.

"Every city has its own fundamental problems, weaknesses and strengths. Our problem is daily things. These are short-term issues for us," Arat said.

"On doping we must educate young people and (their) entourage," he said, adding that Turkey's large percentage of young people -- some 31 million or just under 50 percent of the population are aged under 25 -- would benefit from this anti-doping drive.

This is Istanbul's fifth Olympic bid in the last six elections and the country, with its growing economic clout, is eager to become the first to host the Games simultaneously on two continents, Europe andAsia.

"We have a lot of firsts to offer. The young population of Turkey and their future is our main message," said Arat.