Japan global PR message could misfire with focus on wartime past

Experts said government efforts to seek changes in historical accounts would be counter-productive, since it would keep the issue of Japan's wartime past in public focus. 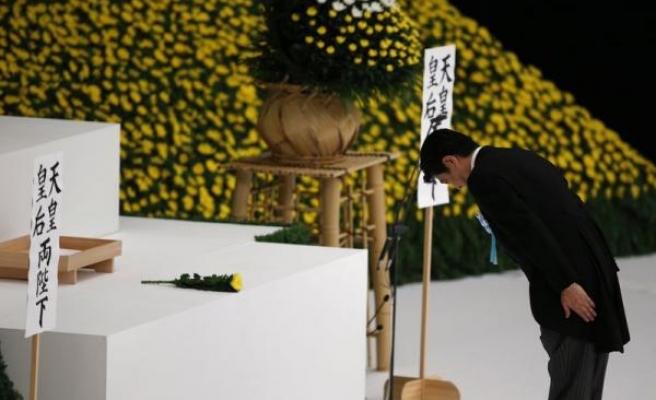 A push by Japan to correct perceived bias in accounts of the country's wartime past is creating a row that risks muddling the positive message in a mammoth public relations campaign to win friends abroad.

The PR campaign, which has a budget of over half a billion dollars, comes as Prime Minister Shinzo Abe aims to adopt a less apologetic stance on Japan's actions before and during World War Two and ease the fetters imposed on defence policy by Japan's post-war, pacifist constitution.

History is hardly the sole focus of the PR programme. Many of the funds will be used for soft-power initiatives to cultivate "pro-Japan" foreigners, such as supporting Japan studies at universities and setting up "Japan House" centres to promote the "Japan Brand".

But the government is also targeting wartime accounts by overseas textbook publishers and others that it sees as incorrect and damaging to Japan's image.

One such effort has already sparked a backlash.

Nineteen historians from U.S. universities have written a letter of protest against a recent request by the Japanese government to publisher McGraw Hill Education to revise its account of "comfort women", the term used in Japan for those forced to work in Japanese military brothels.

The request was rejected.

"We stand with the many historians in Japan and elsewhere who have worked to bring to light the facts about this and other atrocities of World War II. We practice and produce history to learn from the past," says the letter, a copy of which was seen by Reuters and which will be carried in the March edition of the American Historical Association's newsletter.

"We therefore oppose the efforts of states or special interests to pressure publishers or historians to alter the results of their research for political purposes," it added.

Abe himself has signalled support for the more aggressive PR push. "Being modest does not receive recognition in the international community, and we must argue points when necessary," he recently told a parliamentary panel.

The effort comes at a touchy time as Asia marks the 70th anniversary of World War Two's end with bitter memories not yet laid to rest, especially in China and North and South Korea.

After a decade of shrinking spending on public diplomacy, Japan's foreign ministry won a total 70 billion yen ($590 million) for strategic communications in an extra budget for 2014/15 and the initial budget for the next year from April - up from just 20 billion yen in the initial 2014/15 budget.

Many politicians and officials worry Japan has been outmanoeuvred by the aggressive public diplomacy of regional rivals China and South Korea.

"Many countries are investing hugely in this field and we feel we were not investing enough," said a Japanese foreign ministry official.

Conservatives have welcomed the bigger budget but want priority placed on correcting perceived errors about history.

"When we see lots of misunderstanding or prejudice against Japan's history, we'd like to at least set the record straight," said Yoshiko Sakurai, a journalist and head of the Japan Institute for National Fundamentals, a conservative think tank.

"We have already lost (the information war). Now we have to recover," she told Reuters in an interview.

Aware of the danger of a backlash, diplomats seem to have mitigated pressure to make the "Japan House" centres - to be set up first in London, Los Angeles and Sao Paulo in late 2016 - beachheads to market an official view of history. Instead, the facilities could provide what one bureaucrat called a "platform for balanced discussion" on controversial topics, for example, by sponsoring seminars.

"We are half-satisfied. By mobilizing all means, we must strengthen Japan's information strategy ... so that in a real sense, we can have (others) properly understand what is good about Japan," said ruling Liberal Democratic Partylawmaker Yoshiaki Harada, who heads a party committee on improving Japan's communication strategy.

Experts said government efforts to seek changes in historical accounts would be counter-productive, since it would keep the issue of Japan's wartime past in public focus.

"Dragging people into a long discussion about history ... seems like they are going to brand Japan with that atrocity in terms of its image," said Dartmouth College professor Jennifer Lind. "It's a losing battle."