Well-known Cape Town photo-journalist, radio show host tells about concept of media representation and depiction of and within Africa is explored 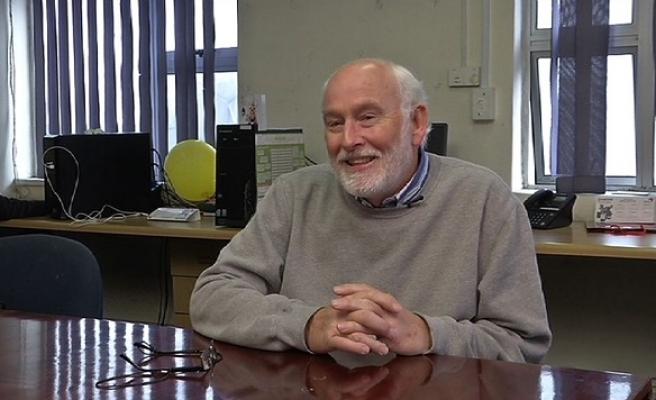 In a sit down interview with Shafiq Morton, the concept of media representation and depiction of and within Africa is explored. He breaks this into three perspectives holding that Western models of neo-globalisation depict Africa from a colonial voice. The story that often gets neglected are those on the ground who collectively reside as the voice of Africa.

How do non-African based media reports and depict Africa in their media?

If we look at how Africa is depicted in the media by non-African media we come to understand that it is rather about different question that one should ask. We should ask what Africa is not about and what Africa is about. Africa can be understood from three different perspectives that constitutes the whole of Africa.

The first is an indigenous perspective. This considers the original inhabitants of Africa. So these are the Berbers of North Africa, the Tauregs of the desert, and the Khoisan and the Kalahari of Southern Africa. There is also the somatic identity which is the Jewish, Christian, and the Muslim influences. People often do not understand that these influences in Africa come from the very beginnings of these different faiths. There is also the colonial perspective, which is more from Europe and more recently the United States of America. If one puts this all together then one gets a full picture of what Africa begins to be about.

Unfortunately, most non-African media based journalism uses a neo-colonial perspective approach. This means that they only see it through a European or an American lens. It is through this that they deny themselves the perspective of the indigenous African and somatic perspective. For example, 60% to &70% of sub-Saharan Africa is of the Islamic faith. This is often forgotten in non-African mainstream media.

What is the effect of Western media's reporting depiction of Africa?

If one looks at Western depictions of Africa through the media we see a very stereotyped image. This is because the fundamental understanding is not there. Africa’s history is denied. How many Western journalists know that the ancient civilisation of Egypt that went all the way down to Sudan was an African civilisation? Or that the Mali Empire that stretched across Africa was an empire that was bigger than most European empires in that era?

Also, we need to understand that Africa is a continent of oral tradition. It is not a written tradition focused culture. Since it was not a written tradition people tend to underestimate our historical legacy, cultural legacy, and civilisations that once was. We could look at Timbuktu that has mud palaces. Timbuktu was so great that it had people coming from all over the world to visit. We did not find that people from Timbuktu were going elsewhere. This in essence explains what Africa deals with in the media through non-African perspectives.

One needs to be able to listen to the voices of Africa. One must talk to the people in the streets and not necessarily listen to African politicians who usually represent the interest of the major industrialists and corporations. One must listen to the people. Learn how to speak Swahili, French, and Arabic. One must learn the language of the region. It is through this that a totally different picture will emerge.

Is an African voice able to objectively report Africa?

Africa struggles to raise its voice. Freedom of media in Africa is a huge issue. Most of Africa does not have a free press. In some African countries giving political commentary can be a life threatening experience. However, we are finding Africa is beginning to awake from this. For example, community radios are becoming the most powerful voices in Africa. This is especially the case in rural areas. Television is watched in the urban areas but in the rural areas the main medium is the radio. So radio is becoming a strong voice in Africa. Research has shown that the average person in rural village will listen to a radio station to at least one to three hours a day. This is a significant time spent listening to media.

In Western media we tend to see Africa being depicted as filled with conflict. What are you views on this?

One has to learn how to honestly report the violence but also to show behind the violence. One must show behind the physical and metaphorical walls. We need to know what life is like for a villager who lives in fear of Boko Haram. What do these people want from life? What do they want from their leaders? What economy do these people want? What are their aspirations? A balanced approach is the best one for Africa. Of course, Boko Haram and Al-Shabaab will get the headlines, but there is a lot more to the story. We barely see the stories of those who suffer from their actions. We also need to see the stories of those who live in areas where this violence is not present. So what about people who are embarking on agricultural skills. In spite of the poverty and lack of electricity, Africa is busy. Africa is alive.

Twenty years ago we did not find digital media as present in Africa.

Africa is far behind from the rest of the world in development. It is also far behind digitally. It is interesting though that if you go to a poor country like Niger and Chad their cellphone networks are clear and easier to use than developed countries. So the future of media in Africa is via the handheld device like a cellphone. For instance one could charge their phone in a village and use this device to connect with the outside world. Globalisation affects everybody. Globalisation is in the poorest village in Africa. One will find in those villages somebody wearing a Manchester United t-shirt or a Chelsea t-shirt. People are aware of the outside world. The handheld device is the device of the future. As Africa develops we will find people progressing to other platforms like the laptops, Ipads, and so forth.