New index underlines slavery no thing of the past 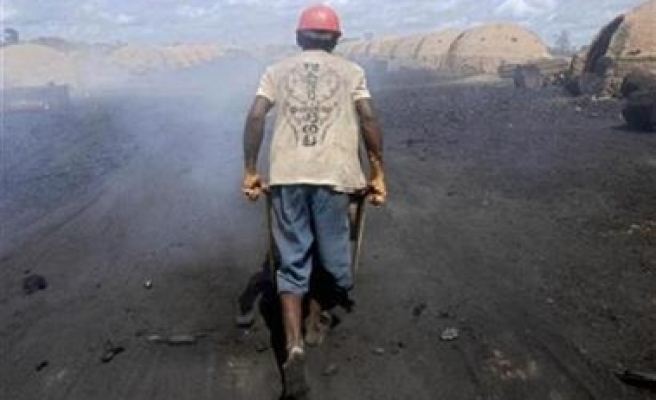 We've all made jokes about servitude in our modern workplace, but a new index underlines slavery is not a thing of the past.

According to the survey, almost 36 million people worldwide were subjected to modern slavery in 2014 with forms of forced servitude being found in all 167 countries surveyed.

“There is an assumption that slavery is an issue from a bygone era. Or that it only exists in countries ravaged by war and poverty,” said Walk Free Foundation Chairman and Founder Andrew Forrest in a statement.

“We are all responsible for the most appalling situations where modern slavery exists and the desperate misery it brings upon our fellow human beings,” he added, stressing that measuring slavery is the first step in eradicating it.

The findings of the Foundation's Global Slavery Index 2014 show that five countries account for 61 percent of all recorded instances, with 14.29 million cases recorded in India, 3.24 million in China, 2.06 million in Pakistan, 1.2 million in Uzbekistan and 1.05 million in Russia.

It defines modern slavery as involving one person possessing or controlling another in a way significantly depriving them of individual liberty, with the aim of exploiting them through their use, management, profit, transfer or disposal.

It takes into consideration prostitution, sexual exploitation, forced labor, slavery or similar practices, servitude and removal of organs, in accordance with the 2000 U.N. Trafficking Protocol.

Ali Kemal Ozcan, the head of Tunceli University's sociology department, told The Anadolu Agency Wednesday that the definition of slavery has changed.

He added that the term modern slavery, however, uses the term metaphorically.

"It makes a comparison, there is of course no slavery in our day. It is a criticism of the capitalist period in which the rights of people are exploited and limited.”

The index records the highest proportion of a population in modern slavery in Mauritania, with 4 percent, followed by Uzbekistan with 3.97 percent, Haiti 2.3 percent and Qatar 1.36 percent – and populous India with 1.14 percent.

"Committing modern slavery becomes easier amid high levels of discrimination and prejudice, marking some people in society," explains the index, which uses seven variables to measure the extent and types of discrimination.

These include factors based on sexual orientation, disability, immigration status, ethnicity, women’s political and economic rights, and the level of income inequality in a country.

“Statistical testing confirms the relationship between discrimination and prevalence of modern slavery,” it underlines.

With the exception of North Korea, all countries have national laws criminalizing at least some form of modern slavery, says the index, which criticizes the lack of effort and services by governments worldwide against such practices.

Norway is singled out as among the few countries offering holistic services for victims, while only the United States, Brazil and Australia are listed for their efforts to address modern slavery in government procurement and in business’ supply chains.

In Southeast Asia, Cambodia was ranked as having the highest percentage of its population in modern slavery at 1.03 percent, followed by Thailand and Brunei tying with 0.71 percent, and Malaysia with 0.48 percent.

The lowest percentage was recorded among Taiwan, Australia and New Zealand – all receiving 0.013 percent.

The index, which incorporated a new rating system for government initiatives against such practices, placed North Korea and Hong Kong at the bottom of their list for the region.

On the other hand, the Philippines received the third highest rating for making comparatively strong efforts with limited economic resources due to its criminal justice responses.

It warned that nationals - particularly from Asia - who migrate for low and semi-skilled job opportunities abroad are disproportionately vulnerable to forced labor.

The survey highlighted the Thai government’s refusal to recognize Muslim Rohingya - an ethnic group from Myanmar vulnerable to labor exploitation - and to offer them much needed protection.

Since June 2012, tens of thousands of have fled violence and hardship in Myanmar’s western Rakhine State in order to seek employment.

It noted that the Asia Pacific region is also faced with human trafficking for forced marriage and “baby-trafficking,” or the selling of babies under the guise of adoption.

The index concluded that a high prevalence of modern slavery in South and Southeast Asia reflects that many countries in the region provide low-skilled labor at the production stage of global supply chains for various industries "including food production, garments, and technology."

Meanwhile, the report found that Turkey had the highest cases of modern slavery in Europe, with 185,500 cases.

Turkey ranked in 15th place in terms of prevalence with 0.248 percent.

The survey said the figure reflected the high number of child marriage, forced labor and trafficking for sexual exploitation in the country.