'No Egyptian reconciliation without Mursi return'

"Gamaa Islamiya's position is a position of principle, and it is to not participate in a government that came by way of the army's tanks," Hammad said in an interview. 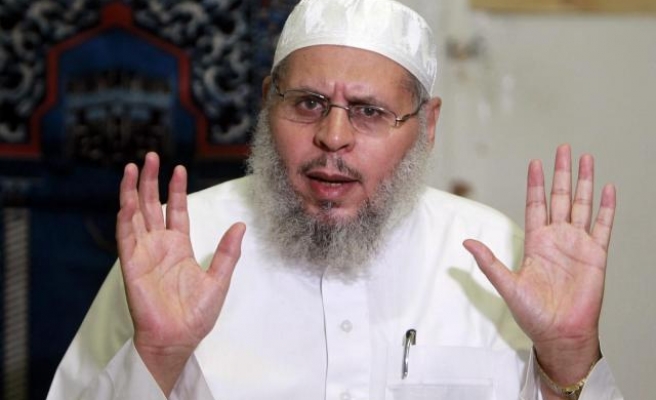 Reconciliation between Egypt's Islamist and secular politicians is impossible unless deposed President Mohamed Mursi is reinstated, a leading Islamist told Reuters, but played down any suggestion that his movement might return to its violent past.

Abdel Akhir Hammad, spiritual leader of al-Gamaa al-Islamiya, said that joining an army-backed transitional government or participating in elections would amount to giving his group's blessing to military rule.

"Gamaa Islamiya's position is a position of principle, and it is to not participate in a government that came by way of the army's tanks," Hammad said in an interview in the southern city of Assiut, where his group was formed in the 1970s.

The army toppled Mursi earlier this month and has struggled to persuade the Islamists, who have dominated elections held since a 2011 uprising ousted autocrat Hosni Mubarak, to sign up to its political transition plans.

Gamaa Islamiya waged a bloody insurgency against Egyptian security forces in the 1990s in an attempt to overthrow the Mubarak government and create an Islamic state. It was blamed for the 1997 massacre of tourists at an ancient Egyptian site in Luxor but after hundreds of deaths and thousands of arrests, the movement eventually renounced violence.

Hammad's views in the interview, conducted on Saturday, were personal. However, they give an insight into the thinking of a group that has significant political sway in southern Egypt and has been one of the most reliable allies of Mursi's Muslim Brotherhood, Egypt's biggest Islamist movement.

His comments underline the authorities' problem in winning over Islamists, whom the government needs to create consensus, restore stability and take some unpalatable steps to heal the ailing economy, such as cutting fuel subsidies.

At the same time the Islamists, including the Brotherhood, face an uncertain future as their demand for the return of Mursi - who is being held incommunicado at an undisclosed location - seems increasingly impractical.

Hammad said it was unlikely members of Gamaa Islamiya, which formed a political party after Mubarak was deposed, would return to violence - although it was possible some young members of other groups could if they lost hope in politics. "We had a horrible experience with the old regime and its conclusion was that we discovered violence only begets violence," he said.

Egypt's interim authorities have laid out a transitional "road map" that foresees parliamentary elections taking place in about six months.

A spokesman for Egypt's interim president Adli Mansour said that authorities expected most Islamist movements, including the Brotherhood, to join in reconciliation. The Brotherhood said it would never yield on its demand for Mursi's return.

The ultra-conservative Nour Party, second in size in the Islamist camp to the Brotherhood's Freedom and Justice Party, has advised authorities on the transitional process, although it formally withdrew after soldiers shot dead 53 Brotherhood supporters at a protest last week.