Obama plan to 'Power Africa' gets off to a dim start

The first African-American U.S. president, the son of a Kenyan father, Obama has often been criticised for a lukewarm engagement in Africa, consisting more of words than deeds. 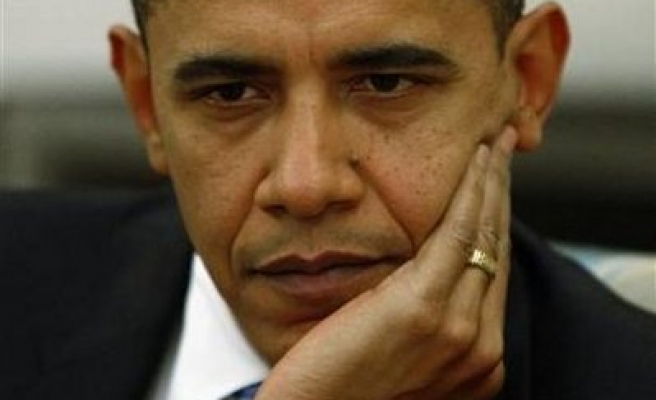 Barack Obama last year told a cheering crowd in Cape Town that a $7 billion plan to "Power Africa" would double electricity output on the world's poorest continent and bring "light where currently there is darkness".

A year later, the U.S. president's flagship project for Africa has already achieved 25 percent of its goal to deliver 10,000 megawatts of electricity and bring light to 20 million households and businesses, according to its annual report.

But the five-year plan has not yet delivered the power.

Power Africa has not measured its progress by counting actual megawatts added to the grid but promises of additional power made in deals it says it helped negotiate, according to sources inside the project and documents seen by Reuters.

Some projects facilitated by Power Africa -- a programme operated by the U.S. aid agency USAID -- were under way years before the scheme's inception, others are still in the planning stage.

It is unclear how much of the $7 billion Obama pledged has actually been spent or if a further $20 billion in private sector investment commitments will materialise.

"Saying you've met targets on projects that might never happen or taking the credit for projects that have been worked on for years makes me uncomfortable," a source working on Power Africa told Reuters. "It's misleading."

Obama's pledge to double power generation in Africa within five years looked highly ambitious from the start. Per capita electricity output in Sub-Saharan Africa has been flat for three decades because most promised power plants never get built.

"We're dealing with megawatts on paper, rather than on the grid," a second source working on the project said.

"Is that really what Obama promised?"

The first African-American U.S. president, the son of a Kenyan father, Obama has often been criticised for a lukewarm engagement in Africa, consisting more of words than deeds.

The 48 countries of Sub-Saharan Africa, with a combined population of 800 million, produce roughly the same amount of power as Spain, a country of just 46 million. This constrains Africa's growth and keeps hundreds of millions in poverty.

Power Africa coordinator Andrew Herscowitz told Reuters there had been some confusion about the role of the programme. He said it was always intended to "expedite transactions", facilitating private investment rather than handing out aid.

Herscowitz said Power Africa was there to help the private sector deliver electricity and it had already negotiated commitments from companies worth $20 billion, although he did not know how much of this money had been spent.

"We're like a pharmacist, where people come to us, we reach out to people and figure out what is needed," he said.

"In some projects we may have a lot of involvement and in some we have very little involvement."

Foreign companies sign billions of dollars of agreements with African governments to build infrastructure every year, although a large number never get built.

More than three years on, 1.7 percent of that money has been spent, according to the programme's website, which gives no detail on progress on the ground.

Memoranda of understanding Power Africa signed this year with its six focus countries -- Tanzania, Nigeria, Kenya, Ethiopia, Liberia and Ghana -- contain less than $100 million of financial commitments targeted at specific countries, most of which is for consultants.

As with many African aid projects, rights groups have criticised Power Africa as mostly being a vehicle to subsidise U.S. companies.

Documents show $5 billion out of the $7 billion pledged is for loans for U.S. exports from the government's Export-Import Bank (EXIM) and Overseas Private Investment Corp. (OPIC).

TURN ON THE LIGHTS

"It's absolutely not true. Power Africa is an opportunity to turn on the lights for millions of Africans by taking investment from all over the world," Herscowitz said.

The NextGen project website, however, says a power purchase agreement for the solar project was signed in January 2013, six months before Power Africa was launched.

It is by no means guaranteed that the Power Africa programme, which has an initial five-year mandate, will continue or be seen as a priority when Obama's final term ends in two years, U.S. government sources told Reuters.

In addition, the investment banks EXIM and OPIC are fighting for their survival in Congress, where Obama's Democratic Party was severely weakened in mid-term elections this month.

In a change of tack, the U.S. government said this month it wants to partner with China on improving power in Africa.

Meanwhile, corruption in the countries that Power Africa operates in remains a problem.

Nigeria's state oil company was accused last year by the then central bank governor of withholding $20 billion in oil funds due to the government, while Tanzania's parliament is currently reviewing a report on graft in its energy sector.