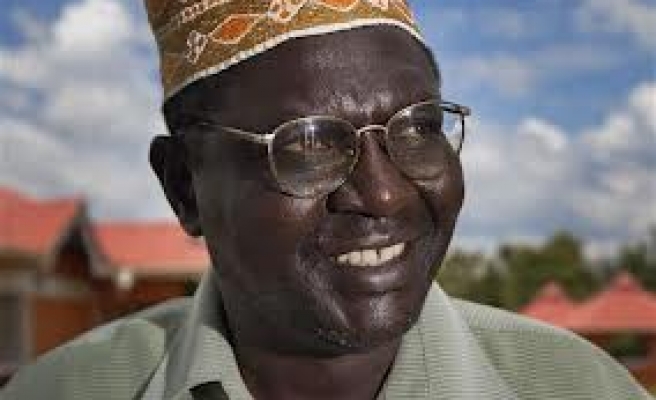 Malik Hussein Obama, the half-brother of US President Barak Obama, has denied allegations that he has links to the Muslim Brotherhood.

"I know of those claims and they are circulating on the internet," Malik told Anadolu Agency in a phone interview.

He described the claims as "utter nonsense."

An Egyptian lawyer has recently lodged a complaint with the Egyptian prosecutor-general to place Malik on Egypt’s terror watch list over allegations of links with the Muslim Brotherhood, the group from which ousted Egyptian President Mohamed Morsi hails.

Tahani al-Gebali, a former judge of the Egyptian Supreme Constitutional Court, has accused Malik of being responsible for the Brotherhood's investments in Africa.

"I have never been to Egypt, and anyway, who wants to get into the chaotic situation that now reigns in that country?" Malik said in response to a question about whether he had been to Egypt or intended to visit soon.

"I am a Muslim, yes, but I don’t promote hate, violence or associate with any extremist groups in my life," Malik insisted.

He insisted that had the claims been credible, both the Kenyan and international press would have picked up the story much earlier.

"I am a peace worker with a registered foundation for doing both peace and charity work."

He emphasized his role in promoting global peace.

"As the head of the large Obama family, I am doing my bit in promoting peace globally and development of humanity through the Barack H. Obama Foundation, which I have founded, as my bother does his bit for the American people and the world."

Malik said he recently toured Turkey, Macedonia and the Balkans where he was awarded "The Balkan Charter of Peace" by the Balkan Club of Peace, which groups 12 countries, in recognition of his role in the promotion of peace.

Malik blamed the circulation of such accusations on Walid Shoebat, a Palestinian, and Jerome Corsi, an American.

He claimed the two were waging "a smear campaign" not only against him but also against President Obama, his half-brother.

"These two people are after me because they want to get to my brother, Barack Obama, the US president, and hurt him to distract his attention from serving the American people and the world," he told AA.

Malik said claims linking him to the Muslim Brotherhood should be disregarded as the two men were "known for their penchant for peddling falsehoods."

He claimed Shoebat was a former Muslim who renounced the faith and allegedly harbored "a vendetta against Muslims, my brother Barack and the Israelis."

Malik said it was publicized that Corsi’s attempt to use Kenyan soil to wage a campaign against Obama's re-election was aborted last year after Kenyan authorities deported him.

Malik, who ran as an independent candidate - but lost - to become governor of his Siaya County in western Kenya's Nyanza, said he was yet to decide if he will re-run for the seat next month.

A by-election has been ordered for the county following the nullification of the election of Cornel Rasanga as the Governor by a High Court sitting in Kisumu, Kenya’s third largest City.

"I am currently doing a lot of community development work at our ancestral home in Kogelo, Siaya, through the foundation which I set up in memory of my father, building bridges, schools and helping the less privileged."