Abbas's mandate as Palestinian Authority president theoretically expired in January 2009, but officials say the constitution gives him the right to remain in office until new elections are held 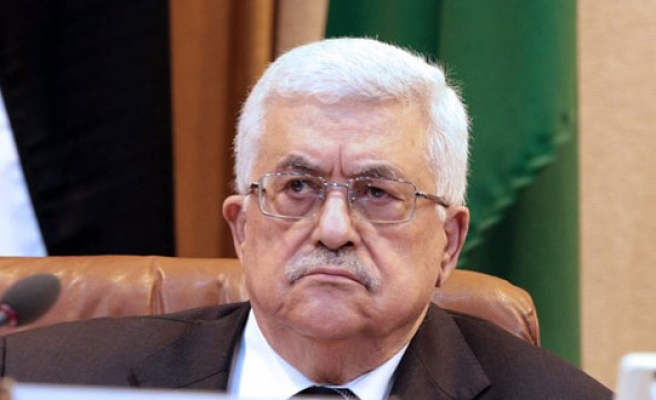 Most Palestinians have known only two leaders: Yasser Arafat, the stubble-chinned firebrand fond of chequered scarves and olive fatigues, and Mahmoud Abbas, a smooth-shaven father figure who favours Western suits and ties.

Arafat died in Paris in 2004, having led the Palestine Liberation Organization since 1969, and Abbas has been in the driving seat since, trying to forge a still-elusive peace deal with Israel.

Abbas, 79, shows no signs of ill health and continues to travel widely, visiting France this week before heading to New York for the UN General Assembly next week, the annual jamboree that provides Palestine with a global stage.

But he says he will not stand in future elections, so it is only a matter of time before he passes the baton to a new leader, one whom the vast majority of Palestinians - 4.4 million in the West Bank and Gaza and nearly 7 million elsewhere around the world - hope will lead to the foundation of an independent Palestinian state.

The problem is that Abbas has not named a successor and shows no inclination to do so, and no one has emerged as a natural heir. Even those closest to him are left guessing who is best placed to take on the leadership.

It is a strategy that may serve a short-term purpose, but it raises longer-term questions about democratic accountability, political vision and the sort of personality that will eventually take the helm in statehood negotiations with Israel, if and when they ever resume.

"He doesn't have a protege, he hasn't facilitated a system in which people feel they can rise to the top," said Grant Rumley, an expert on Palestinian affairs at the Foundation for Defense of Democracies in Washington, D.C.

What's more, political analysts say, he has moved to sideline several potential rivals over the years, most recently Salam Fayyad, his former prime minister, who perhaps spoke too freely when he mentioned to a U.S. newspaper in 2012 that he might try his hand at the presidency some day.

"It's becoming an urgent matter," Rumley said of the absence of a single leader-in-waiting.

Others are more blunt about what they see as the failure of the political class to plot a clear course.

"There's really no strategy," said Rami Khouri, a researcher at the American University of Beirut. "Abbas is acting like a typical Arab leader who is comfortable in his position and doesn't quite know what to do about what may come next."

Closer to home, one Palestinian diplomat who works in Ramallah, where Abbas is based, describes him as becoming "a bit like Samson in the temple, ready to bring the whole structure down" around him with little heed to the consequences.

Since Abbas formally took office as Palestinian Authority president in January 2005, the ground has shifted beneath him, complicating almost every political calculation he and his once-dominant party, Fatah, has had to make.

The resistance movement Hamas, founded in Gaza in the 1980s, has risen to prominence, winning Palestinian parliamentary elections in 2006 and shaking the foundations of Abbas's power by opening people's minds to an alternative to Fatah.

Ismail Haniyeh of Hamas served as prime minister under Abbas for a year before being dismissed in June 2007, when tensions between the two parties boiled over in Gaza.

As a result of those internal splits, the Palestinian parliament has not properly met since 2007, and legislative elections scheduled for January 2010 never took place.

Abbas's mandate as Palestinian Authority president theoretically expired in January 2009, but officials say the constitution gives him the right to remain in office until new elections are held - combining the parliamentary and presidential cycle - for which no date has yet been set.

In April, Fatah and Hamas sought to bridge their differences and agreed to form a "unity government". When that deal was finalised in June, Abbas said elections would be held "within six months", which appears ambitious.

"There are enough people who are qualified for the presidency and enough people who have the ambition," said Ghassan Khatib, a professor of politics at Birzeit University in the West Bank and a former government minister, who believes Fatah, despite its image problems and the nagging allegations of high-level corruption, would emerge victorious over Hamas.

Five or six names are consistently mentioned by Palestinian officials, European and American diplomats and others.

Perhaps the most prominent is Majid Faraj, the head of Palestinian intelligence, who has won plaudits from the Americans, including the CIA, for assistance that led to the capture of Abu Anas al-Libi, wanted for the 1998 bombing of the U.S. embassy in Libya.

Faraj, who is in his early 50s, has been brought in to take part in negotiations with the Israelis and Americans, earning respect from both. A fluent Hebrew speaker who has spent six years in Israeli jails, Faraj is regarded as a sharp pragmatist with the 'get-it-done' mindset of a major-general.

On the downside, while he grew up in a refugee camp outside Bethlehem, which gives him credibility on the Palestinian street, he has no real political base and does not speak English well, limiting his international reach.

"The Americans love him and the Israelis love him," said Rumley of the Foundation for Defense of Democracies. "He's about stability and security - basically U.S. policy - keeping things calm and keeping the status quo."

A more radical possibility often talked about is Marwan Barghouti, a leader of the two uprisings or intifadas against Israeli occupation, who was convicted by Israel of five counts of murder in 2004 and handed five life sentences.

There is often hope among Palestinians that Barghouti will be freed in a prisoner release negotiated with Israel, but the prospects of that, most commentators agree, are slim.

It is, however, possible that he could be elected while in prison, allowing supporters to cast him as something of a Nelson Mandela figure.

Asked by Reuters what his prospects were as a leader, Barghouti replied in writing from prison: "The Palestinian leadership has so far failed to achieve freedom, the right of return and independence. It's the people's right to choose whom they deem appropriate to achieve their will according to free, fair and democratic elections."

A third possibility is that Fayyad, 62, the former prime minister, manages to build a support base and make a challenge. But he has always been regarded as more of a technocrat - he is a former IMF official - than a political animal, and his style does not easily resonate with the man in the street.

Another oft-mentioned name is Jibril Rajoub, a former head of internal Palestinian security and a senior figure in Fatah who now runs the Palestinian Football Association and the Olympic Committee. While not afraid to mix politics and sport, those around him say his political days are behind him.

That leaves two people with very different backgrounds and styles who may well yet emerge as the strongest candidates - Mohammed Dahlan and Mohammed Shtayyeh.

Shtayyeh, 56, is a sharp and polished economist with a PhD from the University of Sussex who has risen through the ranks of Fatah and taken part in negotiations with Israel. He now heads a Palestinian investment and development fund that has made him a critical driver of the economy.

"Shtayyeh may well be the top candidate," said Rumley. "If there's a long, drawn-out process to decide who is the next leader of the Palestinians, Shtayyeh is the guy."

Dahlan, 52, is a former head of Fatah in Gaza and accused of human right violations who was close to the British and Americans.

His star looked to have fallen when his U.S.-funded militia was routed by Hamas militants in 2007, but he has resurfaced in the United Arab Emirates, where he has raised vast funds for Palestinian causes and become a thorn in Abbas's side with critical comments about his leadership.

Dahlan's money, his upbringing in Gaza and his straddling of politics and militancy make him a powerful force, but he has also been accused by rivals of being too close to the Israelis and the Americans and is perceived as juggling too many competing interests.

And the presidency might not be in his sights, according to a European diplomat who has had dealings with him.

"He's a puppet master," the diplomat said. "He would rather pull the strings above the head of whoever does end up being the next president."